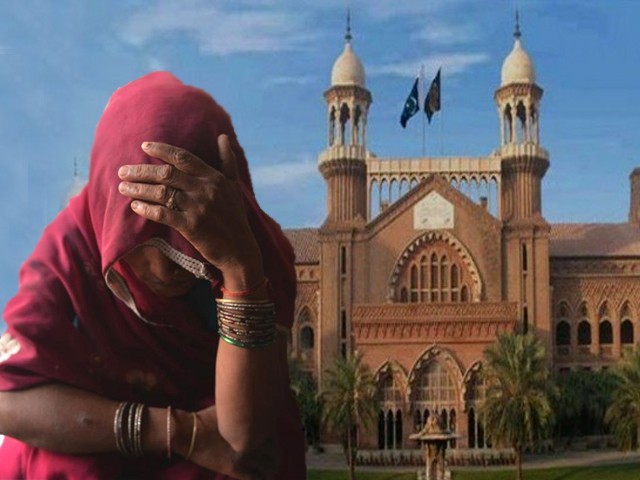 A recent verdict of the Lahore High Court (LHC) has laid appropriate emphasis on the award of both criminal and civil compensation for rape victims. In the contemporary judgment of Nadeem Masood vs The State, Justice Anwarul Haq, while invoking Section 376 of the Pakistan Penal Code (PPC), not only sentenced the convict to 20 years of imprisonment but also ordered the offender to pay compensation of Rs0.1 million to the victim and another one million rupees to the child born out of the rape.

This judgement, however, comprises part of the population of less than five per cent of Pakistan’s rape cases that actually result in a conviction and came to a resolve after almost five years.

Following the amendment to the controversial Zina Ordinance 1979, and PPC through the Protection of Women (Criminal Law) Amendment Act 2006, section 376 PPC states that,

“(1) Whoever commits rape shall be punished with death or imprisonment of either description for a term which shall not be less than 10 years or more than 25 years and shall also be liable to fine.

(2) When rape is committed by two or more persons in furtherance of common intention of all, each of such persons shall be punished with death or imprisonment for life.”

Despite the laws being extensively revised, no one can safely conclude that the modifications have led to a measurable decrease in incidents of rape across Pakistan – the Kasur sexual abuse scandal can be cited as supporting evidence to this claim. One cannot also place reliance on the reported rape cases statistics available as majority of the rape cases go unreported. Experts in the field have suggested that reported cases are but the tip of the iceberg and actual cases may be significantly higher.

Nevertheless, we can certainly concur that notwithstanding the offence of rape being punishable by fine, imprisonment, and even death penalty, the punishments would only act as a deterrent to rape if they are consistently and effectively enforced over a period of time.

The abovementioned ruling of Nadeem Masood vs The State is a rare case in point that not only indemnified the victim, but also the child born as a result of the rape with supporting citations from the Hadith and Indian and Bangladeshi case precedents – albeit the ballpark figures awarded as compensation must undoubtedly be questioned as ‘appropriate’ or not, as no amount of money can underwrite the physical and psychological damage suffered by a rape victim and Rs1 million is certainly not enough to raise a child.

The compromised law enforcement for rape victims in Pakistan has generally been attributed to its patriarchal set-up and socio-cultural norms which have given birth to a complex and rather inaccessible legal and procedural framework for seeking justice in such cases. The reluctance to report rape cases is not only a consequence of protecting family ‘honour’ but also the convoluted legal procedures involved that ultimately result in delayed, reconciliatory or no justice at all – even ‘justice delayed is justice denied’.

Judgments such as Nadeem Masood vs The State must be applauded and highlighted time and time again in the media. However, such decisions are relatively painless wins for Pakistan’s law enforcers as these are single individuals accused. Where there is more than one accused in a rape case, for example gang rapes, the courts have been reluctant to award a sentence, as the prescribed penalty is death or imprisonment for life. Take for example the Mukhtaran Mai case, where those accused of the gang rape were eventually acquitted. The disinclination from judges to apply capital punishment in rape cases has also severely handicapped the spirit behind the extortionate punishment, that is, prevention of sexual abuse.

Additionally, the wearisome chain of command involved in pursuing a rape case (from the police to various authorities to lawyers to judges) in a male-dominated culture is itself a discouragement to even initiate a First Information Report (FIR). In the absence of expectation of a fair treatment from the subordinate hierarchical avenues, the onus lies on the chief authority, judges, to implement laws impartially but rigorously.

Many have cited lack of education, sexual frustration, and laws as reasons behind a crippled justice available to rape victims. While it could take centuries to rid Pakistan (for that matter the world) of patriarchy and high testosterone levels in men (pun intended), with the judges having been armed with a largely apt technical legal structure for rape laws in Pakistan as an aftermath of Protection of Women (Criminal Law) Amendment Act 2006, the ball is now in the judges court to enforce an accountable justice system for rape victims by taking bold and daring decisions and put into effect punishments that reflect the spirit of the law – even if it means a death penalty.