Should the Gulf states be wary of the revolution tsunami coming their way? 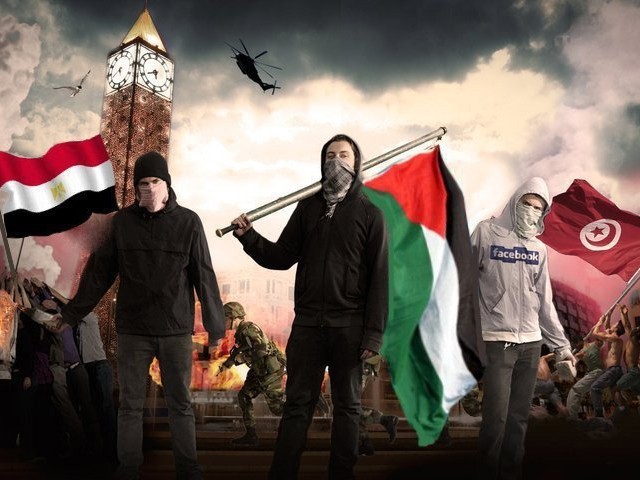 Socio-political change is happening across the globe at a pace not previously experienced in history. This is particularly true within the Gulf States.

Each day, growing unrest is visible through dissident activity, protests, strikes, and violence. Frustration and anger once repressed is now acted upon. Unprecedented access to communication technologies and the proliferation of social media tools offer platforms for disadvantaged and repressed people to gather, collaborate and make themselves heard – even if only to others in their situation. Media outlets, YouTube videos, Twitter, and Facebook posts spread messages that embolden marginalised people and activist networks into individual and collective action.

Rulers of some Gulf states fear an Arab Spring that will bring revolution to their kingdoms. They have good reason for concern – this revolution is a silent one. It moves gradually, erodes traditional security paradigms and has already been set in motion within the societies of most Arab states. This tsunami cannot be stopped.

Bahrain and the United Arab Emirates (UAE) provide two examples of how contrasting internal security threats pose significant challenges to maintain stability within their societies. In the UAE, 80 per cent of the population is comprised of non-Emirati citizens, with more than five million migrant workers from South Asia. The majority of these workers have no protection from extortive business practices, means to voice complaints, employment rights, or even decent living standards. They are repressed, oppressed, and are increasingly incensed into demonstrations against their mistreatment, which threatens their own meagre source of income.

Although protests are not commonplace in the UAE, unrest is growing and demonstrations are moving out of rural areas and campsites to urban centres. A recent strike by hundreds of workers blocked traffic on Festival road and Boulevard area in Downtown Dubai, illustrating the mounting problem.

Worker strikes and protests are considered a security threat in the UAE, where tourism, investment and pluralism are the images it attempts to project.

However, as per Al Jazeera, ‘UAE citizens – who are a minority – believe the idea of independent trade unions for foreigners is unfathomable’.

Migrant workers demanding ‘unlawful’ rights are often sent back to their host nations. Those that remain, face repressive tactics such as a heavy police presence, which is considered precautionary. Reinforcing these activities is the Emirati media that depicts such events as isolated incidents directed toward a specific company or related to a particular issue.

State controlled news outlets fail to report the conditions that cause the events and dismiss any pattern or escalation of activities. Until issues regarding unfair employment practices, poor pay, inferior safety standards, and conditions in labour camps are resolved, worker unrest poses an immediate and direct threat to broader Emirati internal and external security. It is not a question of if, or could, but when.

In Bahrain, regional tensions exacerbate long-standing ethnic divisions. Since the Arab Spring, Bahrain has witnessed increasing violence between Shia and Sunni Muslims, culminating in a violent crackdown in 2012 when Saudi security forces crossed the border to crush a non-violent protest at the Pearl Roundabout, now Farooq Junction. Shia Muslims are the majority in Bahrain comprising around 60 per cent of the population.

However, they face widespread discrimination, such as being excluded from top political and security posts and report almost universal dissatisfaction with the government, which is run by the Sunni minority. Similarly, Bahraini Sunni Muslims feel sacrificing human rights for national security is absolutely justified, while Bahraini Shia Muslims feel it is not at all justified. With no voice or representation, Bahrain’s Shias have little to no confidence in parliament, political societies, courts, or the police, which presents a huge security challenge to the government should the Shia mobilise.

Shias want representation and respect, they want housing and education, they want security. Instead of addressing the legitimate concerns of its citizens, Bahrain leaders rely on Saudi Arabia and implement repressive tactics to stamp out unrest when it foments.

There are moderates within both countries who realise that enduring security will not be achieved through violence. For example, Bahrain’s King, Hamad bin Isa al Khalifa has made attempts to reconcile with Shia leaders in the aftermath of the 2012 violence, but offered no concessions to Shia demands.

Unfortunately, the majority of Gulf countries rely on Saudi Arabia and replicate its authoritarian security approach that uses repressive tactics to silence segments of its population. Examples of measures that have been recently implemented include crackdowns and mass arrests against suspected dissidents and terrorist networks and anti-terror laws that prohibit freedom of speech and violate basic human rights. These are on top of existing measures that include ‘torture, arbitrary detentions and excessive use of force against peaceful activists and government critics’, as identified by Amnesty International in a recent report.

Compounding internal challenges within Gulf countries are regional rivalries, hence there is always a well-funded government willing to support discontented citizens to distract competitors with internal security issues. With the signing of the P5+1 nuclear deal, Iran may soon re-enter the game. Iranian agents are known for stirring up trouble in labour camps of other Gulf countries, where poor safety measures, bad working conditions, and low pay predisposes migrant workers to inciting unrest. Iran will now have more money, an immediate $100 billion once foreign accounts are unfrozen to finance proxy forces. The paradigm shift leaves Gulf countries little room for error. Continuous repression against segments of the population, activist groups, and migrant workers will be a festering wound Gulf countries cannot deal with in the face of increased Iranian influence and aggression.

Like most Gulf countries, as per BBC, ‘Saudi Arabia is tragicomically caught in the huge gap between the image it tries to project and the reality it pretends does not exist’.

Violence begets violence and continued repression and crackdowns combined with ever-increasing regional tensions provide greater opportunity for disadvantaged persons to engage in social unrest and violence. Without their demands addressed, disenfranchised individuals and groups add fodder to an already precarious security environment in the Gulf region. Leaders of the Gulf countries must act quickly before perilous security practices, sparked by social media or enemy state machinations cause a social ground swell that may challenge their monarchies. The eyes of the world are focused on the Middle East and its leaders. How they respond to the existing conflicts and their internal security challenges will impact the futures of their counties and the region.

To meet the emerging security challenges, governments will need to address the social conflicts that exist within their own borders in order to deter external forces from spreading their influence. Engaging not repressing through meaningful dialog that address the root causes of discontent is the only means to achieve an enduring security.

Emma Moore – an international relations specialist with a focus on security and Latin America, which includes community-level experience on the role of women, peace, and security efforts as well as war psychology – also greatly contributed to this blog.

James R. Sisco is the founder and president of ENODO Global Inc., a risk advisory firm that conducts population-centric analysis to solve complex social problems in dynamic cultural environments. He tweets as @enodoglobal