Why did we have to rely on Brandon Stanton or Kim Driver to portray us positively? 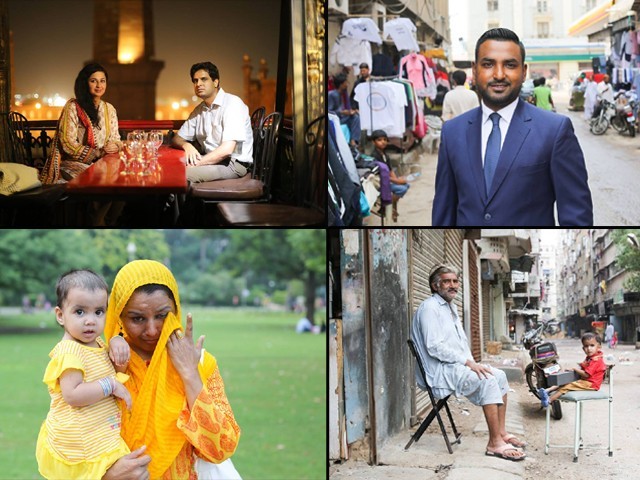 Needless to say we must learn from Stanton, he taught us a lesson by doing what he did. Through his art he promoted, what you and I should have promoted much before him. PHOTO: HUMANS OF NEW YORK FAECBOOK PAGE

Brandon Stanton has done a great service to Pakistan, but what have you done for your country?

Of late, my Facebook newsfeed projected a new Pakistani face every morning, credit Humans of New York (HONY), and a wonderfully fascinating story to go with it. There were moments I sat crying, moments of awe, moments of elation, moments of gratitude to Stanton for projecting to the world an image of Pakistan that is so awesome in its depth, humility, reality, humanity and simplicity.

His wrap-up titled ‘A final word on Pakistan’, and the parting shot of the ‘Magnificent Seven’ (seven beautiful little boys) inspired a comment on Facebook by a young lady named Kim Driver, which became viral as well.

Kim, you are a brave lady for having the courage to say out loud what many would not say, for saying it like it is. It takes guts to tell the truth, and as Stanton mentioned in his ‘final word’, many will jump on the bandwagon of name calling and doubt, but few will voice a positive encounter or thought about the people of Pakistan, for the fear of being judged.

I started writing this article focusing on the opinions of non-Pakistanis, and their impression and perception of Pakistan, after having met us in their country, or ours, not through the media but as a real people. Hence, to get a sample of the impressions of the non-Pakistanis, I put the following question as my Facebook status:

“What is your impression of Pakistanis after having met us as individuals at a personal level, rather than what you had assumed about us through the media? To all American Born Confused Desi (ABCD) kids, when you visit Pakistan with your parents, what is the first thing that strikes you about Pakistan, besides the heat and mosquitoes?”

I have many non-Pakistanis Facebook friends, and some chose to respond. The ones who did were wonderful with their choice of words while narrating their Pakistani encounters.

My Italian-American friend used the following adjectives to describe Pakistanis as:

My Persian-American friend was most kind too,

“Warm, intelligent, trustworthy, beautiful and talented. Wonderful people they are.”

“They are kind, gentle and dedicate whole-heartedly to their families and community, very patriotic Americans and a peaceful people.”

My American friend, who is a former Pan Am staff travelled to Pakistan on several occasions, had said,

“My experiences with Pakistani people have been pleasant. When I flew for Pan Am, I encountered many Pakistani passengers and it was great. I had layovers in Karachi, the people I met there were kind, informative and friendly.”

My Moroccan friend added to the conversation by saying,

“I have interacted with Pakistani people more than any other community. In laconic words, I can say they are great; respectful, friendly, family and education oriented.”

A friend who has worked at a managerial position at world-class holiday resorts, and encountered many Pakistanis, had to say the following,

“As with everything, broad stereotyping is never advisable. My contact with Pakistani people here in America has been positive. Hard working, educated, kind and family oriented.”

“When I put on my American hat and talk about my impression, through the ‘western media of Pakistanis versus what Pakistanis are really like’ I see a void. There is almost no portrayal of Pakistanis as real people in the western media. Only on CNN, when there is a bomb blast or any kind of negative news. I think in truth, my household is more American in the sense that ABCD kids, for the most part, do not subscribe to desi channels. There are no links to Pakistan that I maintain through the media, except for what is portrayed by the western media. Perhaps the only positive impression of Pakistan in the western media in recent years was the story of Malala Yosufzai. What Stanton has done is amazing, me being a first generation Pakistani, I have learnt so much from his posts.”

As have so many Americans who follow Stanton’s HONY.

Aisha went on to say,

“I think if Pakistanis, and Pakistani-Americans living in the US, want Americans to have more of a positive impression of them, then we must make more of an effort to assimilate, cultivate and propagate what is best about us; our food, our culture, our hospitality, we are such wonderful people. And why do we need the western media to portray us positively? Why can’t we do it ourselves? My observation is that immigrants from Pakistan and other countries prefer to associate with the familiar and don’t cultivate strong friendships with the local population, hence western media fills that gap of creating a negative impression.”

There is much wisdom to what is said, cities such as New York and San Francisco, with a culturally aware, literate and evolved local population have a better understanding of Pakistanis than a resident from Oklahoma City.

Needless to say, we must learn from Stanton, he taught us a lesson by doing what he did. Through his art, he promoted, what you and I should have promoted much before him. We as local media, writers, artists, cultural icons, affluent so-called classes fail our masses every day. We never tell their personal stories, we never give a face to a story, and do not follow through a story. What Stanton did is wonderful, what Kim said is heartfelt and heartening, but what are we doing?

To create a positive sentiment abroad, to make more Kims and Stantons, we have to behave like Kim’s adoptive mother did; she is the real ambassador of Pakistan.

The only way to create positivity is to project the good. We thank Stanton for changing a few hearts towards Pakistan, and we thank Kim for her acknowledgement and her adoptive mother for making us proud; it’s people like her who make the best ambassadors of Pakistan, thank you, you make your nation proud.

Only when you give back to your country, your people, your heritage, and your culture is when you have lived well as an expatriate or immigrant, by giving back to your masses, cultivating its assets and propagating the same, abroad and within.

Your roots keep you humble and your vision makes you soar. It’s time to give back.