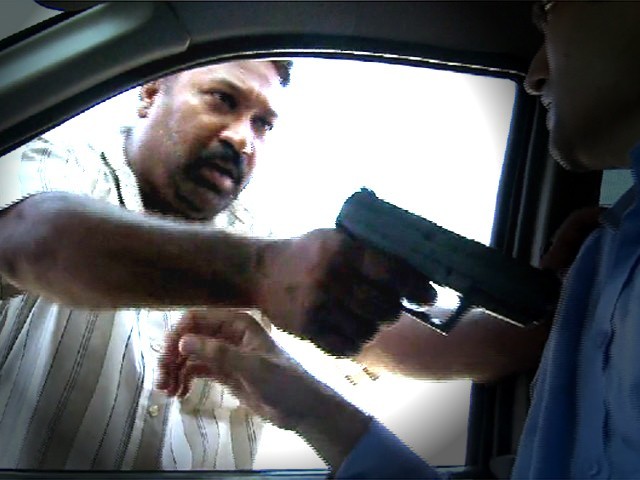 Being gunned down outside a famous restaurant after a meal is hard to come to terms with.

What is the chance of a bad outcome, like death, in Karachi? Based on anecdotes circulated on social media and what you read in the news, you might assume that chances for a series of unfortunate events remain high in this city.

This conception prompted a friend to do some calculations to gauge the chance of an unexpected death in Karachi, compared to any major metropolitan city in the US. Assuming how the calculations were fairly accurate, the bottom line was intriguing.

The likelihood of an untimely, unexpected death was similar in the two places.

Comparing the death rates in Karachi with other cities and countries was perhaps meant to be an intellectual discourse, following the meaningless death of a colleague’s sister in Karachi. Being gunned down outside a famous restaurant after a meal is hard to come to terms with. I speculate it might have been an outcome of a botched cell phone or handbag robbery attempt. Although difficult to rationalise, it is after all, Karachi. Such occurrences are, unfortunately, all too frequently heard and shared. Even a single incident feels like one too many if the victim is known to you. The mind (and heart) tends to assume that tragedy is at everyone’s doorstep in Karachi, irrespective of what the statistics reveal.

Most people, including myself, had not quite come to terms with the tragic demise of our colleague’s sister, but in its wake, a series of emails were exchanged. The objective of the process was meant to be a catharsis of sorts, by providing a forum to vent. Regardless of the likelihood of a bad death being similar in two markedly distinct places like the US and Pakistan, some colleagues were adamant that it was time to pack up and move (or move back, as the case may be) to a safer haven, like the US.

That got me thinking about some traumatic experiences of mine. In the not too distant past, I have experienced two incidents myself that shook me up:

1. My car was shot at. The trajectory was straight through the number plate, back seat and the bullet had then lodged into the glove compartment up ahead. Luckily, or perhaps by divine intervention, my daughter was not in her car seat. The bullet had neatly penetrated the infant car seat, along with the back seat.

2. My house was burglarised. The front door was rammed through and it hung on its hinges. Cabinets, drawers, wardrobes, kids’ toy chests, everything had been rifled through. The burglar alarm was ripped off the wall and thrown on the ground, rendering it ineffective. The telephone cable outside had been cut. Luckily, all this happened while we were out for dinner.

What if we had been home and the burglars had decided to force themselves on us and our kids?

The thought sends chills down my spine.

The instances above also form a part of the statistics – a game of luck and chance, perhaps.

You might have assumed that it occurred to me in Karachi.

Sorry to burst your bubble, but both episodes, now etched in my memory, were in two different localities of Houston, Texas, where I lived for a long time, prior to my relocation to Karachi two years back. They occurred over a five-year period, from 2008-2012. The burglary happened in one of the best, and presumably safest, neighbourhoods of Houston.

Perhaps, I am a harbinger of bad news for saying that assertions that claim upscale neighbourhoods of the US are far safer than their counterparts in Karachi stem from a false sense of security. My basic premise is that when an unfortunate, unexpected event happens to you, you become a part of the statistics, and that then becomes your reality, no matter what the odds of that occurrence are. So, delving into percentages and likelihoods to explain or rationalise poor outcomes seems to be an exercise in futility.

Perhaps the same goes for what ‎happens in Karachi. If something bad happens to you then the odds of it happening in Karachi is a meaningless discussion point, in my opinion. Or in the words of a friend,

“Statistics provide little comfort when you are the victim.”

How you deal with the probability of an adverse outcome, being beyond the scope of this blog, will be a story for another day.