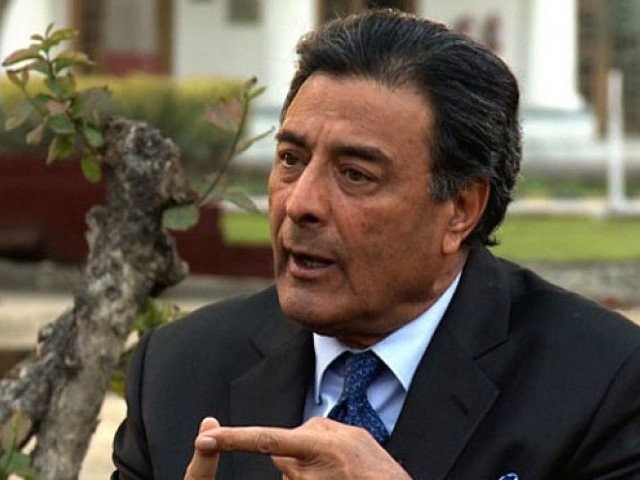 Shuja's death is a testament to his sincere efforts. PHOTO: REUTERS

Patriotic, graceful, sharply dressed, eloquent, polite, and charming, this was my first impression of the Punjab Home Minister Colonel (retd) Shuja Khanzada. I first met him as a colleague in the Provincial Assembly of Punjab in 2008. I was 27-years-old and Khanzada became an inspiration at first sight.

His careful selection of words, composure, integrity, and infectious optimism were something to look up to for newcomers in the infamous field of politics.

Khanzada was one of the politicians whose presence made me believe, and repeatedly assert that there are several sincere, patriotic, and honest people in our assemblies, only they fail to get much public attention owing to lack of scandals and being devoid of moral or ethical turpitude.

Khanzada was not an alien imported from another planet or another country. He was as Pakistani as the corrupt elements of our society. His life and death is a reminder for us voters to send more people like him to the assemblies.

In the wake of terrorism and our country’s effective engagement in the war thereupon, Khanzada held the most significant responsibility in the Punjab cabinet. A responsibility he fulfilled to the best of his ability. His death is a testament to his sincere efforts.

He was neither sitting behind a bullet proof glass, nor 50 feet away from the people who elected him and whom he served. He lived among them and died among them. He was the home minister of Punjab, law enforcement agencies were under his command, yet he did not surround himself with armed public servants. He was aware of the threats to his life, and no, he was not callous. He put the lives of his people before his own. He was brave, courageous, and sincere to the people who depended on him for eradicating the animals that we know as terrorists.

The cowards responsible for his death may be celebrating this as a victory. But in Khanzada’s death, resonates a loud and clear message from the peace loving people of Pakistan; we still have some Safwat Ghayyurs, Fayyaz Sumbals, Chaudhry Aslams, Bashir Bilours and Shuja Khanzadas amongst us.

They don’t hide behind brainwashed suicide bombers; they stand tall in the open as a display of their faith in God, calling you out from your holes where you hide. Your last will have been long sent to hell before our last patriot becomes a victim of your shameless cowardice and barbarity.

Khanzada was leading the fight being fought for us. He risked and lost his life so that we could live in peace. His death will not be forgotten, but more than that, it needs to be remembered. The terrorists need to know that they may have killed one more patriot, but have reinvigorated patriotism in thousands of us.

After many years, I felt an air of optimism and patriotism on this August 14. I may be wrong, but the fire of national spirit seems to have been reignited after all these years. Let this attack on our patriot brother be fuel to this fire. Let’s stand behind those who continue to fight this menace, and push forward those who show any reluctance.

Let not all the Khanzadas have died in vain. Above all, let’s stand firm and united against any and all forms of extremism.