68th Independence Day: Liberation from the prejudices of the past 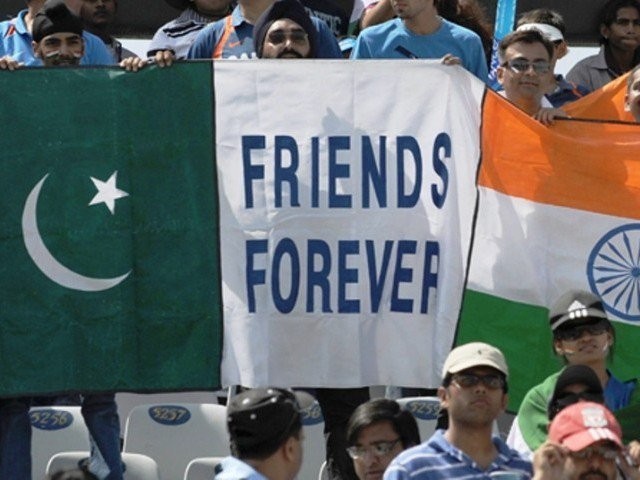 State Department official says it is “very, very important” that such incidents are prevented. PHOTO: AFP

This weekend, India and Pakistan celebrate their 68th Independence Day as two independent nations. Such a solemn occasion is also a time for one to reflect upon and evaluate the journey taken so far. One wonders whether the fury, rage and bloody madness that gripped the countries prior to the independence were justified?

Were the killings in the name of religion perpetrated by Hindus, Muslims and Sikhs justified?

You cannot avoid these piercing questions. History would not allow us to forget the guilt and living in guilt is an unbearable pain.

It is time to reflect upon how much damage the collective guilt and refusal to learn from history has done to more than three generations of people in the subcontinent. Even after more than six decades of Partition, our collective actions and decisions are largely defined by the past rather than the demands of the present. Despite making great economic and technological progress and graduating into nuclear armed nations, the subcontinent lives in a time warp.

Old animosities still construct our understanding of each other. Apart from a boundary, these two nations of the subcontinent share the same history and memories as well. Every day, we dig up a new excuse to bite each other or severe our ties, rather than try to explore the roots that bind us.

The root cause of distrust and animosity between India and Pakistan was the fear of each other. Pakistan, right from its inception, believed India to be an existential threat. There was a strong feeling that in the initial years, New Delhi had not accepted the reality of Partition and this fear was furthered when India facilitated the creation of Bangladesh in 1971. This sense of insecurity, I feel, has been driving Pakistan’s response to India.

India could not reconcile with the division of its western and eastern parts. On top of that, the initial days of acrimony and tension between the leaderships of the two nations, further redefined their responses towards each other.

For more than six decades, we have been prisoners of the past and we refuse to see each other in a new and positive light. Generations have changed, India and Pakistan have undergone massive changes as countries, the world is constantly evolving, but the mind-set in the subcontinent has not changed.

Pakistan in India means extremism, a promoter of cross border terrorism and a major reason for security disturbances in the country. People in India do not grasp the fact that people across the border also suffer from the same threat of terrorism and want to eradicate this menace out as much as we want to. What needs to be understood by Indians is that a large section of the Islamic world thinks that extremism proves to be the bane of existence in society.

A befitting pledge everyone should make this Independence Day should be liberation from the prejudices of the past. It would be a tribute to the history of the subcontinent if we try to develop better people to people understanding between the two nations.

Media is the main medium for communication and it should play a greater role in bringing the citizens of both nations together. France and Germany have been historical enemies, but they came together to create a stable Europe. They do have political differences till date, but they are bound by larger good of the subcontinent. America and Iran are trying to come closer, forgetting their past animosities, because they understand that for greater peace in the world, they have to forgo their historical animosities. Cuba and America remained averse to each other for decades, but even they realised that the time has come for them to break the barrier and embrace each other for the common good of the masses.

New Delhi and Islamabad will also have to change their attitude towards each other and come closer for the greater benefit of the subcontinent. Of course, political differences take time to sort themselves out, but for the sake of prosperity and peace in the region, both nations need to embrace each other and try to bury a past they both have been witness to.

New Delhi cannot think of being a significant player in the world so long it remains aloof from Pakistan. Similarly, Islamabad cannot move ahead economically and cannot weed out extremism from its territory so long it nurtures and grooms anti-India forces. China can prove to be a beneficial ally, but it cannot ensure safety, security, and real prosperity. Economic and political proximity and understanding with India is a must for a healthy Pakistan.

This Independence Day, we need to reflect back and think of a different future for the people of the subcontinent. If we don’t learn from history, we will be condemned by it.