Kasur child pornography: Knowing the difference between resistance and consent 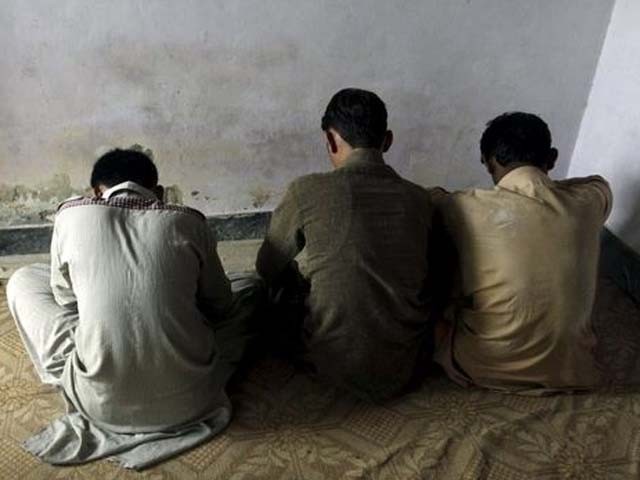 One official has called it "the largest child abuse scandal in Pakistan's history." PHOTO: REUTERS

I don’t curse. But this is a rare occasion where I would love to abuse the perpetrators of the Kasur children’s sexual abuse atrocity in the vilest possible terms. However, here’s the thing about cursing – If I curse, I would end up using words that revile their mothers, sisters, and use the same pile of filth in words that they actually went and committed by use of force, intoxication and blackmailing.

So I would only be furthering the same thought process, where sex is connected with a position of power.  People who curse using sexual terminology are played into feeling a sense of control, and it allows one to vent unrestrictedly. In a twisted and mutated way, so does rape or molesting a child. So no, cursing will not help. We have to come up with something better. Understanding how child sexual abuse is happening in a society where the Youtube blocks have clearly not mitigated paedophilia, leave alone pornography, some things needs to be understood.

This particular incident is so painful and sensitive that we have re-evaluated each word we are using. Scandal, for example, is a wrong word to use here, because it can be used for rumour or gossip. This incident is no rumour – it happens to be a real wound that will remain etched in the Pakistani nation’s collective memory. One must also not compare the criminals with animals, because such brutality is rare among animals.

All I can do is pray earnestly that may they be punished without an iota of compassion shown to them, may they be made a bad example of, and may they burn in the lowest depths of hell.

Yet, just condemning them to hell is not enough. Some 500 abused children, 15 accused (the youngest of them is allegedly just 14-years-old), seven FIRs, and a judicial probe order later, have we learnt anything about the monstrosity that child sexual abuse is? This had been going on for years! Black mailing, cover ups, a silent town. The details will keep emerging as the story unfolds, and we may never know what the exact truth is.

These children were in big numbers, and numbers jolt us awake, albeit temporarily. But what about what happens around us?

Have we seen the number of street children in Karachi alone, and do we realise that each one of them is sexually molested within days of being initiated onto the open roads?

Which one of us has not come across stories of children being molested sexually?

The accused, for whom we all are praying for eternal damnation, are from among us. Sexual abuse at a tender age rewires the brain in mysterious ways. Every child who has undergone this trauma suffers from neurobiological, as well as long-term psychological effects. Each case will be different, as will how the child, even when a grown adult, processes it.

But the scar will remain. For some, the long-term impacts may be milder but debilitating– like deep-rooted psychiatric disorders, depression, anxiety, failed relationships, inherently low self-esteem, use of sex as a means of feeling better about themselves, and irresponsible decisions when it comes to sexual activity. For others, it might be an aversion to sex and prudish behaviour for a long time. In a worst case scenario, he/she who was once the victim, is now the perpetrator.

Pakistan, fortunately, still has a social system where very few will agree with post-modernist and other theories, where childhood is not considered the age of innocence. An example is what was said in the California Childhood Sensuality Circle, by its main figure Valida Davila, in 1981:

“We believe children should begin sex at birth”.

A legal minor, or a child, is a child, not yet in a position where he or she can make an informed decision about entering into such activity. While the law of Pakistan agrees with this, and whether the child resisted or not, considers it statutory rape when a minor is sexually molested, not everyone in society agrees.

I came across a recent case, and this is factual, where a 12-year-old girl was raped by a man in his 40s. The two had been interacting and chatting as they lived in the same neighbourhood. Even after the rape was proven and the man confessed, people of the neighbourhood and the girl’s own relatives were heard saying

“It was not really rape as she is a very tez (conniving) girl and was having an affair with him; she never resisted”.

The child was a curious 12-year-old with raging hormones, not a consenting adult.

The difference must be understood in the backdrop of the Kasur incident, because now that the entire community knows which children were sexually abused and filmed, those films will be run and rerun to see where there were signs of resistance, and where the child seemed to consent. Sadly, but surely, the incident will haunt those 500 young lives and their families in a judgmental society.

Child sexual abuse perpetrators, as psychologists confirm, often befriend the child and develop a comfort level where they do not have to use physical force. Yet, because it is a child in question, it is an unfair equation and abuse of the highest order.

But what is perhaps most worrisome, that there is a market out there, and an avid watcher of these films, who may not be an active paedophile himself, but enjoys the sickening, cheap thrills of watching a helpless child being forced into the act.

This is an unsafe, bad, bad world. In your community, watch out for any suspicious activity, and report it, whether it is your child or someone else’s. Protect your child at all costs, especially when at a formative, unripe age where the child cannot distinguish between right and wrong. Do not trust anyone with your child. And if you happen to know someone who was a victim, stop judging that person. Most importantly, seek help, both psychological and legal.

May the Kasur incident be the last of its kind. And may we have learnt some lessons to protect our children.