Jinnah’s letter to Pakistan: Who do I hold accountable? 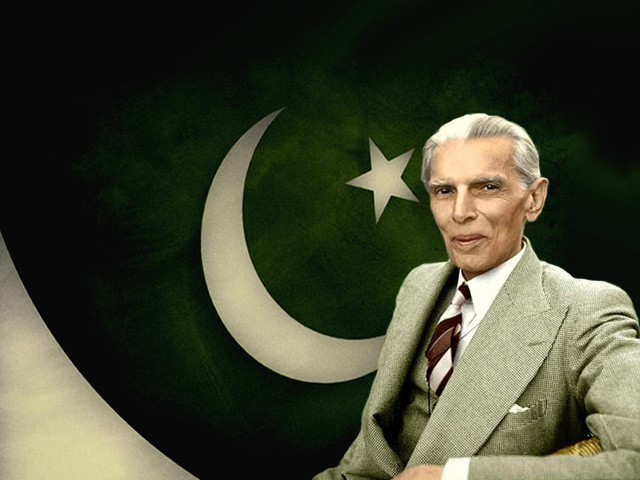 Instead of separating religion and state, they turned it into one inseparable blob.

Where do I begin?

Where do I end?

68 years ago, you two breathed your first – I remember it like it was yesterday. It wasn’t ideal. They thought you two wouldn’t be able to make it, but you did. I was such a proud father – the effort, the commitment, the resolve, it all had finally paid off.

After the euphoria died down, it was time to snap back to reality. The challenges ahead were steep, but both of you had my unwavering support. My health was giving up on me and I knew I did not have a lot of time. But I wasn’t worried – the people close to me knew how dearly I loved my daughters and they promised to look after both as their own when I’m gone. I begged them to hold both of you till you can walk, and then give you the confidence to run and subsequently fly. They promised they would.

From the moment I was gone, they moulded your upbringing to suit their selfish ambitions, sowing the seeds of division inside both of you.  I wanted both of you to be the best of friends, tackle the hardships and then come out strong together. I wanted you to grow up as enlightened, tolerant children that celebrate the diversity and welcome the uniformity around them.

But they divided you on every possible level, pushing the poison of hatred deep between your sister’s veins. For 24 straight years, you got what you wanted and your sister just stood in the corner, watching on in anticipation, hoping that something would come her way too. But it never did. Eventually, things reached a stage where your sister could not take it any longer and she cut off all ties in 1971. And who could blame her?

I died all over again that night. My own two daughters, divided permanently.

I hoped that this would be a lesson for your future caregivers. They had abandoned your sister, but surely they would not make the same mistakes again by abandoning you too. But they did, and the way they went about it was steeped in manners that would even shame the vilest creatures that walk this earth.

They were there for you when you had something in store for them. When you didn’t, they turned a blind eye, only to promise their love and affection for you again, when you were covered in diamonds and jewels. The abuse you suffered defied all sense of rationality, covering stories that are considered objectionable even in barbaric societies.

Instead of separating religion and state, they turned it into one inseparable blob. Instead of celebrating regional and ethnic diversity, they suppressed it by focusing on national identity. Instead of using finance as a way of eliminating inequality, they used it as a tool to accumulate personal wealth. Instead of investing in education, they invested in the military. Instead of improving healthcare, they developed means to produce poisonous medicines. Instead of promoting women rights, they strengthened the patriarchal structure of the society. Instead of empowering minorities, they constitutionally made them second-class citizens. Instead of using resources to get our own house in order, they focused on engaging in proxy wars with our neighbours.

But who do I blame?

Who do I hold accountable?

Where do I search for answers?

The Khaki pseudo-deities in Rawalpindi?

The opportunistic feudals in Larkana?

The smiling dictators in Raiwind?

The megalomaniacs at nine-zero or that fascist in Bani Gala?

Is there no end to the horror story that they have turned you into?

I died a long time back, but I go through the pain over and over again, when I look at what has become of the only daughter I have remaining.

Today, I wish you happy birthday, much like every August 14, for the last 67 years.

But is this really a day of celebration?

I pray and hope that you have many more, but every passing year, the strength of my hope becomes thinner.