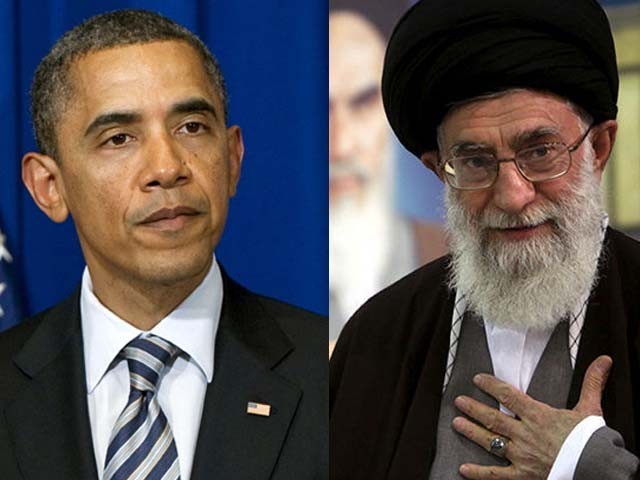 It is hoped that while war is neither a viable nor a desirable option, the challenges faced in the path of diplomacy will soon be overcome.

While travelling, a few days back, I was having breakfast at my hotel. Engrossed in my own thoughts, I heard a loud scream that prompted a bunch of folks to rush toward the pancake-maker. As I ventured to look through the mass of people, I discovered that a young kid of Persian origin, while trying to operate independently, burnt his little finger.

This prompted an Arab, an orthodox Jew and a Caucasian to congregate and help the poor soul. As for me, I just stood there, wondering in awe if the same heart-warming dynamics can be applied to the real world. Till this day, I haven’t really been able to figure out. Perhaps I’m too scared to discover the truth.

In any event, my story may or may not have anything to do with what my editor has assigned me to write on, i.e. the recent Iran nuclear deal. I must confess, I had not read the text of the treaty until the day I was asked to pen down my observations. As is the case with anything new and politically novel, controversy strikes and strikes with a vengeance. The deal in question is no exception to the standard norms.

Politics is a dirty business. For the most part, what happens in the corridors of power doesn’t even have a true connection to us, as humans. There’s always something going on behind the scenes that we, as ordinary people, never get to know about. Politics is about power and power is a corrosive business.

So when the Iranian spiritual leader, Ayatollah Khamenei tweets and spits out a mechanistic rant across the cyber waves, he is not only expressing his insecurity for holding on to the reigns of power, but also conveying to his nation that the fight against the ‘great satan’ will carry on. In reality, Ayatollah has been orchestrating the long drawn negotiation process, micromanaging each and every detail that was jotted down to extract as many concessions as possible.

US president has said he could knock out Iran’s military. We welcome no war, nor do we initiate any war, but.. pic.twitter.com/D4Co7fVuVg

Similarly, when American hardliners cry wolf and express their disgust at the deal, they see their influence slipping away, causing their hearts to flutter. They’ve used insightful language and metaphors to arouse outrage, and have been able to polarise public opinion so far.

It not just the US right-wing nuts who have a problem with the nuclear agreement. Their Iranian counterparts are having a hard time accepting reality that they won’t have anyone to condemn anymore. A détente with arch enemy America will mean lack of influence and inability to use scare tactics that could eventually result in loss of prestige and influence on the state policymaking setup.

The Saudis and Israelis are the other major obstructionists. They have their own axe to grind. Iran’s re-entry into mainstream international politics is nothing but a death knell for these two, extremely contradictory role players. Iran has the smarts, the courage, the power and the ability to re-emerge as a global giant that could possibly undermine the perpetual Saudi itch to spread Wahhabism and Israel’s constant complaining and moaning that gets it the American dollars.

While the big mouths battle it out, it appears that the Europeans are making hay while the sun shines! As always, they’ve taken the initiative and reached out to Tehran to ensure that no opportunities to cooperate and gain advantage are lost.

It remains to be seen that if the US hardliners will really be successful in skittling the process. So far, the president seems determined, actively pushing the deal ratification in the Congress. He even went to the extent of comparing them to the Iranian zealots.

“The truth of the matter is, inside of Iran, the people most opposed to the deal are the Revolutionary Guard, the Quds Force, hardliners who are implacably opposed to any cooperation with the international community,” said Obama.

The administration’s contention that the treaty is not necessarily aimed at helping Iran but to save the world from a nuclear Iran holds substance. What’s missing in action is the ability to see reason and even the best of president’s friends are not being too compassionate in this situation.

Whatever the final outcome of this circus may be, there’s one undeniable fact that after years of suffering credibility setbacks, the US must do some repair work and re-join the international community. No more drone strikes, warrantless wiretapping and torture as well as working patiently with Iran are some of steps that can be taken to re-join the metric system as part of reintegration.

In the meantime, let the Netanyahus and the Khameneis keep yapping about destroying each other. Let’s not over exaggerate the importance of Israel in the US-Iran paradigm. In fact, consider Netanyahu’s statements as a fight for his own political survival, not what is best for Israel. And let’s come to terms with the fact that Iran is economically in a desperate situation. It needs to sell its oil. Those close to the Ayatollahs tell me that since the signing of the deal, the mullahs have heaved a sigh of relief. One can imagine them dancing in their dark robes and shoving zoolbia into their mouths.

What’s important is a strong follow-up and a focus on priorities to implement in true letter and spirit the terms and conditions of the deal. The antagonists will soon be silenced once the benefits of this monstrous effort become self-evident.

Long story short, in the words of Jon Stewart,

“Nothing ends. It’s just a continuation. It’s a pause in the conversation.”

All this hoopla about the ill effects of the treaty is treacherous nonsense instigated by the leeches that do not want the world to breath in an atmosphere of peace. It’s all a part of a general trend. Money, power and politics are tough to give up. Peace is an expensive ordeal but it only needs a few good men to work for it.

Undoubtedly, the treaty is not going to put the world on fire. It is hoped that while war is neither a viable nor a desirable option, the challenges faced in the path of diplomacy will soon be overcome. We all need to have faith; faith that Iran is not only ready to change but the elimination of sanctions will enhance its resolve to thrive in the comity of the nations in a peaceful and civilised manner. While haters will be haters, the warmth that I witnessed at the hotel breakfast only enhances my resolve to stay positive and look forward to a time when all of us will come together to work for a better and less nastier world.