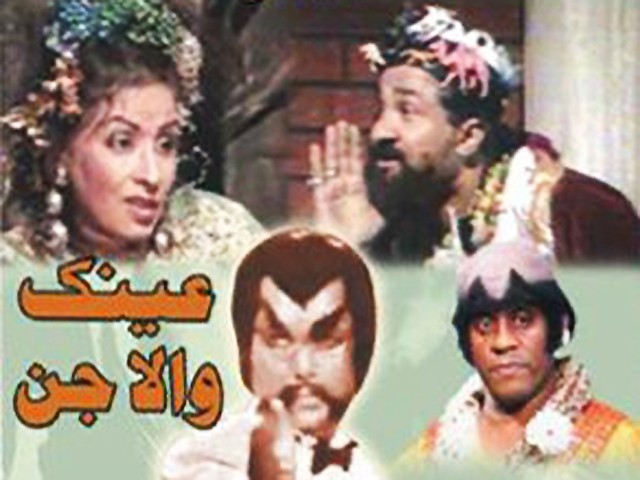 PTV dramas like the popular 'Ainak wala Jin' bring back many memories for those who grew up in the '90s.

Remember the time when owning a cordless was the coolest thing ever? Cricket had just become a national craze and Imran Khan a living legend; Wasim Akram’s ‘Mein Cigarette Nahein Peeta’ ad had caused half of the teenagers to eschew cigarettes; Fanta had finally started getting accepted as a guy’s drink; Atari and Nintendo were the next coolest thing to a Ferrari – not to mention shooting a duck with an actual gun on your Nintendo.

How about playing Dave 1 on your brand new Windows 95 and finding out you couldn’t cross level three no matter what? Or perhaps the time when you’d rent out movies on VHS because owning them was practically impossible? Or the time when you were suddenly informed that the letter ‘H’ was no longer pronounced as ‘ach’ but had been changed in to ‘aitch’?

My friends mostly accuse me of being nostalgia prone, but if you were born in the 90s, you probably know exactly what I’m talking about. Out of all the above mentioned paraphernalia though, the thing I miss most about the 90’s are the PTV dramas.

While watching Grey’s Anatomy the other day, I suddenly had an aching feeling at the back of my head, as if I had already watched it somewhere. It wasn’t until I was reminded of a PTV drama in the late ’80s ‘Dhoop Kinarey’ that had led me to that feeling. I couldn’t help but notice the sheer brilliance of writers like Haseena Moeen, whose work was literally decades ahead of her time. As a matter of fact I wouldn’t be wrong to call it Pakistan’s very own Grey’s Anatomy — only two decades ahead of its time!

I still very vividly remember how Bil Patori from ‘Ainak Wala Jin’ would give me nightmares every time she’d say:

Zakoota was far less scary though:

PTV didn’t have much in terms of quantity but it had quality and the fact that they would cater to all age groups helped it excel beyond it competitors.

‘Dhuwan’ was another feather in the cap for PTV. It was the sort of spectacle that would make every other lad join the police and serve his country. You’d watch it over and over again and still not feel bored. Elite commandos fighting criminals and terrorists, rugged mountains, fancy jeeps, the latest gadgets and an innocent touch of romance — it had all the ingredients a Pakistani James Bond fan could ever wish for. Oh! And did I mention the live action sequences which surpass all expectations, even by today’s standards?

Still not content I’m right? How about ‘Alpha Bravo Charlie’, ‘Sunehray Din’, ‘An Kahi’, or ‘Tanhaiyan’. It was the likes of these dramas and others that helped shape up the mindset of my generation.

They taught us family values; they made us laugh, they made us cry, but above all – they imparted in us hope that there’s always light at the end of the tunnel; that nations require sacrifices; that every one of us has to rise against jobbery, nepotism and corruption in order to set things straight.

We need you back PTV!

A medical student at Aga Khan University in Karachi

You know you are a nerd when...