Would you put your parents in such nursing homes? 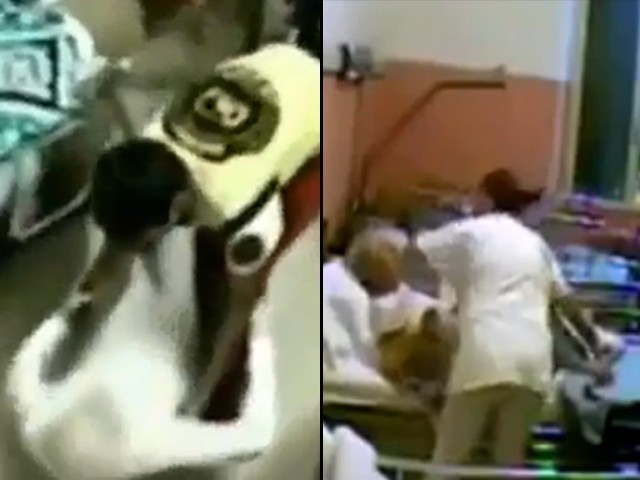 The abuse is the kind of sight that makes you lose your faith in humanity. PHOTO: SCREENSHOT

Young people are prone to say all kinds of nonsensical things. I remember a ridiculous incident fairly well when I was a teenager myself. It was raining, there was a lot of car trouble and two of our relatives and my own family piled into one car to attend a chaleeswaan (40th day after a funeral). I was hungry, tired and disliked those relatives with whom we had to share our car with for the two-hour ride.

“Why do we do these chaleeswans?” I had grumbled. “Please don’t do it for me when I die.”

I grumbled even more,

There was a terse silence after I said those words and as an angry rebellious teenager who had to give up her seat to sit uncomfortably next to a fat relative, I felt smugger than ever at the ability to make everyone awkward. This was also sweet revenge for making me give up the comfort of my holiday from school.

Like I said, young people and their logic are often nonsensical. I am twice that age now. I’m a mother to two children and my own parents are growing frail and old. Needless to say, my opinions on life as we know it have changed quite a lot.

I recently came across a video of an elderly man being manhandled and mistreated at a nursing home. I couldn’t watch the complete video. I couldn’t. And now that I think about it, maybe the teenage me wouldn’t have been able to see it either. It was heart-breaking.

The man is repeatedly thrashed and pushed around every day of his life. Because he’s in pain and cries, the nurses beat him up to make him quite down. He begs for mercy but the nurses continue to thrash him. They throw him around. The abuse is the kind of sight that makes you lose your faith in humanity.

Ethical training of nurses is a must, sure. And there are nursing homes out there who are probably taking care of all these things, and I am sure they have kind, loving nurses who do not display such behaviour at all.

But if you ask me, if I dig down at the very bottom of my heart, I wonder if the best of nursing homes can do for my parents or think about my parents the way I can. The same way I do not employ any nanny for my children (no matter how good and kind they are, they will not be able to love them or take care of them the way I have been able to), I do not feel that any person, regardless of how good and kind and well-paid they are, can take care of my parents.

They may help me, sure. They may be able to make my life a whole lot easier in taking care of them when I need more than two hands, but a stranger cannot love my parents or my children more than I can.

People choose nursing homes for their parents for various reasons. Some may be genuine, but so many times they are just ways to get rid of your own responsibility towards your parents. Sometimes we would rather not spend the time we want to spend in front of the TV with our ageing parents or grandparents who are boring and on repeat or either ill. Sometimes we send them to these hospices because we don’t want the quarrels that take place in joint family systems. Sometimes we send them to nursing homes because we don’t have the time from our social lives to devote to a batty old person narrating old stories.

If you have a parent in a nursing home, watch that video. Think about them for a second. Then think about when you were young and helpless. When you didn’t know night from day and you wore diapers and were unable to feed yourself. Your parents clothed you, fed you, taught you how to walk, how to function, they turned you into someone who is able to afford enough money to send them to a nursing home – but not kind enough to keep them home and afford inconveniences.

Bano Qudsia once said that ‘love is often like the flow of water. It goes forward, doesn’t return the same way it moves. The way a parent loves their child, their child is unable to love them in the same amount or more’.

Wonder what she’d have to say if she ever saw this video.