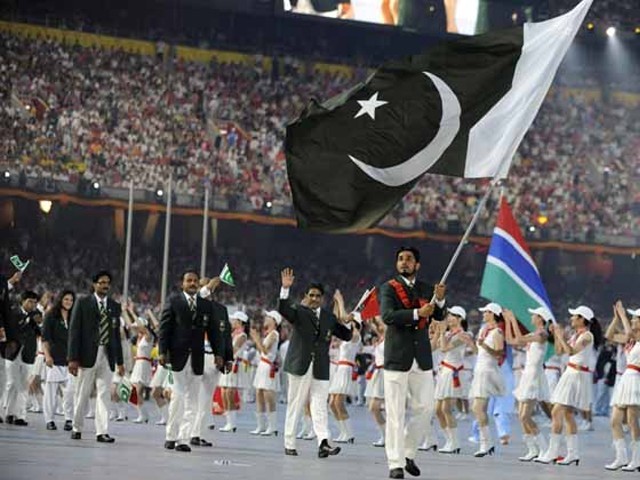 The Pakistan hockey team failed to qualify for the 2016 Rio Olympics. This is a historic low as the Pakistani hockey team has qualified for every Olympic Games since gaining independence in 1947. The only exception was the 1980 Olympic Games in Moscow, which Pakistan opted to jointly boycott with 64 other countries due to the Soviet Union invasion of Afghanistan.

With the absence of the hockey team from the 2016 Rio Olympics, there is a possibility that perhaps no one gets a chance to represent Pakistan at the Olympic Games next year? Clearly, Olympic sports in Pakistan are in a dismal state which can be gauged by the fact that Pakistan managed to win only five medals at the 2014 Asian Games and four medals at the 2014 Commonwealth Games. Based on the past performances in these events, however, there is still hope for Pakistan as it can possibly qualify for the Olympic Games in boxing, judo and wrestling.

Boxing in Pakistan has lost its way since the demise of Professor Anwar Chowdhry, who was also the head of the organisation that governed amateur boxing for 20 years (1986-2006). These days, the only ray of hope is Muhammad Waseem, who won a silver medal at the Commonwealth Games and a bronze medal at the Asian Games in 2014.

It is important to mention that all other boxers from Pakistan failed to make any mark in these two events. In fact, five Pakistani boxers lost in the first round at the Commonwealth Games. Reaching the final of the World Championship seems impossible for Waseem; his main hope will be to improve on his performance at the Asian Games and reach the final of the qualification tournament for Asia, scheduled to take place after the World Championships.

The sole hope for an Olympics qualification in Judo for Pakistan is Shah Hussain Shah, who won a silver medal at the Commonwealth Games which took everyone by surprise. He backed it up with a bronze medal at the Asian Senior Judo Championship in 2015. He also won a bronze medal in the 2013 event. Unfortunately, he lost in the first round of the World Judo Championship in 2014 to a Canadian opponent. Shah is ranked at number 51 according to the latest rankings released by the International Judo Federation. He needs to considerably improve his ranking and move in to the top 30 by May 30, 2016 to confirm his Rio ticket.

Pakistani wrestlers have done really well at the Commonwealth Games in the recent past where their main competitors are from India, Canada and England. Unfortunately, they have failed to replicate this level of success at the relatively more competitive Asian and World stage.

As a result, hopes of getting an Olympics qualification are almost non-existent as a Pakistani wrestler can only qualify if they either finish in the top six at the World championship in USA later this year or if they reach the final of the Asian qualification tournament in their respective weight categories.

In my view, with the Olympic Games in Rio a year away, there is a remote chance that any individual athlete or team will qualify for the Olympic Games based on their own performance. Hence, leaving Pakistan dependent on the International Olympic Committee to grant them wildcard entries, which are normally given for athletics and swimming (two for each sport), thus avoiding the possible embarrassment of being totally absent from the biggest global sports events.

In any case, Pakistan is all set to make history by sending the smallest contingent to the Olympic Games, the record to date comprised of 21 players for the Beijing 2008 and London 2012 Olympics. It is a shameful state of affairs if Pakistani athletes cannot qualify for the Olympic Games on merit. Hence, winning an Olympic medal looks like an impossible task in this scenario.

Pakistan has not won an Olympic medal since 1992, and the way things stand, the question is, how long will this medal drought last?