India’s nuclear program was aimed at China, not Pakistan 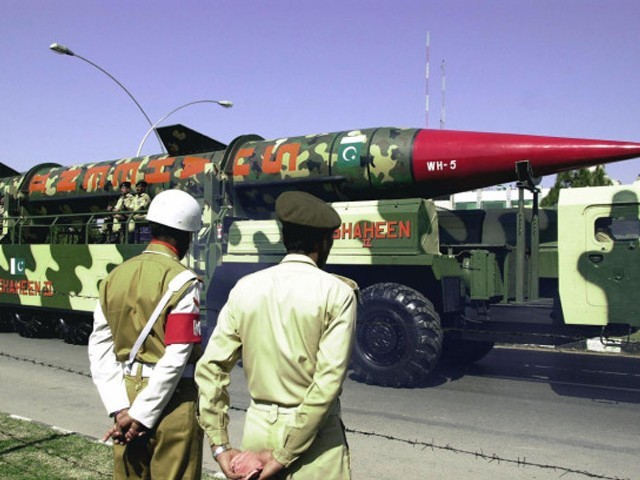 August 6, 1945 started as a normal Monday morning in the bustling city of Hiroshima, with people going about their daily activities as per usual. Just as the clock struck quarter past eight, all activity was brought to an abrupt end at the behest of the Enola Gay. A giant mushroom cloud dwarfed the city of Hiroshima, and swept it clean of life with an immense shock of energy.

Almost 68 years after this tragic yet inevitable scene of death, destruction and devastation, former Pakistani President Pervez Musharraf demonstrated his chronic condition of dementia by once again bullying India.

“We have not made the atomic bomb for occasions like Shab-e-Barat,” declared the former martial strongman in his usual arrogantly feigned Punjabi accent.

He suddenly, yet not surprisingly, emerged as a hero to many self-proclaimed nationalist Pakistanis who flanked his aggressive statement with heaps of acclamations. Issuing such vacuous statements of nuclear hostility unfortunately begins with democratic demagogues such as Zulfikar Ali Bhutto, who said,

“If India builds the bomb, we will eat grass and leaves for a thousand years, even go hungry, but we will get one of our own.”

No wonder Pakistan is forever indebted to the International Monetary Fund (IMF) now.

An exhaustive chronological inspection of Bhutto’s statement unveils many dark realities of Pakistan’s nuclear program. According to popular perception here, which might be attributed to Bhutto, India’s Smiling Buddha test was a threat to us and henceforth justified our nuclear program as a deterrent. This perception raises one rational question, since Pakistan had no atomic bomb then, why would India expend resources on an atomic bomb as a deterrent against us?

The answer simply lies in the events of the Indo-Sino War of 1962. India had lost major territories to China during the war and hence felt threatened by the giant superpower situated just across the Himalayas to the North. Put in simpler words, India’s atomic program was to deter China, not Pakistan. Clearly this message never got through to Pakistan. We were immersed in paranoia that later transformed into an ego and inferiority complex, leading us to construct stronger missiles with more warheads.

There is something very idiosyncratic about nuclear proliferation – it miraculously resembles a chain reaction itself. It all began in the Cold War with the United States pushing the socialist and communist states such as Soviet Union, China, and North Korea to build their atomic bombs. This compelled India to initiate its nuclear program to deter China, which further compelled Pakistan to initiate theirs.

Pakistan’s notorious nuclear proliferation scandals equipped Iran and North Korea to develop weapons of their own which further led to Israel’s nuclear program – eventually compelling Libya to try obtaining its own nuclear bomb by getting aid from good-gracious Pakistan too. Even the ISIS is confident to receive help from us for her nuclear program.

It is ostensible that Pakistan did not maturely assess the opportunity costs associated with the dilemma it was confronted with – the masses seemed blindly indoctrinated by Bhutto’s zealous and forceful displays of oratory. Pakistan could have easily outrun India in education, standards of living, and human development had it not given its peaceful nuclear power program an abrupt U-turn to a hostile nuclear weapons program to counter Indian hegemony in South Asia.

We all fell for the quintessential Pakistani fallacy of considering the entire world a threat to us, believing everyone is conspiring in unity to wipe out our existence. Why else would we name our missiles after ruthless invaders like Ahmed Shah Abdali, who not only massacred Hindus but also looted Lahore and Peshawar? Ever seen a child decorating his house with statues of his mother’s rapist?

Pakistan and North Korea are the only two nations that are obsessed with flaunting their nuclear capabilities – even Iran has shown excellent maturity by striking a remarkable deal to stymie global nuclear proliferation. On the slightest provocation, every conversation here ends up in the intellectual proposal of simply nuking Delhi, Mumbai or Calcutta.

How much human intellect and emotion is essential to consider the prospect of a nuclear war in the world’s most densely populated region? What further entirely baffles the rational humanitarian mind is the profusion of support these statements receive. The abominations that have manifested themselves as missiles which we parade every year at IDEAS are the palpable embodiment of the Indo-Pakistan conflict.

Unless we abandon this immature attitude of martial roguery and devilry in South Asia, peace for Indo-Pak will become a lost voice in history during a cold nuclear winter.

In my opinion, Hiroshima and Nagasaki have taught us absolutely nothing.