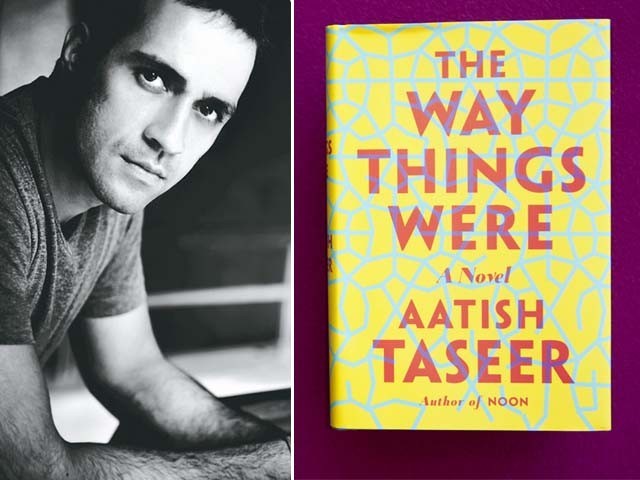 The title of the book is based on the Sanskrit word ‘itihasa’, meaning history.

Aatish Taseer’s latest book, ‘The Way Things Were’, is the first book of his that I have read, but its subtle tone and poetic finesse lured me instantly. The title of the book is based on the Sanskrit word ‘itihasa’, meaning history. The concept of ‘itihasa’ is utilised throughout the book, with a literal extraction of elements from the past, not to exploit the present or future but to transform current situations in a more cultural dimension.

‘The Way Things Were’ is a story that is cultivated in three phases – the Indian Emergency 1975, anti-Sikh riots of the 8os, and the demolition of the Babri mosque in 1992.

The story beautifully interweaves characters from the elites of Lutyens’s Delhi, Indian politics and Sanskrit, portraying Sanskrit as another character in the book. Toby, a Sanskritist is the raja (king) of Kalasuryaketu who marries Uma – one of the movers and shakers of Delhi’s elite and an inquisitive woman with the zest to learn. However, as time passes by, she finds her marriage suffocating and eventually leaves Toby.

Maniraja is another integral character – a shining star representing rising India. He is illustrated as an extremely nationalistic character, a businessman eagerly willing to restore India’s glory. However, he fails to see that this could suffocate the existence of other groups in a society that function primarily on the principles of homogeneity.

Skanda is Toby and Uma’s son and is also a Sanskritist like his father. In fact, he is one of the first characters Taseer introduces in the book and the story begins with him returning to India to cremate his father’s ashes.

Stories of the past and the present are depicted simultaneously in the book. Taseer narrates the story of an India whose elite is deeply inspired by western ideologues. The country is pressurised to make India into a global superpower but is assailed by political upheavals. The political upheavals are entrenched in conflicts in religion, conservatism, and hard-lined policies. The author repeatedly emphasises on this aspect. An excerpt from the book focuses on this,

“Two dates less than a decade apart, he thinks – 1975 and 1984 and what a gulf lies between them! Mullahs in Tehran, Soviet tanks in Kabul. Zulfikar Ali Bhutto’s head in a hangman’s noose. The return of religion, of conservatism. Of Ronald Reagan and Margret Thatcher. How keenly my father must have felt it when an English friend of his in 1981, soon after John Lennon was killed, said, and truly, it could not have been said earlier-the 60s are over.”

The colonisation of the subcontinent left the masses fragmented and divided. The society was further divided because of schisms in language. Sanskrit serves a dual purpose in the book, firstly as a language of communication, and secondly as a reminder of India’s past that didn’t solely aim to inspire the jingoistic sectors of society rather to become a mentor for evolution.

With its poetic flow, the book is an exploration of the present times along with the rituals of the past that continues to mar and morph the realities which are neither tangible nor easily defined or adhered to.

To get past the past and to engage in a good read, the book’s narrative evidently constructs the ideas, which look at the past with different perspectives striving to ameliorate the present.