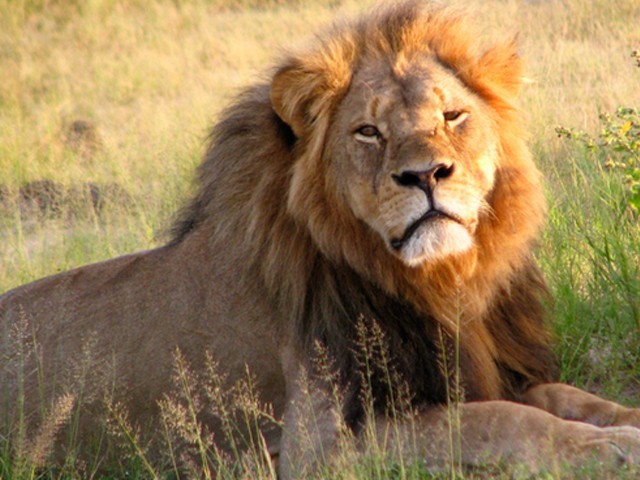 At first, Cecil was lured out of the protected National Park in Zimbabwe with some bait, and then shot with an arrow. PHOTO: BBC/RONNA TOM

Author’s note: We do not condone any violence. This blog was for entertainment purposes only. In reality, we hope the United States extradites Dr Palmer to Zimbabwe where he can be tried on bribery charges.

As news reports of the cruel and savage murder of Cecil spread across the internet like wildfire, my feelings of sadness were slowly replaced by disbelief. I couldn’t fathom how this noble (and apparently friendly) lion could be so remorselessly slain in a torturous ‘hunt’ which lasted several days.

I say ‘hunt’ because Cecil was said to be so comfortable with human beings, that hunting him was like shooting an unsuspecting animal at the zoo.

The details are blood curling.

At first, Cecil was lured out of the protected National Park in Zimbabwe with some bait, and then shot with an arrow. 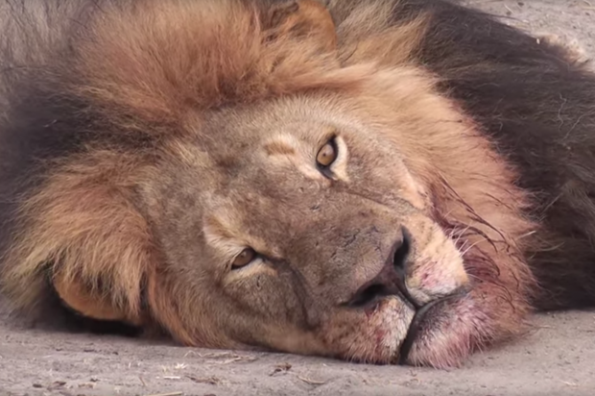 And it did not kill him. 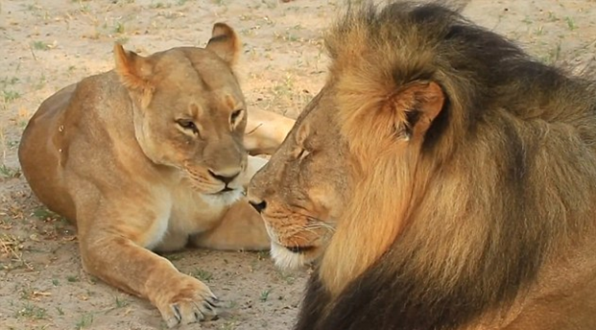 The incompetent hunter who bribed two locals at least $50,000 could not even minimise Cecil’s pain. For 40 hours, the injured Cecil evaded the hunter, all the while bleeding. Eventually he was found, and decapitated, his head a trophy for a miserable excuse of a man, a man certainly worse than a beast, for most beasts hunt merely for food.

Cecil was a popular attraction among visitors to the Hwange National Park. Photo: AFP

This man, as it turns out, is Dr Walter Palmer, an American dentist from Minnesota.

It is difficult to say why Cecil’s death has earned the fury of people worldwide. After all, appalling reports of poaching have gone viral across social media for years. Meanwhile, our meat industry is both remorseless and corrupt.

Humanity has now overgrown to such proportions that our planet is losing its forests, its jungles, and its wild animals. To sustain our bloat, domesticated beasts are raised in cost effective environments. Emotionally intelligent animals such as cows, goats and pigs are driven mad in disgusting conditions, living out unnatural lives in tiny spaces, and bred only for mankind’s hunger for inexpensive meat. 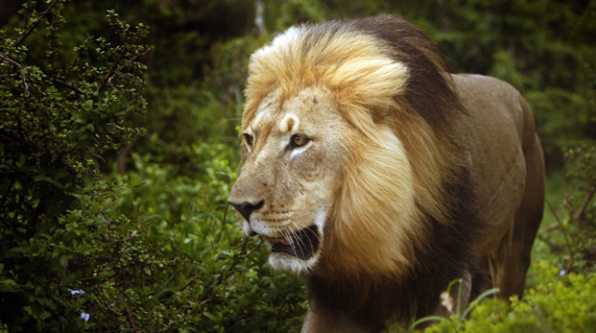 We are used to man being cruel to man, but do we not have a bigger responsibility towards animals? If we can’t take care of our own species, can we at least not harm other beings?

Cecil and one of the lionesses in the Linkwasha Camp. Photo: Brent Stapelkamp

Dr Palmer has gone into hiding after experiencing unimaginable fury. Those mourning Cecil are demanding he be punished. He says that he thought he was doing everything by the book. Yes, he allegedly paid enormous bribes because he thought his act was legal. 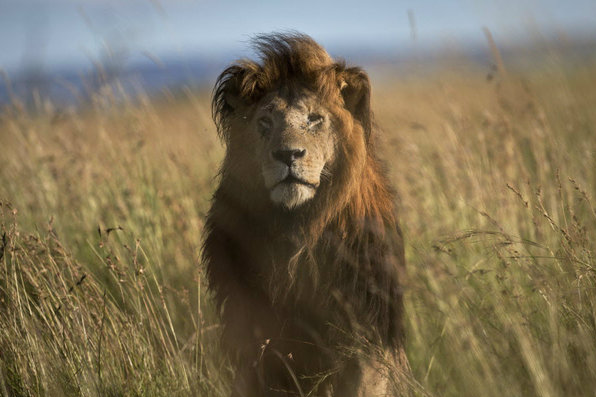 This is not Dr Palmer’s first indiscretion. According to heavy.com, the dentist has a history of killing wild animals.

Endangered: Palmer shows off his kill, a Nevada Bighorn sheep, on a hunting trip. The species is under threat.
Photo: Trophy Hunt America 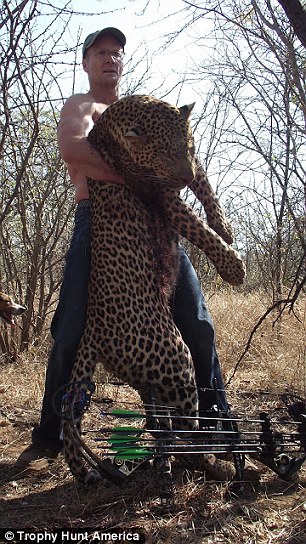 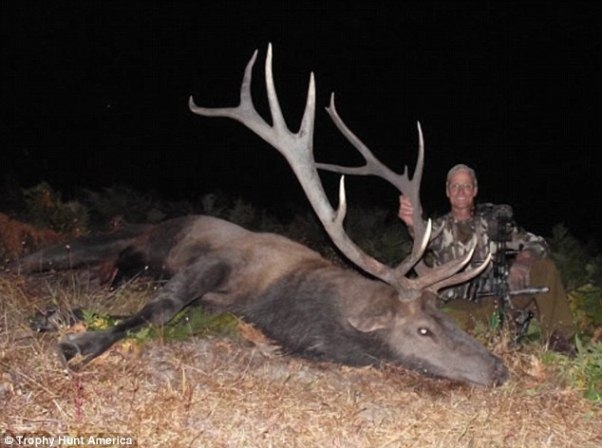 Palmer poses here with a dead elk, another of the trophy kills he has celebrated during his time hunting.
Photo: Trophy Hunt America

In 2008, he faced legal trouble after being investigated for illegally hunting a bear. Around this time, he also faced an accusation of sexual harassment by a woman who claimed that,

“She was subjected to ongoing and unwelcome sexual harassment by (Palmer) including, but not limited to, verbal comments and physical conduct involving her breasts, buttocks, and genitalia.”

Here are five ways Dr Palmer can pay for what he’s done to Cecil. We’ll be happy if he just picks one. 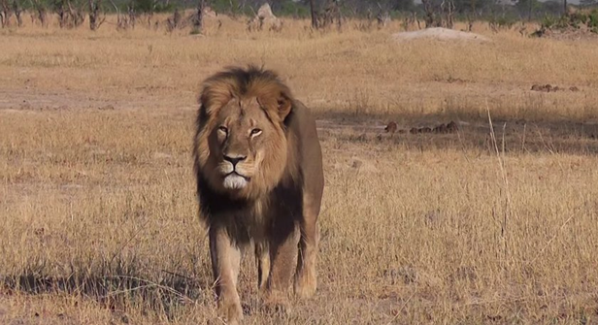 In the African Savanna, with cameras televising the event for pay-per-view*, Dr Palmer shall take on Cecil’s brother Jericho. Considering how Dr Palmer has already hunted several big cats, experience should tilt the hunt in his favour. So to balance the scales, both Jericho and Dr Palmer will only be armed with what God gave them.

Brent Stapelkamp, who took the most recent photo of Cecil and ally lion Jericho, told the Telegraph, “Cecil was the most confident lion you ever met. He knew he was the biggest on the block”. Photo: Brent Stapelkamp

To keep things interesting, we won’t feed the lion for a day before the event. Don’t worry Dr Palmer, in the interest of fairness, we won’t feed you either.

Considering that Dr Palmer lured Cecil out with bait, it is only just that he be allowed to do so again. This is why a goat’s carcass will be permanently tied to Dr Palmer’s back during the hunt. Now run Dr Palmer, run.

*All profits from this event will go towards animal conservation charities. (We predict more buys for Jericho versus Dr Palmer than Manny Pacquiao versus Floyd Mayweather.)

Cecil has left behind at least ten cubs, and they are now in danger from Cecil’s brother Jericho. Although they are safe so far, with some sources claiming that Jericho is protecting them, experts warn that he may kill them at any time out of instinct.

Dr Palmer, you have been hunting defenceless animals with big guns all of your life out of some deep pathetic insecurity. What better way to prove your manhood than taking Cecil’s place? Live as a lion, protect the cubs, and raise them as your own. Though please don’t go so far as to attempt to ‘satisfy’ the many insatiable lionesses. Lionesses don’t sleep with pigs.

Of course, Jericho may grow jealous and attack you. This would only mean our second PPV event: Jericho versus Dr Palmer II (Rumble in the Jungle).

Nothing would be nobler than doing free dental work for the rest of your life to make up for your heinous acts. Needless to say, your redemption must involve lions somehow, so we propose you work on aging lions to fix their aching teeth. Of course, these old lions won’t be sedated, otherwise someone may take advantage and kill them.

Here is @midnight’s vision of this process:

4. The Walk of Shame

In the Song of Ice and Fire series, Cersei Lannister is punished for her crimes by being sent on a naked walk across town where she is humiliated by the residents. Dr Palmer, you need to take several such walks through Minnesota where you will be welcomed by your adoring public, the same public which forced you to take an extended vacation.  A dentist must always pay his debts. 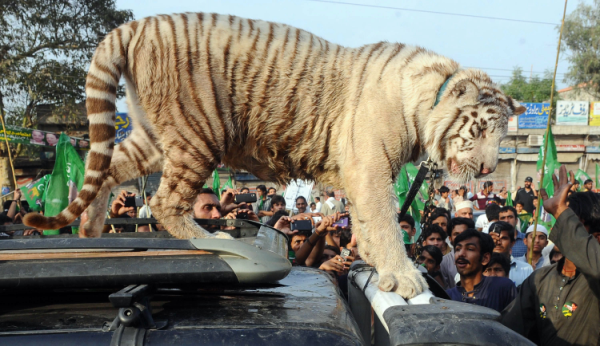 A white tiger stands on a car during a protest organised by political party Pakistan Muslim League Nawaz (PML-N) in Lahore on March 31, 2012. Photo: AFP

Dr Palmer, the most popular political party in Pakistan is called the PML-N, and their symbol is the tiger. Unfortunately, like you, they have as little respect for these creatures. During political rallies, they will often carry live lions and tigers across town in the unbearable heat without any water to drink.

In 2013, one poor beast died due to PML-N’s cruelty, when the heat, noise, and humidity proved too much for it.

Dr Palmer, obviously you and PML-N are made for each other, and the party will welcome you with open arms. But you are not to join them as a member. Oh no. You can be their new mascot. Instead of parading lions and tigers, in the future, PML-N can use you instead.  Now, put on that cute lion outfit and have a good time.

Author’s note: We do not condone any violence. This blog was for entertainment purposes only. In reality, we hope the United States extradites Dr Palmer to Zimbabwe where he can be tried on bribery charges.