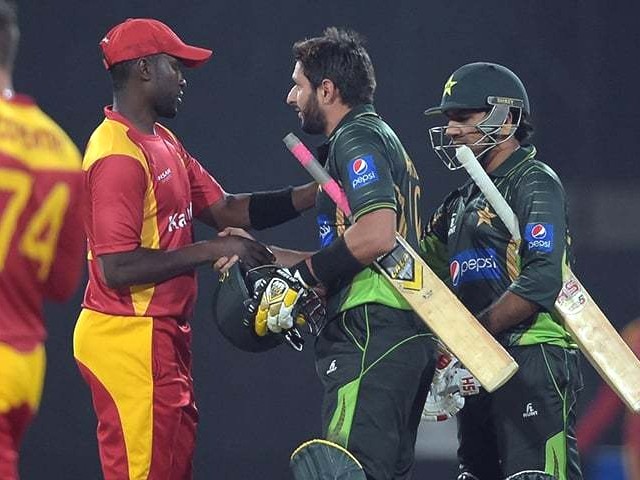 Shoaib Malik measured Milinda Siriwardana on the third and fourth ball of the 41st over by playing two dot balls. Pakistan only needed six runs to bag an unassailable three-one lead in the five-match ODI series against Sri Lanka. The fifth ball came a tad short and Malik, who had already romped off three sixes, pulled the ball over the midwicket boundary for a maximum to end the 257-run chase with a victory.

As the players celebrated an emphatic series win, the think-tank of the Pakistan Cricket Board (PCB) started pondering over the prospects of delaying the series against Zimbabwe, which was supposed to start from August 17th. Pakistan had just moved up to the eighth position in the International Cricket Council’s (ICC) ODI team rankings, pushing West Indies down one spot to the ninth.

All they had to do now was to wait for the September 30th cut-off date for the Champions Trophy qualification in order to book their flights to England in 2017.

All eyes were set on PCB to announce whether they would follow up with the reciprocal tour to Zimbabwe in August. Zimbabwe, earlier on added a twist to the tale with prospects of a possible tri-series in West Indies to play against Pakistan, but more importantly, for the qualification for Champions Trophy.

What happened next was more than expected.

PCB deferred the series against Zimbabwe for an indefinite period, stating that the dates of the series were not confirmed. West Indies, meanwhile, was thrown out of the equation and so was the possible tri-series.

Some called it cowardice on the behalf of PCB, fearing losing to Zimbabwe in the ODI series – a single loss in a match could bring Pakistan down in the points table – while others said that it was a perfect strategy to put Pakistan into the Champions Trophy qualification contention.

Personally speaking, the second school of thought had hit the right chords.

The drama that ensued after Pakistan was whitewashed three-zero by Bangladesh in the former East-Pakistan for the qualification in the Champions Trophy had already caused considerable amount of trouble for the men in green, and they definitely did not want to waste their hard work and talent on the Island against Sri Lanka.

PCB categorically said that they will play a reciprocal series against Zimbabwe but the dates might be set for a later date. Zimbabwe helped to revive cricket in Pakistan with a tour to the country after six long years of exile and paying them back with a tour was and should be the first priority of the PCB.

Recently, the dates for the Zimbabwe tour were confirmed by the Zimbabwe Cricket Union Chairman, Wilson Manase. It was announced that Pakistan will play three T20s and three ODIs with them starting from September 26th.

Here, another stroke of brilliance can be seen from the PCB, this decision will allow the team to play the T20s before the ODIs so that the cut-off date for the Champions Trophy passes and the favour to Zimbabwe will be returned as well.

This is how you kill two birds with one stone.