Orange Is the New Black: Changing perceptions and clearing misconceptions 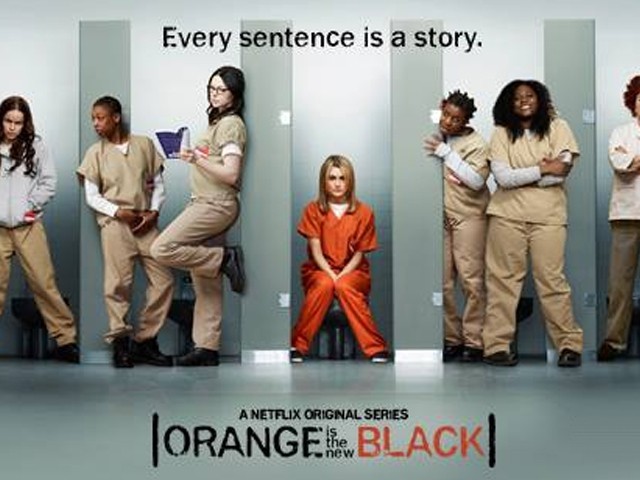 In the last two years, Orange Is the New Black has proven to be one of the most multi-faceted and diverse shows of this decade. PHOTO: Orange is the new Black official Facebook page.

In the last two years, Orange Is the New Black has proven to be one of the most multi-faceted and diverse shows of this decade. It is a blend between a harsh reality, a cruel joke, and a fit of absolute hilarity. Around 80 per cent of the show is set at a Federal Women’s prison in New York. The show, based on a book of the same title, highlights a crude and in-your-face sense what life for the female inmates is like.

What makes it interesting is that for every character on the set, every one that we see, we are shown their backstory — how they were brought up, what their crime was which lead them in prison, etc. We see the personalities of the very criminals, whom under normal circumstances most people would stay away from, dissected right before us. Arguably the best part is finding out exactly what makes each and every one there tick, steal, deal and/or kill. 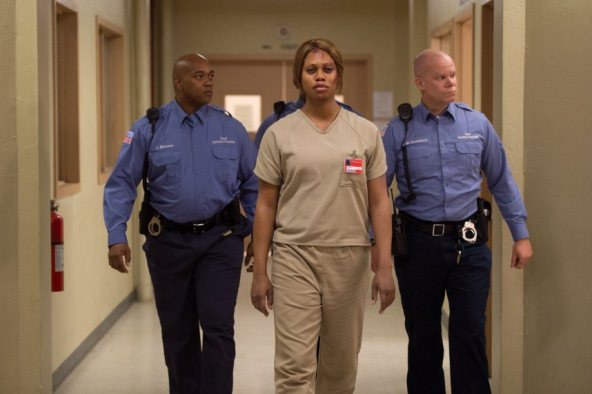 From deep-seated corruption in high-ranking officers to petty arguments among inmates, each episode is a psychological revelation. When it comes to the main character Piper (Taylor Schilling), viewers can never conclude whether they’re rooting for her or not. When she walked into prison in the very first season, she was just like us — a regular person with regular feelings and conditioned reactions — but by the third season, she’s morphed into a viciously manipulative ‘panty-dealer’. And although her title may add a small amount of humour to her actions, the fact is that she takes inspiration from The Godfather and adopts a ‘fool me once, I’ll destroy you’ approach to her prison-business. Indeed, we even feel that her ‘Trust No Bitch’ tattoo she brands herself with seeps much deeper than her skin.

This approach spills into her personal life as well. It is next to impossible for any of the fans to like the dynamics of her relationship with Alex (Laura Prepon). It is the very definition of abuse and many internet blogs and discussion threads highlight that the dynamic is simply a never-ending limbo of Alex ruining Piper’s life, then Piper ruining Alex’s again, and again, and again.

Each time, we tell ourselves that we’ve seen Piper at her worst, and then she gets worse. From beating the hell out of Pennsatucky to bringing Alex back to Litchfield to purposefully delaying the alluringly androgynous Stella’s (Ruby Rose) release, we find it harder and harder to empathise with this person we could once relate to. It’s almost a relief when Alex ends the relationship yet again.

Other big events in season three included Nicky (Natasha Lyonne) being thrown into the maximum security prison and not returning for the rest of the season. In one single episode, we saw pre-prison Nicky betraying her friends and repeating the same drug-induced, self-destructive betrayal at the end of the 60-or-so minutes. The episode in question was like a dagger to fans’ unprepared hearts, which made it even more difficult to watch fan-favourite and transgender icon Sophia Burset (Laverne Cox) be dragged to the Special Handling Unit (SHU).

One very ‘freaky’ thing that happened this season was the birth of a new religion. Norma (Annie Golden) suddenly became the Jesus of the Meth-heads and company. They saw signs of her divinity in the most ridiculous things, the most memorable example of which was interpreting Norma’s face in a slice of burnt toast. It became clear later though that the fanaticism and over-reading into religious signs was made to mimic the outright silliness of uber-religious fanatics like Pennsatucky’s fundraising crowd.

Some critics said that certain aspects of the show were not possible in an actual prison, the case in point being when a construction mishap allowed all prisoners to escape to a nearby beach. Nevertheless, this escape helped still-developing plot-lines like Suzanne’s (Uzo Aduba) romance with Maureen (Emily Althaus), and Cindy’s (Adrienne C Moore) conversion to Judaism move along.

But the most important consequence of this beach trip is that Alex is left alone in the greenhouse cornered by a guard sent by Kubra (Eyas Younis), the ever-feared supplier that got her into this mess in the first place. Her fate is left completely uncertain while all the other prisoners enjoy their short burst of pseudo-freedom.

What I personally like most about this show is that it has the ability to influence and to even change a viewer’s opinions on multiple controversial topics like abortion, transgender rights, the purpose of life, the point of the prison system, just to name a few. The viewer doesn’t stay the same person at the end of watching each episode as he/she was at the start, and that’s what the real beauty of the experience is for a fan— self-development, self-discovery, change, growth and perhaps most importantly, a new-found affinity for acceptance.

The author recently completed his A' levels and is on a gap year. He tweets as @ @DanialNadeem9 (twitter.com/DanialNadeem9)

The Divergent Series: The birth of an Allegiant leader