De-seating PTI members: To evict or not to evict, that is the question 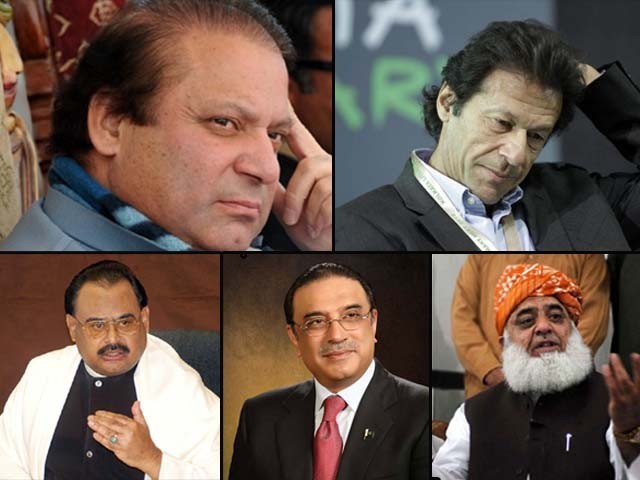 The issue of de-seating, a waste of parliament's time.

On the July 28th, Muttahida Qaumi Movement (MQM) and Jamiat Ulema-e-Islam-Fazl (JUI-F) tabled resolutions in the National Assembly to de-seat lawmakers from Pakistan Tehreek-e-Insaf (PTI) on account of their absence from the house for 40 consecutive days of its sittings.

The resolutions were tabled under Rule 44 of the National Assembly Rules of Procedure, to de-seat PTI members under Article 64 (2) of the Constitution of Pakistan.

Pakistan People’s Party (PPP) and Jamaat- e- Islami (JI) stood by PTI and against the motions to de-seat them. Pakistan Muslim League-Nawaz (PML-N), apparently against the motion, suggested that it may be adjourned and time may be allowed to resolve the issue amicably, outside of the house.

The motions were deferred for seven days, reportedly on the request of Mr Ishaq Dar, finance minister and senior member of the prime minister’s cabinet.

It may be interesting to note that the resolutions/motions tabled by MQM and JUI-F could not have been considered by the house before the expiry of seven days from the date on which they were moved as per proviso to Rule 44 sub rule 2,

“Provided that no such motion shall be considered before the expiry of seven days from the date on which the motion was moved.”

On July 27th, PML-N had decided in principal to not support any such resolution or motion tabled in the National Assembly and to adopt a conciliatory path.

PTI leader, Shah Mehmood Qureshi, urged the house to take up the motion and be done with it, instead of keeping the members hanging. In light of the above mentioned proviso, his suggestion seems to be against the Rules of Procedure.

PML-N is playing wisely, at the moment at least, considering the recent Judicial Commission (JC) report is a vindication of its stance it wants to stay on the recently acquired moral high ground. Reportedly, several members from PML-N did advise the prime minister to support the motions and evict PTI members. However, Nawaz seems to have learnt some lessons from the past when such advisors landed him and his party in deep trouble.

It is thus most probable that PML-N legislators will be advised to vote against the motions. With PPP and JI following suit, the motions may well be rejected.

On merit, in my opinion, the motions deserve nothing more than rejection. PTI legislators had resigned from the house and the resignations were kept pending by the speaker who ultimately chose not to accept them in his own discretion, as allowed by the Rules of Procedure (Rule 43-2b).

It may also be argued that as per the rule laid down, in context of language used in Rule 44, a motion to de-seat a member on account of his absence can only be tabled if and after the speaker brings the matter of such absence before the house. As per Rule 44(1),

“If a member is absent without leave of the Assembly, for 40 consecutive days of its sittings, the Speaker shall bring the fact to the notice of the Assembly and thereupon any member may move that the seat of the member who has been so absent be declared vacant under clause (2) of Article 64…”

As per my knowledge, the speaker has not brought the absence of PTI members before the house through any notification or statement. It is thus questionable if these motions are regular and valid in light of the Rules of Procedure.

Furthermore, legitimacy of the house was, for all practical purposes, in question; a question that was deliberated upon by three senior Supreme Court Justices for well over three months.

Rules of Procedure of the National Assembly and the Constitution of Pakistan are silent on the absence of a member or members during the pendency of their resignations, in effect leaving the matter to the discretion of members of the assembly. This makes the motions a matter of moral obligation more than a legal one.

Morally, PML-N is obliged to let PTI be a part of the Parliament, as agreed upon in the Memorandum of Understanding (MoU) between the two parties. The outburst from a minister from PML-N after the party had succeeded in its efforts to bring PTI members back in parliament earlier this year has already brought considerable embarrassment to the party.

As far as MQM is considered, their motion is a continuation of their bitter rivalry with PTI. It is more about revenge than the constitution or law. JUI-F is sort of on the same boat as MQM, only since it is in coalition with PML-N, the party should be brought on the same page as its coalition partner. There is little probability that JUI-F joined MQM on behest of PML-N, in order for PML-N to make the most of this opportunity and come out as the conciliator.

The matter of eviction of PTI members from Parliament is thus inconsequential, a mere opportunity for sensationalism. It does not promise to yield any productive outcome and is merely a waste of the parliament’s time.