Pakistan, a nation filled with tolerance and forgiveness 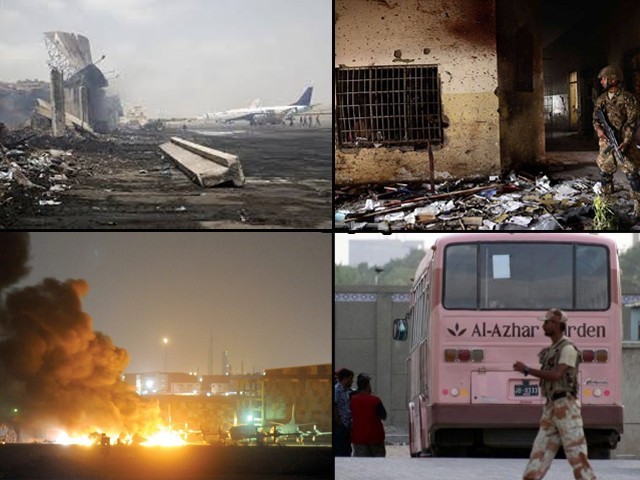 People continue to witness terrorist attacks throughout the year in different parts of the country.

Now and again, we are reminded that it’s impossible to politely engage everyone on this planet and no tolerant society should ever try doing that. It is important to begin by recognising that religious intolerance has a number of dimensions within it.

Sources of religious intolerance, for instance, can be the actions or policies of governments and/or the actions or beliefs of individuals or groups in the society. Targets of religious intolerance can include members of specific religions or religion in general, people who choose to change or disregard their religion, and even the people randomly victimised by religion-related terror or armed conflict.

Many people argue that Pakistan is a highly intolerant society to live in. It is this very country where minorities are being killed because they are infidels or simply because they follow other religious practices and rituals. Majority of us say that Pakistan is a country where Muslims are against Muslims. Other than that, we also take huge pride by killing the minorities on this very unfortunate soil.

Having said that, I refute all such claims, because I believe Pakistan and the people living in this country are very tolerant. We are tolerant enough to forgive and forget the killers of defenceless and innocent masses. We not only overlook, but we also exonerate the slayers of cold-blooded murders of innocent human beings, specifically when they carry out inhumane acts in the name of honour killings, blasphemy, religious indifferences and so on.

A year has passed, but we have not learnt anything from the airport attack in Karachi during which numerous individuals lost their lives, including the attackers which jeopardised the prospects of the federal government’s significant peace talks with the Taliban leadership. Believe it or not, the terrorists accomplished what they had planned. They didn’t enter the airport to remain there for long or plan to keep people hostage. They eventually may have died themselves; nevertheless, they showed the world how weak, unstable, and helpless we are as a nation.

Their act signalled the world to stop intervening and investing in our country. They have also revealed our vulnerabilities in the most secure places, be it the General Headquarters (GHQ), the Air Force or Naval base, airport etc. More importantly, the terrorists sent out a strong message to the government on how they can exercise their powers anywhere they please in the region.

Where on earth are we living?

If the so-called secure airports are not safe enough, then there are several other vulnerable targets these cruel beasts can attack as well.

Where’s the writ of our government or law enforcement agencies when we need it the most?

It took 12 hours after the siege for our elite forces to clear the Karachi airport of the barbaric militants. The whole episode left a huge dent on the country’s image worldwide. Two thousand elite commandos are still unable to do anything concrete in order to stop or kill these fanatics.

Similarly, another attack took place in Balochistan where around 30 innocent people were killed by outlawed militants. However, we unfortunately tolerated the actions of those individuals who claimed the responsibility of carrying out this dreadful operation against innocent people.

After this unfateful Balochistan attack, along came one of the deadliest and horrifying attacks, the massacre of 141 lives on December 16, 2014 at the Army Public School (APS) in Peshawar. Outlawed Mullah Fazlullah led Tehreek-e-Taliban Pakistan (TTP) claimed responsibility for the attack.

The APS attackers did not plan to keep people hostage, their intentions were just to kill and clearly that is what they did. The death toll of 141 people signifies that the APS attack has been the deadliest terrorist attack since the public rally bombing in Karachi, which left 139 people dead. The rally was held to welcome Pakistan People’s Party (PPP) Chairperson Benazir Bhutto in October 2007.

According to various officials, a terror threat alert was issued to the Khyber-Pakhtunkhwa (K-P) government on August 25th and 27th, warning them of the impending attack on APS, but the federal as well as the provincial governments paid no heed to such warnings. Had the authorities taken such warnings seriously with proper precautionary measurements, then we wouldn’t have experienced such a shocking and heart-breaking incident against our youth.

Ironically, the threat alert was reiterated through a circular from the National Counter-Terrorism Authority. Three days before that, the official stated that the government was informed that the militants had entered Peshawar to carry out the attack, but unfortunately the provincial authorities were busy encountering the current government from the rooftop of a container.

On the other hand, this terrorist attack activated the military, government, and civil societies to possibly curb the known terrorists. This coordination of our military and the federal government formed the much-needed National Action Plan (NAP) in order to crack down on terrorists more fiercely than ever.

Soon after, a crack-down operation was initiated by the Army, commonly known as Zarb-e-Azb. It’s been a year since this operation and the Army claims that several terrorists have been killed in various blitzes, but they are still unable to capture Mangal Bagh or Mullah Fazalullah.

People continue to witness terrorist attacks throughout the year in different parts of the country. In the same way, the civil society also initiated a leap forward to stand against these atrocities and to bring the culprits to justice. However, their drive decreased with the passage of time and the brutally murdered children seem to be forgotten. Moreover, after seven months of the dreadful APS episode, I wonder how convenient it was for some political parties to re-initiate dialogues with the TTP.

See how tolerant we are? Or perhaps we are experiencing short-term memory loss.

In recent times, we experienced another lethal terrorist attack on the Ismaili community. Unfortunately, around 46 ill-fated men and women were gunned down mercilessly in broad daylight. The Safoora attack carnage has further deteriorated the security situation of the country. The wounds of the Safoora Goth incident were still unsullied when another similar tragedy hit Balochistan, where 22 people were killed and another 25 had been abducted by the militants for reasons best known to them.

Moreover, in the most recent tragedy, another innocent yet defenceless human being was gunned down in Islamabad during the wee hours of Sunday, July 26th 2015. However, the motive has been unclear on whether this person was killed because he worked for the US Embassy or for being associated with the Ismaili community.

But did we create any hue and cry over such brutalities? Maybe for a day, perhaps a week or even a month, and then we all went back to our daily routine. All we heard in the end was,

(Whoever had to die, has died)

The author is a CSCP in an international FMCG. He is a social activist in making. He is also a seasonal photographer, enthusiast cricketer and a music devotee. He tweets as @MohammadNavyd