Move over, women; it’s time for men to rightfully use the victim card 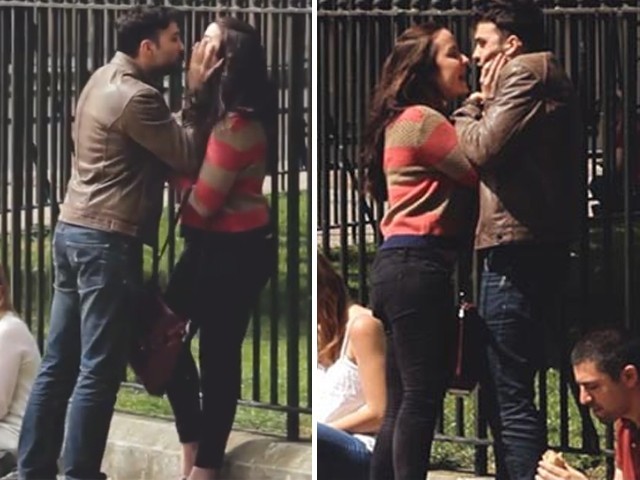 The two-minute video showed a couple having an argument with one another. PHOTO: SCREENGRAB

Feminism has been rooted in history ever since the unceasing debate about gender discrimination began, which goes back a long way. However, our media has often glorified women as the only victims of social injustices, while men, who are also victims of domestic violence, sex trade, abuse, and other unjust practices, are side-lined from the spotlight.

They are primarily held responsible for almost all the issues associated with women’s rights crisis. I, for one, believe that this is yet another social stigma that exists in our society. In fact, our media has played a liable role in promoting feminism to an extent that the women’s rights issue has become secondary in Pakistan. Moreover, presently women are not the prime targets of brutality but in fact, they are the ones perpetuating it.

Recently, I interviewed an individual from Murree and asked him about his personal life. Surprisingly, the response I anticipated from him was quite unexpected, pretty much an answer that would involuntarily shed light on the real life experiences of individuals that are hardly depicted on television.

Jamal Ibrahim, a Pakistani national had been a victim of long-term verbal and physical abuse by his wife. Furthermore, the lady who hired Jamal described him as ‘kind and humble by nature’ while she labelled his wife as ‘sharp and cunning.’

Jamal also explained that his wife had her eyes on the property his father had safeguarded for his sons. Furthermore, he stated that his wife had married him for money only and that she had everything planned beforehand. The lady, who hired Jamal as domestic help commented saying that his wife would persistently flog him with an iron rod if he dared to object to her commands.

And when the lady would ask Jamal’s wife whether they had a fight, she would simply reply,

“What are you talking about, baji? Everything is fine.”

She would then smile, pretending that nothing had happened, when in truth, she had put him through severe torture. The lady also claimed that his wife never regarded him as a good husband, but Jamal always praised his wife behind her back, despite all her flaws. Although not educated, Jamal was a decent lad, but things were quite unstable between him and his family.

He also happened to share their brief conversation with me, while shedding a few tears.

“You better not meet your father tomorrow, or else I will fabricate a story about your torrid affair with another woman.” said Jamal’s wife over the phone.

The poor man was helpless in this regard. On one hand, he desperately wanted to meet his father after a long period of time, while on the other hand, his reputation was on the line. Jamal explained that at times, he felt helpless. But it wasn’t his fault at all.

Additionally, I came across ManKind’s initiative #ViolenceIsViolence that advocates men’s rights. The two-minute video showed a couple having an argument with one another. As the man flew off the handle, he started to manhandle the woman in public. Most people intervened and started yelling at him.

However, in the second half of the video, it was the other way around. The man was thrown under the bus. He was abused and jostled by the woman and people began laughing, thinking that they were in some kind of circus show. Sadly, no one helped him out.

As an individual, I had the misfortune of witnessing a similar case where a young newlywed man was murdered after his wife had sedated him with drugs. Psychological manipulation, emotional blackmail, and other cruel practices are all carried out by either newlywed young women or their mothers. After all, mothers are to be equally blamed for these horrifying drills.

I was glad to have witnessed a few other incidents on the basis of which I have written this very piece. If a man wants to evade transgression from a woman, all he needs to do is man up. He should be able to stand up for himself and confront his wife if she continues to abuse him without an apparent reason.

As time is rapidly passing by, these forbidding practices are becoming more prominent in our society. Furthermore, I have seen various morning show hosts, most of them being females for your information, who wholeheartedly bash men on national television not knowing the other side of the story.

I believe that media programs should not be based solely on women but must advocate those men who continue to bear the brunt of many social injustices. That way, we can bring in an effective change in our society and would be able to come to terms with gender inequality and its growing influence on Pakistan.