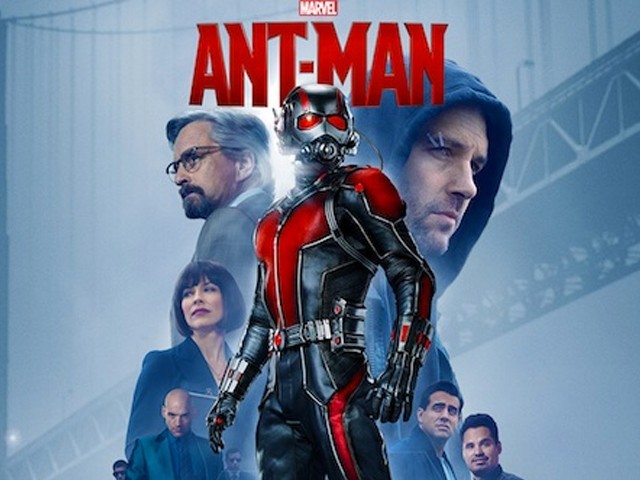 Ant-Man is funny, enjoyable and its visual effects are an absolute pleasure to watch. PHOTO: SHOWTIME SHOWDOWN

Ant-Man is an American superhero film, produced by Marvel studios. Based upon a comic character with the same name, Ant-Man, the movie marks the conclusion of Marvel’s Phase Two of the Marvel cinematic universe.

If you’re expecting Ant-Man to present the same pomp and show as other Marvel movies in the Marvel cinematic world, such as the Iron Man trilogy or the Avengers series, then you’ll definitely walk out of the cinemas disappointed.

Ant-Man takes a different and subtle route. Instead of going all guns blazing and exhibiting excessive over the top CGI visuals, it builds scenes which are equally comedic and entertaining while cleverly using CGI visuals to augment the effect of what it is literally like to be minuscule.

One thing that can be ascertained after watching Ant-Man is that while it fits in the larger scheme of things with context to parallel storylines (Captain America, Thor, Iron Man, Avengers, etc.) presented in the Marvel Universe as a whole, on its own, Ant-Man delivers an enjoyable movie experience for the audience.

Coming back to the action scenes in the movie, they’re great and well-thought out. Most of the action sequences that take place during the entirety of the movie will be from Ant-Man’s miniature perspective and view. They’ve innovatively shown a fight scene inside a briefcase (yes, a briefcase) that ingeniously includes iPhone-based jokes in the middle of it. It’s these little nuances and attention to detail that make this particular movie an absolute joy and delight to watch.

Coming to the antagonist, Corey Stoll (House of Cards, The Strain) plays the role of Daren Cross and his alter ego, ‘Yellow Jacket’, who intends to use Pym’s suit for military applications. As is the case with all megalomaniacs who lust for more untapped and unrestrained power, Daren Cross is no different.

In all honestly, after seeing his performance in House of Cards, one would expect him to knock this role out of the ball park. Unfortunately, he delivers a bland, flaccid, and a standardised run of the mill performance as one would expect from a passable villain. It’s a pity that his acting skills weren’t fully realised and utilised.

The protagonist of the movie truly steals the show. Rudd in his rendition as Ant-Man delivers a memorable performance, which can be compared to the likes of how Robert Downey Jr truly owned the character of Iron Man and delivered a persona that was much attuned with his real self.

Similarly, Scott Lang is an offshoot of Rudd’s own personality which he has infused in his role as the world’s tiniest superhero. His comedic timing and on the spot references to other heroes in the Marvel universe is highly entertaining to watch. The supporting cast is fairly adequate, especially Michael Peña and Evangeline Lilly.

It’s not often that movies which are not mainstream get to see the light of the day, and when they are produced and directed, either they’re panned by critics or are absolute disasters. Props to Marvel for taking a risk and not playing it ‘safe’ by producing just another movie with familiar heroes we’ve all grown accustomed to.

Ant-Man is funny, enjoyable and its visual effects are an absolute pleasure to watch. Suffice to say,