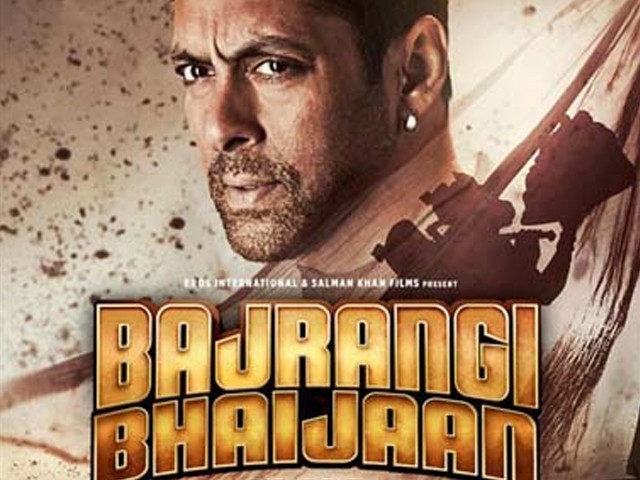 I have to admit, I went to watch Bajrangi Bhaijaan (BB) with a lot of prejudice. PHOTO: TWITTER (@RohanGaw)

I have to admit, I went to watch Bajrangi Bhaijaan (BB) with a lot of prejudice. I am not a big fan of Kabir Khan and have not liked Kareena Kapoor’s acting in any other movie than Jab We Met. I am not a Salman Khan fan either and despite that, I watch all his Eid releases on the first day.

I had four hypotheses before going to the theatre and I had made an outline of the review I was going to write. Generally it’s a set template for a Kabir and Salman film. Nonetheless, my predetermined conclusion of BB being a mediocre film was proven wrong; it is far from a mediocre film.

But first, the hypotheses.

Not just Kareena, the entire subplot of Salman’s love interest was completely unnecessary. In the first half, a good 20 minutes were spent on establishing the love story between Salman and Kareena. As the film lasted 163 minutes, cutting 15 minutes and a song could have made the edit sharper and more gripping. The role could have been played by any actress. Salman could have been a married or single man in the film. It would not have had any impact on the final outcome.

Nawazuddin Siddiqui will be brilliant – proven to be true

And boy was he fantastic. His introductory sequence is a straight lift from Pakistan’s very own Chaand Nawab, and as it turns out, his character is actually called Chaand Nawab. Nawaz comes on screen only in the second half of the movie and takes the burden of carrying the film on his gifted shoulders.

His chemistry with Salman is something seen very rarely between male leads of a film. Immaculately timed, comical, perfect body language, and expressive eyes. I am not going to say more, but if someone is selling t-shirts saying “I heart Nawazuddin Siddiqui”, I am ready to send my credit card details.

Salman Khan will not be able to emote as per the requirements of the role – partially proven to be true.

Salman as an actor has limitations, we all know that. But have those precincts ever made any difference? No.

Salman is not a method actor. He will never be Nasseerudin Shah or Aamir Khan. I only watch Salman’s movies to see whether he performed better than his previous films or not.

In BB, however, the actor has put in a genuine effort to emote and get into the skin of the role. This is one of the best performances of bhai’s career, if not the best. His demeanour as a simple villager is at point and his performance towards the second half of the film is extraordinary. He has a very powerful scene in the first half at a brothel, where he struggled to convince on the emotions, but still did better than his previous films.

BB has no over the top action sequences, choreography, shirtless scenes, or romantic songs. It is heavily dependent on the lead actor. Funnily enough, despite all the limitations, Salman has succeeded. I was unable to picture any other actor playing Bajrangi. BB did not need an actor, it needed Salman Khan, the star, to deliver and so he did.

The good thing is that Salman is not the only superstar in the film. The other is Harshaali Malhotra, the child playing Shahida; very cute, charming, and convincing. It was a challenging role as she plays a mute girl, and she really showed her competence despite the presence of some big names in the film.

This is where I was completely wrong. The problem I have had with other Kabir films is that they were made on the pretence of being intelligent and logical social dramas, which in reality they were not. Be it New York or Ek Tha Tiger, they were more intellectualt than Farah Khan, Prabhudeva and Rohit Shetty films, which made the masses (read Salman Khan fans) feel that they are watching intellectual cinema. This strategy resulted in a big commercial success for Kabir, but this still does not mean that these films were good.

Kabir has been vigilant about sense and aesthetics, rather than just looking for a way to appeal to the masses. This could be a transition for Kabir, from a successful director to a good director. He has been helped a great deal by Vijayendra Prasad’s story and a capable production design team headed by Rajnish Hedao. Prasad has brought an original story with a lot of room to attract cine-goers.

Hedao’s team – well known for PK, Rockstar and 3 Idiots – already has vast experience of multi-location shoots. BB spreads across various cities and weather changes, and keeping this in mind, production design and art direction is always tough for such films. Add to it the complexity of showing Pakistan without being in Pakistan. Credit goes to Kabir for utilising the resources at hand in the best possible way.

I also feel that Kabir should be applauded for getting the best out of the cameo appearances by different actors. For instance, Om Puri in a beautiful warm sequence, Adnan Sami Khan as an exuberant qawwal, the actor playing a Pakistan army officer at the border and many others in small roles.

Lastly, Kabir has done a remarkable job in treating the screenplay the way it deserves to be treated. He knew when to take creative liberty in the best interest of the film (armies of both countries being lenient on borders etc.) and knew when to make things look realistic (tunnels at the border, Samjhauta express, Shahid Afridi etc.). He could have done better with the duration of the climax though, by eliminating some unnecessary emotional manipulations.

Bajrangi Bhaijaan is not an anti-Pakistan film. The filmmakers have tried to be as reasonable as possible without ruining the story requirements. They have shown good and bad on both sides of the border. The film also touched upon the religious divide and has shown Muslims as the more accommodating amongst both the religions. What it does communicate strongly is the secular message of modern India.

It’s a possibility that it will be a lesser commercial success than Kick or Ek Tha Tiger.