What they didn’t tell you about Pakistan: Seven common myths dispelled 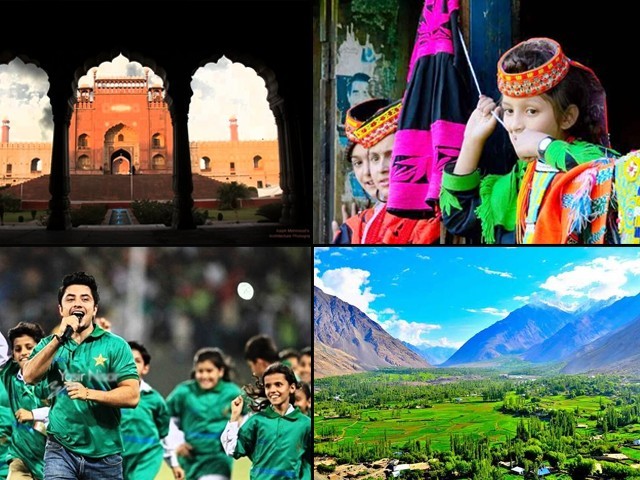 Pakistan may be one of the most misunderstood countries around and it is certainly easy to see why when you hit the layman's ceiling of knowledge in about 10 seconds.

Pakistan may be one of the most misunderstood countries around and it is certainly easy to see why when you hit the layman’s ceiling of knowledge in about 10 seconds. What most people don’t see is what lies beyond the media coverage, highlighting just the challenges the country is facing today.

There is a lot more to Pakistan than what meets the eye, so prepare for some enlightenment and let’s go bust some myths.

1. Pakistan is no place for women

Contrary to the stereotype, not all Pakistani women sit at home with a fan in their hand, waiting for their husbands to return from work. One of them has actually been to the North and South Pole and also skydived over Mount Everest for good measure.

Pakistan is now producing female commandos who are taking on the likes of the Taliban. Pakistan has also produced the world’s youngest female Microsoft Certified Professional (honoured by Bill Gates) and also women who have won Oscars, a Nobel Prize and international sports awards among numerous others. Pakistan has more female representation in their National Assembly compared to many of its more developed continental neighbours, reflecting the constitutional importance given to the inclusion of women.

How many countries have had a female prime minister, foreign minister, US ambassador and speaker of Assembly? Pakistan has.

2. Pakistan is no place for sport

Pakistan has produced some of the best squash, hockey, and cricket players in the world. In the last year alone, Pakistan won gold, silver and bronze positions in international cricket, hockey, snooker, tennis, and bodybuilding championships, including its female teams. It also won bronze in Street Children’s Football World Cup and a Pakistani marathon runner made five new Guinness World Records. Here’s one for the pub quiz, the Brazuca football from the World Cup, was actually made in Pakistan. Again, this was all just in 2014.

3. Pakistan is no place for creativity

Well, where do we start?

4. Pakistan is no place for a holiday

“I had been dispatched to write a report reflecting the common perception that Pakistan is one of the most backward and savage countries in the world. This attitude has been hard-wired into Western reporting for years … the image of the average Pakistani citizen as a religious fanatic or a terrorist is simply a libel, the result of ignorance and prejudice …. the Pakistan that is barely documented in the West – and that I have come to know and love – is a wonderful, warm and fabulously hospitable country.” – Are we wrong about Pakistan?, The Telegraph.

5. Pakistan is no place for activism

Most people will not know that the most popular genre of Pakistan television is not the sitcom or the soap opera, it is the political talk shows. Two thirds of the Pakistani population is aged 30 or below, and with the International Monetary Fund (IMF) recognising Pakistan as having “abundant economic potential”, this dynamic combination earns itself a “watch this space” hashtag.

The past few years have seen increasing groups of civil society engaging in active protests including doctors, nurses, lawyers and persons with disabilities. Many people don’t know that Pakistanis actually broke the record of the longest sit-in protest in the world in 2014, where political activists gathered in the capital city of Islamabad (often referred to as one of the most beautiful capital cities in the world) for 126 days in anti-government protests against alleged election rigging in the national elections of 2013. This contributed to the first ever Judicial Commission investigation into alleged election rigging in Pakistan’s history.

6. Pakistan is no place of beauty

Pakistan is like four seasons at any one time. In Pakistan, you will discover the most picturesque valleys and breathtakingly stunning water landscapes, the second highest mountain range in the world and many glorious historical buildings and forts. The capital city of Islamabad is often referred to as one of the most beautiful capital cities in the world and Lahore as the “Paris of Asia”.

7. Pakistan is no place for academia

Cricketer Shahid Afridi with a young student during an education campaign. Photo: MASH.

Last year, Pakistan broke its own record for the world’s youngest Microsoft Certified Professional. A scientist of Pakistani origin made an unprecedented discovery in neuroscience. It was the only Asian country to obtain CERN’s (European Council for Nuclear Research) associate membership.

Just the year before that, a Pakistani school student established a new world record of the most A-grades in O and A’ levels; a whopping 47 in total! There are many credible achievements and contributions prior to this, but with limited space, it is worth noting the Pakistani professor who won the Nobel Prize in Physics in 1979 and whose contribution to theories are being studied in syllabuses across the developed world today.

So there we have it, a quick whistle stop tour beyond the realms of Facebook. There is no denying the relentless realities of corruption, injustice, and violence which plague the country today, but there are two sides to every coin.

The above is just a snapshot of the potential of the people of Pakistan without adequate resources, support or infrastructure. The day they rise for their rights and break free of their shackles, they will see that tomorrow has their name written all over it, and so will the world around them.

Come on Pakistan, you can do it!

A doctor, political activist and aspiring writer based in the UK.

Is PTI trying to derail democracy?

With tears of blood and bodies cold

My name is Khan, and I'm not a terrorist