BJP and the Congress are two peas in a pod 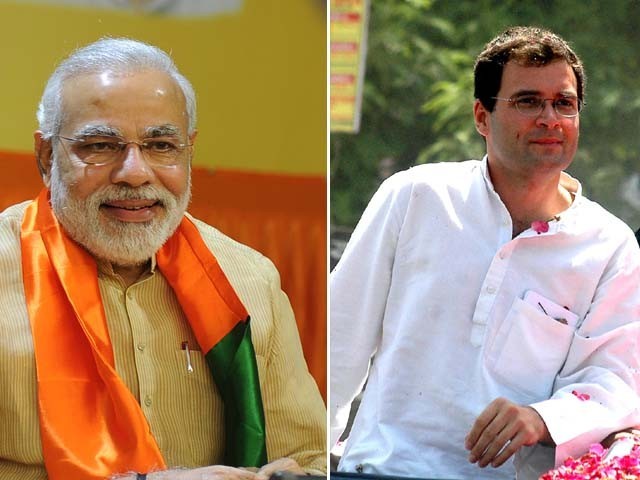 One would have expected Modi to learn from Dr Manmohan Singh’s mistakes but it doesn’t seem so.

In a recent television interview given to India Today’s Karan Thapar, Bharatiya Janata Party’s (BJP) patriarch LK Advani mentioned that Indira Gandhi cannot be said to have a ‘mixed legacy’ as she was responsible for clamping down emergency. Thus, she cannot be forgiven.

If the Indian National Congress (INC) carries the burden of murdering democracy on the pretext of the foreign hand theory by imposing the emergency, BJP has to be held responsible for smashing the secular edifice of India by the means of the divisive Ram Janmabhoomi Movement which led to the destruction of the Babri Mosque in Ayodhya. During the emergency, Indian citizens were stripped of their fundamental rights and thousands of political workers were put behind bars. Though the emergency was lifted after a period of 21 months in March 1977, it left a permanent scar on INC’s supposed commitment to parliamentary democracy.

When Sangh Parivar-led kar sevaks (volunteer for a religious cause) brought down the Babri Mosque, it not only soured Hindu-Muslim relations in India and led to widespread rioting but it also sparked many revenge attacks on Hindu temples in Bangladesh. One can delve deep into history and sight numerous examples to suggest that Congress and BJP are not very different from each other. In 1984 the Congress government failed to protect the Sikhs as they were hounded out and massacred in large numbers following the assassination of Indira Gandhi. Eighteen years later in 2002, BJP’s state government in Gujarat too turned a blind eye towards the mass killing of Muslims following the controversial burning of a train carrying Hindu kar sevaks.

However, if we evaluate the current political scenario in India we can find one big difference and similarity between the BJP and Congress. The difference is in terms of approach as Prime Minister Narendra Modi appears to be much more ‘adept’ at event management and self-promotion. Modi launched the clean India mission called Swachh Bharat Abhiyaan on Gandhi Jayanti last year and tried to snatch away the political legacy of Bapu from the Congress.

Thereafter, Christmas was rechristened as Good Governance Day and the Bharat Ratna was conferred on BJP’s Atal Bihari Vajpayee and Banaras Hindu University’s (BHU) founder Madan Mohan Malviya. On June 21st, Modi led the celebration of International Yoga Day across the world by stretching out himself alongside thousands of others at Rajpath. And now it has been reported that the Modi government is planning to celebrate Raksha Bandhan.

Nevertheless, the question to be asked is whether this is entirely symbolism or something more substantial.

Swachh Bharat Abhiyaan has so far failed to be anything more than a political gimmick. It provided for many photo-ops involving politicians and Bollywood celebrities but has failed to make much of a difference on the ground. Cleaning of rivers is still a distant dream and open defecation a norm for many across the country. Modi hasn’t done anything worth mentioning for his constituency Varanasi.

Ceremonial gestures like bestowing of Bharat Ratna on BHU’s Madan Mohan Malviya might have made a few locals happy for a while but has it altered the quality and standard of their lives?

Where is good governance?

While efficient event management and outright centralisation of power is the unique selling proposition of the National Democratic Alliance (NDA) government, the prime minister’s muteness is what makes it similar to the United Progressive Alliance (UPA) government. The controversy around IPL’s tainted architect Lalit Modi has hit two BJP bigwigs, namely, Indian foreign minister Sushma Swaraj and Rajasthan Chief Minister Vasundhara Raje. The opposition has demanded the resignation of both the ministers as the media is relentlessly carrying out exposes on a day to day basis implicating Raje and Swaraj of impropriety.

But Modi, much like his predecessor Dr Manmohan Singh, is keeping quiet. Silence on critical issues of corruption earned Dr Singh, the dubious nickname of the silent prime minister.

One would have expected Modi to learn from Dr Singh’s mistakes but it doesn’t seem so.

Prior to this, for a long time, Modi said nothing when BJP leaders like Sakshi Maharaj and Yogi Adityanath were spewing venom against minorities. This even prompted a statement of caution from US President Barack Obama during his visit to India in January earlier this year.

Congress-led UPA government was a minority government. It was a government which was often paralysed due to its coalition partners like Dravinda Munnetra Kazhagam (DMK). It was precisely because of the desire to stay in power, dubbed as ‘compulsions of coalition politics’ that Dr Singh didn’t sack telecom minister, A Raja, as the Congress feared that the DMK would withdraw support and the government would fall. Eventually, Raja had to go and so did Dayanidhi Maran and many other Congress leaders including Shashi Tharoor, Pawan Kumar Bansal and Ashwani Kumar. UPA’s ministers did resign but by the time they resigned, the damage had already been done.

Today, the BJP is suffering from the arrogance of numbers.

They have a majority of their own and are brazenly backing Raje and Swaraj. They will most likely continue to do so. Union Home Minister Rajnath Singh recently stated that the tainted ministers won’t resign as it’s the NDA and not UPA government.

Although, Modi needs to realise that the people of India didn’t elect them to become arrogant and act like the Congress did. Modi might not act but negative publicity in the media will continue. Pressure wouldn’t ease, courts will pitch in and then Modi would be forced to act on Vasundhara Raje, Sushma Swaraj and Smriti Irani.

NDA might have become another UPA and the people might not be able to spot the difference between the two.

The writer is pursuing an MA in Convergent Journalism from the AJK Mass Communication Research Centre, Jamia Millia Islamia. He has published several opinion pieces, news reports and letters for various news websites and newspapers. He tweets @SaifAKhan (twitter.com/saifakhan)

A separate state for Kashmiri Pandits is not the way forward