Punjab’s dominance is not because Punjabis are chauvinists 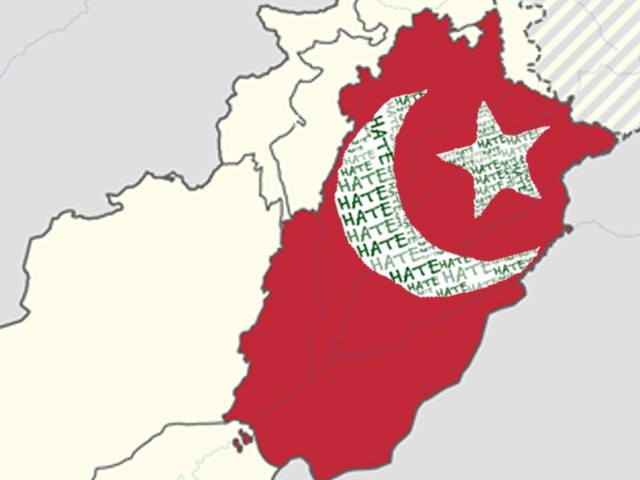 Continuous allegations against ordinary Punjabis breeds hatred and at times may manifest in violence.

There is a common narrative that an overwhelming majority of Punjabis are chauvinistic and are always conspiring against the smaller provinces. In fact, it has become sort of a trend, particularly among some of the liberal journalists, to put all the blame on the Punjabis.

I can understand the rationale behind it because that is a well-accepted narrative.

Moreover, since the smaller provinces have complaints, therefore it becomes difficult to say anything in defence of the Punjabis for the fear of being called a ‘pseudo liberal’ or worst, a closet chauvinist. Some of the journalists just throw the word Punjabi chauvinism without even trying to justify their stance. Mind you, some of the esteemed journalists are also guilty of it.

The title ‘liberal’ is perhaps more important than credibility and they just don’t want to be accused of being ethnically biased, no matter even if they are projecting an unsubstantiated opinion.

One of the reasons as to why I am offering my two cents is because I think that in an increasingly ethnically charged state, we need to resolve the issues without undue hatred towards each other. Continuous allegations against ordinary Punjabis breeds hatred and at times may manifest in violence.

Yes, Punjab is dominant but ordinary Punjabis may not have conscious scheming role as is often projected by some of the people. Whereas I am against this current set up as it causes grievances to smaller provinces, at the same time, I would like to make one thing clear – it is not correct to blame the Punjabi masses.

Yes, Punjab’s dominance is not springing from the fact that an ordinary Punjabi is a chauvinist but rather due to the fact that it is the most populous province and our systems of revenue allocation is based on population. Secondly, the quota system which is also based on population and demographics favours Punjab more.  It is this quota system which has escalated to a higher representation of Punjabis in the state institutions.

So quota favours Punjab, but do we really want to see the end of the quota system? We all know that in reality, quota works for the advantage of smaller provinces. If you don’t believe me, try repealing it and the strongest protest will come not from Punjab but from other provinces barring the Mohajir community. In fact, the quota system hurts the Urdu speaking community the most.

Hence, it is a combination of the quota system and the historical legacy of colonial times that a large chunk of armed forces are drawn from Punjab. We keep on hearing the word Punjabi army and through an over simplistic analysis, we also conclude that this Punjabi army is always trying to ensure Punjab’s interests.

Unfortunately, the reality is often not that simple. First of all, the army’s primary interest is not preservation of Punjab’s interests but rather its own institutional interests. It has behaved the same no matter what the ethnicity of its commander in chief was. Whether it was a Sindhi Benazir or a Punjabi Nawaz Sharif, it has intervened whenever it assumed that its interests were being undermined by the ‘bloody civilians’.

Army acts as an institution rather than as an agent for a particular province.  Yes, Punjab benefits but not due to conscious and planned efforts of Punjabis or for that matter army itself, but simply due to the fact that a large number of army officers are from Punjab.

Even within Punjab, most of the army recruitment has been from merely three districts of Attock, Jhelum and Rawalpindi. The high recruitment from these areas is a legacy of colonial times. Yes there is a spill over effect to other areas as well, but primarily, the economic benefits within Punjab are restricted to these areas.

Secondly, it is true that while Punjab gets more benefits due to its higher representation, the army’s interest may or may not be completely synonymous with Punjab’s interests each time. Yes, these may even overlap at times but we need stronger evidence to conclude that the army is a non-elected political institution, solely geared to just ensure Punjab’s hegemony and that too at the behest of the Punjabi populace.

Furthermore, then comes the issue of the voting pattern. In this matter as well, it has often been alleged that Punjabi masses are chauvinistic and vote to ensure Punjab’s hegemony. This is also a pervasive point of view often repeated by some of the journalists. Some of them even went to the extent of interpreting a lawyer’s movement as a Punjabi population’s conspiracy to establish its lost electoral advantage.

I have several objections to this voting pattern paradigm analysis.

First of all, it is idiotic to assume that all Punjabi, or majority of the Punjabis, think and then vote like a monolithic entity. Vote is a one-time exercise and is often influenced by a multitude of factors. To simply assume without any evidence that their sole criterion is ethnicity is stretching it too far and borders on intellectual dishonesty.

A deeper analysis would reveal how flawed this assertion is. Rural Punjab has more seats than any other area in Pakistan and all political issues are local and focus on local issues. A candidate is not voted on ideology but on their ability to wield influence on a local level.  This is an evident fact which is simply overlooked.

Anatol Lieven in his brilliant book ‘Pakistan: A Hard Country’ has wonderfully articulated as to what politics is all about in Pakistan, particularly rural Punjab.  In his words,

“Since the kinship group is the most important force in society, the power of kinship is inevitably reflected in the political system.”

The fact is that rural Punjab does not vote on ideological or ethnic grounds but along tribal and kinship lines and gives importance to local issues. No matter which party the individual would cast his vote for, it will be casted based on the candidate’s ability to wield local influence. Hence, it is no surprise that Pakistan Muslim League-Quaid-e-Azam (PML-Q) could not get a single seat in the cities and yet was able to bag 54 National Assembly seats from rural Punjab in 2008 elections.

PML-Q’s voters were not voting on PML-Q’s ideology (was there any) or its pro-Punjabi stance (again, was there any), but was actually voting for the strong individual candidates the party had fielded.

The other two parties had also fielded powerful candidates with several who had switched sides in the past. No where were these candidates selected on ethnic grounds or for waging conspiracies against other provinces.

The ordinary rural Punjabi is as miserable as the rest of the country and is only trying to make his ends meet. He votes for a candidate who he thinks can give him access to state resources and resolve his daily issues. Rural Punjab has remained frozen in time and the voting pattern may have witnessed changes in choice of political parties but in essence, the rationale for vote has changed little.

Even urban Punjab has seldom voted on ethnic grounds. However, it may be correct to assert that perhaps a substantial chunk of Punjabi urban middle class voter has been successfully tutored in state cultivated nationalism. To that extent, the ‘complains’ are justified. However, to assume that this automatically equates chauvinism against other ethnicities is stretching it too much.

In my opinion, we need to analyse the entire issue in a more dispassionate way and rather than whipping up sentiments which further breed hate, come up with solutions through mutual consensus.

If population advantage is an issue, then I am all for breaking up Punjab to reduce it. In fact, I fully support Seraiki province chiefly for the same reason.

Punjab’s hegemony has to be eliminated if we want to continue as an integrated state. But at the same time, we need to look at the real reasons rather than whipping up mistrust.