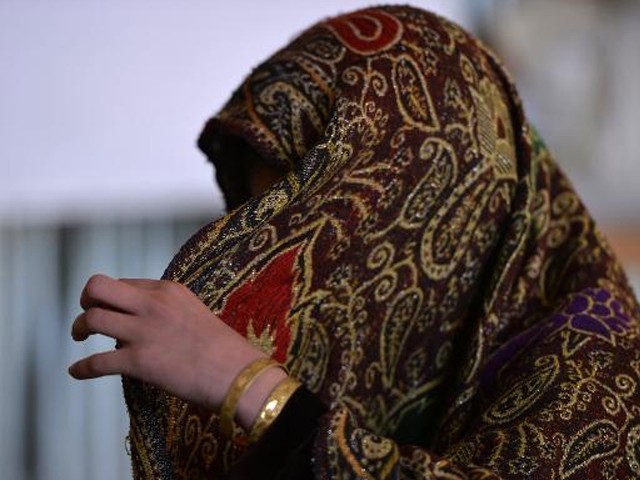 She removed her dupatta, and to my utmost horror, this revealed a huge bruise on her left cheek. PHOTO: AFP

The perfectly starched lab coat hanging in my cupboard stared back at me. I was starting a summer internship at the Civil Hospital to see the inner workings of the field I aspire to pursue. And oh boy, I was motivated, now more than ever.

This internship proved to be a great educational experience and opened my eyes to a side of the world I had been oblivious to before, leaving me with a story that I’m compelled to share today. A particular case struck a chord with me – one I may never forget. The patient, Shayan, was a boy of my age who belonged to a family of modest means.

Hurried through emergency, his father explained that Shayan had been in a motorcycle accident. We discovered that he had suffered a skull fracture and required immediate surgery. At first, I was simply excited by the prospect of observing a craniotomy. However, little did I know that this case would entirely change my perspective.

The surgery stretched for five to six hours, and hence I stepped outside for a break. In the waiting room, I noticed Asif, the father of the patient, staring straight at the wall ahead, almost in a state of trance. Next to him was a woman; her eyes were bloodshot and the dupatta covering her face was drenched with tears. She was unquestionably the mother, Shameem.

Judging by my lab coat, they assumed I was a doctor and immediately bombarded me with questions. Their desperation sent a shiver down my spine. They begged me to save his life. Me? A 17-year-old who had never even held a scalpel? At that moment, I wished I could heal their wounds, which I soon learned, were much deeper than flesh.

As I tried to calm them down, the father walked out to get some water. I was then alone with Shameem and she removed her dupatta. To my utmost horror, this revealed a huge bruise on her left cheek. Upon enquiry, she said her injury was neither any accident nor was it the first time. She stated that she could not inform the doctors. I swallowed hard to stop the tears from flowing as I tried to digest this shocking piece of information.

Shameem’s voice trembled as she narrated the entire incident which landed her son in the hospital. Her husband had gotten drunk that night which led to a squabble in which he lost his temper and struck her repeatedly. Shayan could no longer bear to watch his mother being beaten up. Therefore, this was the last straw for him. So he stepped in. In retaliation, Asif struck him and his head hit the wall. He then lay unconscious in a pool of blood.

Although the doctors managed to revive Shayan, the emotional damage done over the years was irreparable. After being discharged, Shayan and Shameem would have to return to the same house, the same problems and the same Asif. They had nowhere else to go and no one to turn to for help.

However, this story is not about these three individuals alone. This story is about thousands of Shayans and Shameems, who also face such brutalities on a daily basis. This incident is simply a microcosm of the critical state of our society today.

According to the data from the World Report, Pakistan is the third most dangerous country for women. Many Pakistani traditions and misinterpreted religious beliefs present a threat to women, specifically domestic abuse in the form of acid attacks, punishment by stoning and stove burning. Furthermore, according to Pakistan’s Human Rights Commission, over 1,000 women are victims of honour killings yearly. In 2013 alone, 389 incidents of domestic violence were reported in the media with mostly husbands as the sole culprits.

Furthermore, child abuse is becoming a bigger issue. Admonishing children by striking them has become a cultural norm. Eighty per cent of such cases are unreported which is an indication of the negligence of the society as a whole. For some adults, these children present the avenue through which they can vent their frustration. There is a lack of legal protection for children and thus, they are afraid and hopeless.

Unfortunately, the sad reality of today is that a helpless woman like Shameem is forced to turn to a 17-year-old for help. Ever since those eye opening few minutes, I have felt the burden of Shameem’s worries. To prevent such cases in the future, we need to be more nurturing as a society. It would be a mistake to assume that such a change can take place overnight. However, we need to individually be the change that we want to see and therefore take responsibility for every Shayan and Shameem.

Names have been changed to protect identities.

The author has completed her A levels from Karachi Grammar School and is now pursuing medicine.