Is ‘Oh my God’ going to become ‘Oh my Allah’ in Pakistan? 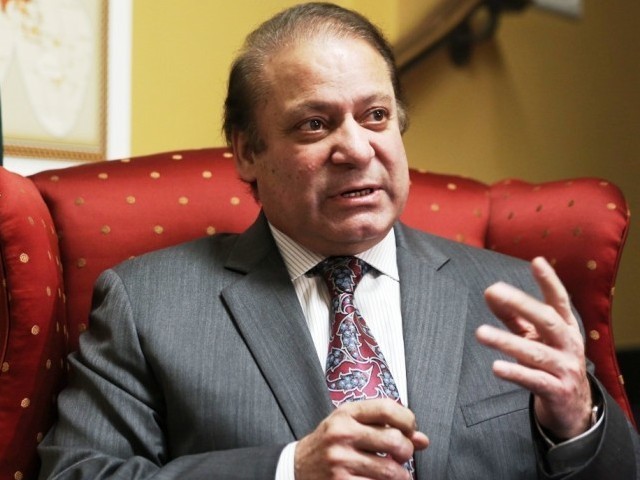 Seriously Mian Sahab? You had the time on your schedule for this? PHOTO: AFP

Recently, Prime Minister Nawaz Sharif approved a list proscribing English translations of various Islamic terms such as ‘Allah’, ‘Masjid’, ‘Salaat’, and ‘Rasool’. I find it ironic that this came to my knowledge on July 5th, which is the day Mian Nawaz Sharif’s ‘roohani daddy’ Ziaul Haq imposed martial law in 1977.

Zia also passed a similar instruction which, over the course of time, replaced Khuda Hafiz with Allah Hafiz in all of our literature, visual media and in our daily conversations. Given our prime minister’s well-known rightist tendencies, and now this, it is not very hard to see the exemplification of the old saying “like father, like son”.

Here, I am going to outline a few reasons why this is a bad move, if not merely unnecessary.

1. It makes Islam look like an Arab religion instead of a universal one

There are around 1.5 billion Muslims in the world, boasting a remarkable racial diversity in their population. Islam is practiced all across the globe and not all parts of the world are under the influence of the Arab cultural imperialism as we are.

Every day, Muslims are using their local words when they refer to ‘Allah (SWT)’ and ‘God’ is just one of them. Islam was assimilated by the local cultures wherever it spread to. The closest example would be Sufism, where the Arab religion took up a sub-continental flavour. It is for these mitigations and assimilations that Islam is widely accepted by a variety of cultures and is practiced all across the globe. To be universal, every religion has needed to, somewhat, lose the image of being local to where it emerged from.

2. It goes against inter-faith solidarity

Is it wise to live in the 21st century yet highlight a distinction between ‘Allah (SWT)’ and God and ‘salaat’ and prayer? It makes the word ‘God’ seem like it represents a completely different deity than the one Pakistanis believe in. It is a fundamental tenet of Islam to believe that the author of the Holy Quran is also the author of three other holy texts. However, the only message indicated by this law is that when someone talks about God, they are not talking about ‘Allah (SWT)’.

Proscribing the word ‘God’ and enforcing this unnecessary distinction would further alienate the non-Muslims of Pakistan; especially the Ahl-e-Kitaab, with whom we find middle ground on the fact that, despite some differences, we worship the same deity.

It is highly unbecoming of a democratic regime to impose a linguistic change upon its population and barring them from using certain words in daily speech. It makes us fight instincts, which we naturally developed through the course of life and would make us watchful of ourselves, when using common figures of speech like “Oh my God”.

Is ‘Oh my God’ going to become ‘Oh my Allah’ in Pakistan?

4. It makes no sense from a linguistic point of view

It is like forbidding all Pakistanis from calling the ‘Qaumi Tarana’ our ‘National Anthem’. You are merely forbidding translation which means the same thing in a different language. What’s next? You’re going to pass laws that replace ‘Ramazan Sharif’ with ‘Ramadan Qareem’?

It is a bit too late in human history to be exclusive rather than inclusive. These are the times when tolerance needs to replace intolerance, if we are to keep pace with the rest of the world. To make God a matter of ‘theirs and ours’ is not the way to go about it. The state should not be defining religious terms for its population.

Come on! You’re supposed to know all this, without me having to tell you!

6. It is a waste of time and resources which may go into enforcing this

Seriously, Mian Sahab? You had the time on your schedule for this? Wow, it must be fun to be the prime minister of Pakistan! Can you please ban the vegetable baingan (aubergines) as well? I hate it when my mother – oh I mean waalida – makes those.

Also, how will this law be enforced? Usually, this isn’t the kind of thing I would spend the taxpayer’s money over, if I was the prime minister. Well, maybe that’s just me.

7. It creates misconceptions about Islam

With the rise of radical Islam, the image of Muslims has been greatly tarnished. People in the West have recently grown increasingly sceptical of Muslims and many perceive the religion negatively. Muslims all across the globe are engaged in efforts to reconcile differences, bridge gaps between the Islamic world and the rest of the world, and are making great efforts to better everyone’s understanding of Islam.

To separate ‘Allah (SWT)’ and God and prayer and ‘salaat’ would only cause further confusion and hamper a better understanding. Such narrow mindedness would also repel potential converts, as this unwelcoming and virtually hostile gesture hints a lack of intellectual growth in Islamic thought.

When the prime minister of an Islamic country makes such an exaggerated gesture of over-religiosity, it makes him appear as a right-wing aficionado and his country will be perceived as backwardly conservative. As much as that may be true, there is absolutely no need to further highlight it. The whole world would point at us and say,

“Look! It’s 2015 and the Muslims of Pakistan are still not over the God versus Allah (SWT) debate!”

The author is somewhat of a musician from Lahore with a deep interest in history, science, religion, and sociology. He is studying political science at UBC and trying to balance it with a law degree from University of London. He tweets as @hashNhisstories

Sexually abusing children in the name of sex education

When it comes to sex crimes in Pakistan, is it better to remain silent?