No, Zaid Hamid isn’t getting Saudi lashes. Not yet 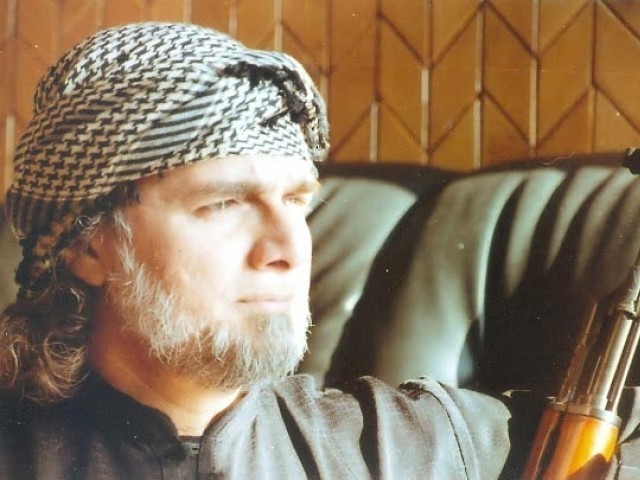 You’ve been living under a rock if you don’t know who Zaid Hamid is. PHOTO: ZAID HAMID'S PICTORIAL BLOG

It is hard for most people to condone the lashings that Saudi Arabia gives out in the form of justice. But when it comes to Zaid Hamid, the first thing that comes to mind is not the barbarism of the image of a man getting 1,200 lashes. It is the irony of the exercise – a bit like falling into a ditch dug by oneself.

Since it is Zaid Hamid, nothing will be straightforward. To begin with, the red-cap loose cannon was arrested in early June, but the news came out only on June 25th. Consequently, various Pakistani media outlets reported on July 1st that he had been sentenced to eight years and ordered 1,200 lashes. However, all these reports cited “reports” or at best “local reports”. The Pakistani government said it had no information about this. It hasn’t yet been successful in getting consular access to Hamid, but claims to have made his wife meet him.

It turns out that the report of reports was cooked up by a website called Pakdestiny.com. A blog – which is appropriately named ‘Zaid Hamid Exposition: Exposing and Refuting the Cult of a False Prophet’ – dedicated to exposing Hamid – has done its homework and shown how speculation and rumour became news. Verbosity can only be countered with verbosity.

So Hamid is very much in a Saudi prison, but we don’t know if he’s been sentenced, what the charges against him are, or what the punishment is. Speculation is that he gave a speech against the Saudi government, while visiting the country. We don’t know what the speech was about, but rumour has it that he criticised Saudi Arabia’s military attack on Yemen. It is apt that these details are wrapped in mystery, the gaps filled with disinformation, because that is what Hamid did at a much larger scale.

Pakistan had refused to send troops to assist the Saudis in attacking Yemen, and the Saudis were quite upset about this. Hamid felt so strongly about the war on Yemen that Iran’s Press TV is describing him as an anti-war activist. Hamid feels that the Saudi attack is coming in the way of creating a global Muslim ummah.

You’ve been living under a rock if you don’t know who Zaid Hamid is. When I first discovered this man on the internet, I thought I had found a great source of amusement. He called himself a defence analyst, ran a “think-tank” called “BrassTacks” and had a TV show to himself, where he acted as if he was about to kick the anchor out of the studio and turn it into a monologue. He conjured up bizarre conspiracy theories and coined delicious terms such as “Hindu zionism”. Whatever went wrong with Pakistan, Hamid would blame it on a joint conspiracy of CIA, RAW and Mossad.

I stopped finding it funny, however, when I saw that his social media following in Pakistan ran into hundreds of thousands. Equally disturbing was how seriously the Indian social media right-wing took him; serious enough to make a parody Twitter account and post video replies to him on YouTube – such as this one using Sunny Deol:

In 2011, Anatol Lieven wrote that he was disturbed after meeting Hamid, not so much for the views he held, but because a man like him was recommended to him by an official of the Inter-Services Intelligence.

In 2013, the “Zaid Hamid Exposition Team” got a former aide of Zaid Hamid’s to reveal that Hamid had been on the payroll of the ISI.

If you were to waste your time watching that long video, you’d hear some hilarious claims such as Hamid saying that if a smart man like himself was with RAW or CIA, he’d be paid much more than what the ISI paid him.

The ‘Zaid Hamid Exposition Team’ smokes stuff similar to Hamid. Their problem with him is that he is allegedly the follower of a man named Yusuf Kazzab, who supposedly claimed to be a prophet. Except for those fighting against Kazzab, the Pakistani social media is united in defence of Hamid. The liberals don’t support lashes, and the rest don’t support a brotherly Muslim nation lashing a Muslim brother.

Yet, some have made their point.

This is the kind of justice system that Zaid Hamid has been supporting. But that’s not what I can support. Strongly condemn KSA on this.

Zaid Hamid has been,acc to unverified reports,arrested for espionage by KSA. Ironic as he called every liberal a traitor & an agent. #karma

A journalist in Delhi. He tweets as @DilliDurAst