How the Genisys terminated Terminator 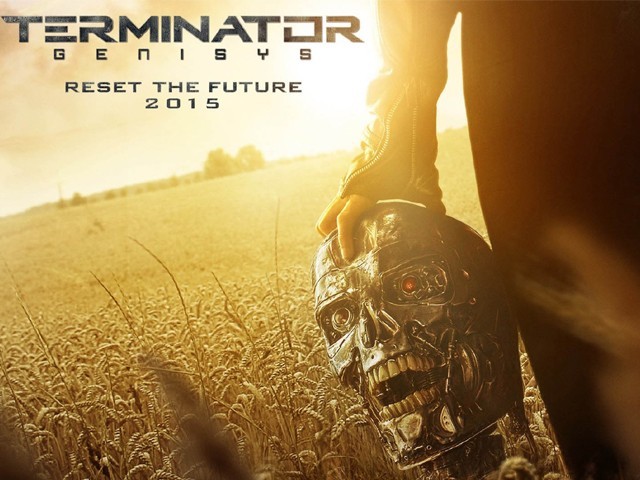 Terminator Genisys is a treat for the fans of Terminator series. PHOTO: TWITTER (@Reza2013Reza)

Terminator Genisys starts when John Connor (Jason Clarke) sends Lieutenant Reese (Jai Courtney) back in time to save his mother, Sarah Connor (Emilia Clarke), for the sake of his own survival. Once there, Reese comes face to face with the Terminator (Schwarzenegger), who is already programmed to save Sarah. What happens next is what that makes Terminator Genisys a tale that has never been told before.

Terminator Genisys is a treat for Terminator fans, especially those who grew up watching the franchise. Terminator is the perfect example of an action and sci-fi genre.

Those who have seen the first and second instalments of the Terminator would more likely be able to enjoy and recollect the storyline featured in the recent release. The character build-up along with the time traveling backdrop gives Terminator Genisys a solid base to recreate the magic.

Intellectually, there are some glitches in the script, for instance, Arnie mouthing some seriously scientific dialogues including discussions on quantum fields and nexus, etc. At times, it appears as if multiple scenes from previous episodes have been re-enacted.

Performance wise, Terminator Genisys depends hugely on Arnie’s old but strong shoulders. At some points during the movie, he looks fatigued and too old, but even then his fans loved and enjoyed his screen presence. Some of the action scenes are only put in to show the audience more of Schwarzenegger’s stunts.

Emilia, as always – given her Khaleesi performance from Game of Thrones – impresses the audience and manages to give a good performance.

From a directorial point of view, Alan Taylor deserves a thunderous applause. It’s not easy to take viewers through different decades, keeping the story convenient and relevant at the same time. The recreation of a younger Arnie and the action sequences were the highlight of the movie for me.

It’s a pity that Courtney couldn’t manage to do justice to Kyle Reese’s character; simply put, he doesn’t seem to be the right choice for the role. Jason is hardly has any screen presence and his role seems limited.

Those who want to see the typical Terminator kind of action sequences along with Arnie mouthing some witty dialogues, would definitely enjoy it. For those who are not Terminator fans, I would advise them to skip the movie altogether.