She wanted fortune, and he wanted love 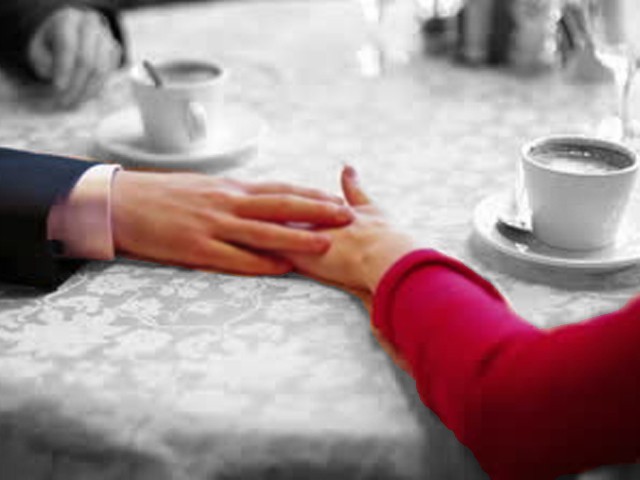 Nadia sat in the Nadia Coffee Shop in her revealing red saree.

This piece is a work of fiction. Any resemblance to real persons, living or dead, is purely coincidental.

The frivolity with which Mehr sat in the Nadia Coffee Shop at the Marriot hotel in her revealing red sari earned a scorn or two from the passing ladies. Little did the ladies know that their husband’s enjoyed scantily clad Mehr’s sight as much as they despised it.

She clutched her bag, a fake DKNY, peeked inside the pockets and then ordered a glass of lime water. Her calm countenance faded as her phone kept ringing. Her eyes scanned the men at the shop, separating the suitable ones from the lot. Her reddish brown hair curled at the tips, long enough to obstruct her cleavage at times; whenever this happened, she would toss her hair back. And she never forgot to hurl a flirtatious smile at men who smelled influence. Her schemes of socialising with the top directors were ever ready.  All she wanted was fame and fortune.

Karim Mani was just up for a midday stroll in his own hotel, The Marriott. He walked slowly. His eyes were glued to the floor, seldom raising them to even watch where he was heading. On his way, he struggled with ignoring all the salaams he received from the receptionists, waiters, housekeeping managers, chalet drivers and the kitchen assistants. He took out his cell phone, looking more valuable in his DKNY phone cover, for the tenth time in the past half an hour, but all the messages pouring in read professional language. His eyes befell this young couple who seemed intensely hung up in each other’s company, too busy to notice the world. Envy encircled Karim; his loneliness became a harsher reality now.

He distracted himself by scanning the customers on the left – what he saw, left him spellbound. This delicate, ethereal beauty dressed in red, sat all poised on one of the tables in the coffee shop .He knew he wasn’t dressed to kill. His white button down shirt and Diesel denims weren’t impressive enough but he knew that he wanted to talk to her. He moved towards her table quickly. All he wanted was love.

Tired of covering the press conference of a B-grade singer in the boardroom of the Marriott hotel, Ahmed sat in the waiting room agitated. He gave the actress’s pictures a cursory glance once more, and put his camera on the table. Next to the camera lay the menu, untouched. Hunger pounced on him every now and then but he couldn’t do anything more than just stare at it. He loosened his DKNY belt, the one he had picked from Zainab Market, to ease him, but hunger couldn’t be satisfied by anything but food.

He thought of all the possible uncovered events he could break a story on which could make headlines the following day. Perhaps the latest on Ayaan Ali’s recent jail fashion or Veena’s new stride for repentance? Anything on politics, current affairs, sports or entertainment, anything that would give his wallet weight. Enough weight to sufficiently provide for his wife. When he checked his phone, there were several texts from his wife. He replied to her saying,

All he wanted was money.

Three long hours had passed and Mehr was yet to spot a man of contacts and association. Her dreams of leading a life of a celebrity seemed very surreal to her all of a sudden. It seemed that she couldn’t bid farewell to the world of a struggling actress after all. Her back still ached from the long bus ride but she straightened up because she saw this decent looking man approaching her. She could read a man’s interest in her from miles, one of her many idiosyncrasies.

Although the man who was approaching didn’t show any signs of influence, but Mehr was willing to risk it, or just willing.

Karim pulled the chair next to the lady. He introduced himself, which was followed by some small talk. He just could not resist staying away from this goddess. He had contained himself for a good one hour, but he couldn’t do it any further. He casually put his hands on her shoulder and moved closer.  For he was offered with no resistance, he took the liberty of kissing her and her returning one, her lipstick tainting his cheek.

As they both conversed, Mehr couldn’t help notice two expensive phones in his lower pocket.  As Karim moved closer and closer, Mehr got a better chance to sniff Karim’s cologne, which sure as hell smelled very expensive. When his neck bent forward, she saw gold chains jangling with diamond pendants, along with the diamond piercing in his ear; it all conveyed wealth, and she sure as hell wouldn’t mind anything for that.

Suddenly, the hotel blared with camera flashes, as if a journalist somewhere had stooped on the city’s biggest scandal. As soon as Ahmed discovered that the frolicsome pair comprised of an international chain of hotels’ owner and a bold ‘TV girl’, he wasted no time in trying to make it the next day’s headline.

Ironically, neither the scantily clad woman nor the hotel owner had any objection getting clicked, rather they comfortably posed with one another.

A LUMS graduate interested in theater, politics, literature, and movies. She tweets as @RidaBaqai.