Pixar gets it right when it describes your mind Inside Out 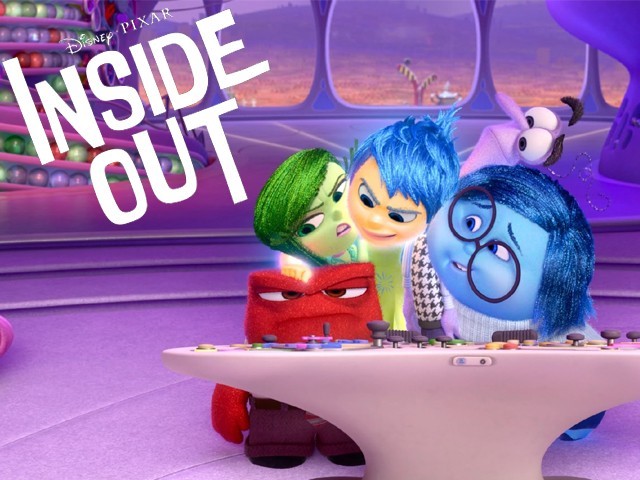 Inside Out is perhaps their best Pixar movie so far.

Pixar never seizes to amaze us with their stories which manage to present a different perspective to life and bring forth life stories which we can relate to. The recently released Inside Out falls in the category of movies you want to watch repeatedly, for they don’t fall into the confinements of time and manage to remain a classic – a trait that all Pixar’s movies possess.

Directed by Pete Docter (The executive producer and writer of Monsters University) and Jonas Rivera (the producer of Up), Inside Out takes us into the mind of an 11– year old girl, Riley Anderson (Kaitlyn Dias).

The story is about the five key emotions who work in the Headquarters (HQ), the part of the brain that enables Riley to experience her feelings. These emotions are Joy, Sadness, Anger, Fear, and Disgust voiced by Amy Poehler, Phyllis Smith, Lewis Black, Bill Hader, and Mindy Kaling respectively. Giving human–like characters to these emotions adds value to the story and helps children and adults understand the meaning of these emotions better.

All emotions work under Joy’s supervision and everything seems to be going smoothly up until Riley’s father gets a job and the family has to move from Minnesota to San Francisco. Riley starts getting stressed and anxious because she has to start a new school and has to make new friends all over again – she is unable to cope with this sudden change in life and sadness looms over, hence creating havoc in the HQ.

You have to watch the movie to see the way Riley’s emotions struggle to keep her mind under control – and this is when the real fun begins.

Inside Out is a brilliant story, rendered by colourful and meaningful animation and can be viewed as a case study for parents who have trouble bringing up kids, especially those who are facing issues at school or in their personal lives.

Inside Out has some serious moments for parents and children to reflect upon, but at the same time, the movie has a number of hilarious moments, shown from the perspective of emotions. The physical features of all emotions are so beautifully created that you instantly connect with them and feel as if you are witnessing your own emotions in action.

Optimism and hope is one of the main themes in the story. This is highlighted when Riley plans to move forward by accepting her new life in San Francisco, even though she is undergoing the most depressing times of her life.

Similarly, a part of her brain is responsible for making dreams akin to a movie. There are actors performing on a script, a script based on Riley’s daily memories. Many other personifications of thoughts in the movie will enthral you, but it is best to watch it to experience the insight into Riley’s mind.

The emotions begin to experience trouble on Riley’s first day at her new school – the day when depression sets in. While fixing the issue, Sadness and Joy are sent into Riley’s subconscious mind.

But will they return to the HQ? And how will Fear, Anger, and Disgust function while Sadness and Joy are not in the HQ?

These questions and more will keep the viewers glued to the screen. The story also takes Riley through a journey where she learns to deal with life, especially since it did not turn out according to her expectations – the same journey is taken by the emotions. The essence of the movie is to experience happiness, embracing sadness, and once you accept it, happiness will just be around the corner.

Inside Out is a must watch for all kids, teenagers, grown-ups and adults. Pixar has begun adding educational content in all their movies, which is a positive step.

I feel Inside Out is perhaps their best movie so far. It teaches so much about the human thought process and the role each emotion plays, and how important it is to overcome sadness in order to live a happy life.