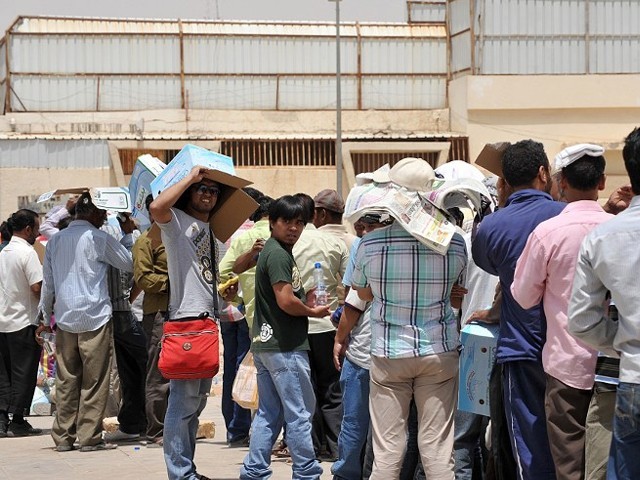 It is most likely that graduates will not land up with any interview if they do not use their contacts in places they are applying to. PHOTO: AFP

As the graduation season hits an all high, a lot of students are left facing their futures. Companies will be welcoming some fresh graduates, while others will be seeking jobs desperately.

This is a reality graduates will have to face as soon as they get their diplomas or degrees and go back to living their prior lives, with their parents. Some will be on a desperate job hunt while others will be enjoying job offers from multiple places.

The thing is, our parents, teachers, and peers forgot to highlight that some of us will not get jobs right away and we will not be enlisted on an enterprises’ payroll as soon as we graduate. While some have earned their way to the top, others will simply be lucky in landing their first job. The fact is that these days, graduates pull a lot of strings to get to where they are. Nepotism and favouritism are commonplace. It is most likely that graduates will not land up with any interview if they do not use their contacts in places they are applying to.

But it is okay, because you are not the only one.

There are many others just like you. I often wonder why the education system and our families put so much emphasis on succeeding and jobs. All of us are programmed to think we are better than the rest due to our education and we automatically think jobs will be rolling in.

But it is hard to get jobs. And it is even harder to see your friends getting hired by the same company you always dreamt of becoming a part of. We create unrealistic images of our lives while studying, of what we want to become and our parents and teachers further fuel these dreams. Dreams so unrealistic that when we graduate, we start suffering from a bout of depression.

This depression is a result of not being prepared to face failure. Even though I strongly believe that not getting a job does not equate failure, but unfortunately, many around us believe in this notion strongly. It’s just the way our society expects us to be, but it is better to accept the fact that we will be rejected a hundred times before we get one decent job offer, and even though it will not pay as much as we may have expected, it is something and something is better than nothing.

Many graduates think they are over qualified for most jobs and are getting paid a meagre salary. Yes, they might be graduates, that even from the best institutes, but that’s how life is. Take it or leave it. Even if you don’t get a job the first few times, move on and keep trying.

It is not just the societal pressure that lacks support, but also the way graduates think. The current generation is convinced that life will hand them everything the way they want, but things never turn out the way we expect them to be. We are so accustomed to being spoon fed that we forget it is all up to us at the end of the day. We have to get up and try to get what we want.

Failure is part of everyone’s life, it is an inevitable truth and we cannot let it get to us. We just have to be realistic and optimistic. Do not let societal and peer pressure get to you. Just know that you’ll get there when the time is right. But for now, you have to keep trying, and take every stride with a smile on your face.