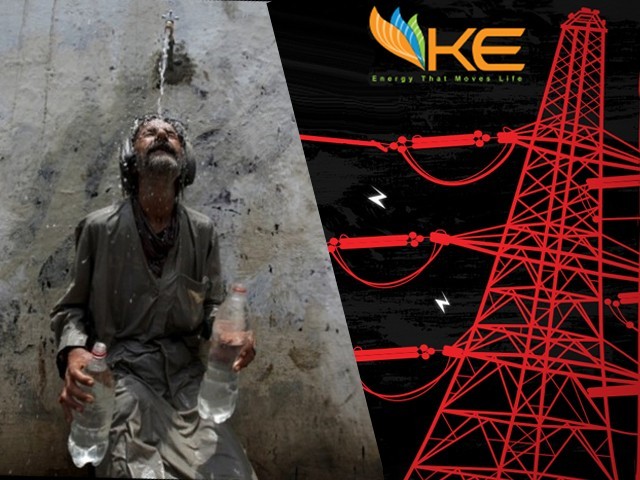 Despite repeated action from K-Electric – most recently seen in the form of Operation Burq – these issues continue and chip away at the resource pool, affecting the quality of service for all.

It would be an understatement to claim that the last few days have been a nightmare for the residents of Karachi. Tripped feeders, faulty transformers, broken cables, voltage fluctuations, phases missing for entire days have coupled with the scorching heat to deal a fatal blow to the metropolis.

Latest reports indicate that more than 780 people have died as a result of heat stroke, dehydration and heat-related ailments. Naturally, this has resulted in widespread anger with K-Electric. People are attacking offices and beating the staff as a means of venting their frustration over the company’s incompetency. Every listening post for the company is saturated with complaints and abuse.  While many would say that this treatment is justified, I urge that the citizens of the city to take a moment to pause from their violent outbursts and reflect upon the situation.

This year, the intense summer has coincided neatly with the month of Ramazan. Our fasts are longer, our office hours shorter. Residential consumption of electricity through use of air conditioners and other appliances automatically increases, adding more load onto the system. To a limit, supply and demand can even each other out. However, if Karachi’s demand exceeds an unprecedented threshold of 3100 megawatt against the company’s supply of 2700 megawatt, it is bound to cause a surge and affect the system.

People will dismiss this argument as rubbish, saying it is the company’s duty to fix the issues and stay ahead of the game. They are right insofar as holding K-Electric accountable, but they are wrong for not giving them a fair chance to justify themselves. Electricity theft is a common occurrence, which occurs openly in the form of tampered and bypassed meters.

A major cause of the recent breakdowns is the unsanctioned load added onto the system through these acts. Despite repeated action from K-Electric – most recently seen in the form of Operation Burq – these issues continue and chip away at the resource pool, affecting the quality of service for all.

It is understandable, even expected, for consumers to be disgruntled and reluctant to accept any explanation from K-Electric or its personnel. However, many of the complainants are experiencing issues after a prolonged period of undisturbed power. If a frequent fault is occurring in an area that is exempted from load-shedding, then it should indicate the severity of the issue, rather than use it to justify the company’s inability to cope.

In addition, the attacks on K-Electric’s premises and staff are worsening the situation. Several major repair efforts have been hindered or failed as a result of angry consumers demanding compensation for their suffering. Again, many will jump in support of the aggressors, but where is the logic in attacking the people who are coming to fix the problem? I want undisturbed power just as much as the next person, but if the threat of violence would have been effective in achieving that, the situation would not have escalated to this degree at all.

I am not saying that we do not hold the right to get angry and frustrated and demand solutions from K-Electric. What I am advocating is that we retain our composure and cooperate with the staff, and at least consider the limitations that they are working with. The best way to get through a crisis is not by panicking or destroying property, but by building a strong sense of cooperation and facilitation. Whether we choose to take the positive route or the negative one, we will be the ones to be impacted first.

You may contradict this by saying that your only concern is with the power outages, and it is the company’s job to provide it regardless of the situation. Nevertheless, fundamental gaps exist in supply and demand and will take time to bridge. K-Electric has added 1,000 megawatts to the system since its takeover in 2009, which enabled many of our areas to be exempted from load-shedding. Through a $2 billion investment in the coming years, they plan to add more. There is hope that we’ll see a future with no load-shedding at all.

While there are no words to fully capture the distress of Karachi’s citizens, I personally feel it is unfair to let the current situation colour the way we look at K-Electric. For the past year, the company has been steadily providing good quality of service to its consumers, with 60 per cent of the city exempt from load-shedding. You may not have faith in the captain of this ship, but the current onslaught needs all hands on deck to get through. Let’s find ways to constructively facilitate the efforts for everyone’s benefit and earn some brownie points for kindness in the month of Ramazan.

Buying a DSLR doesn't make you a photographer