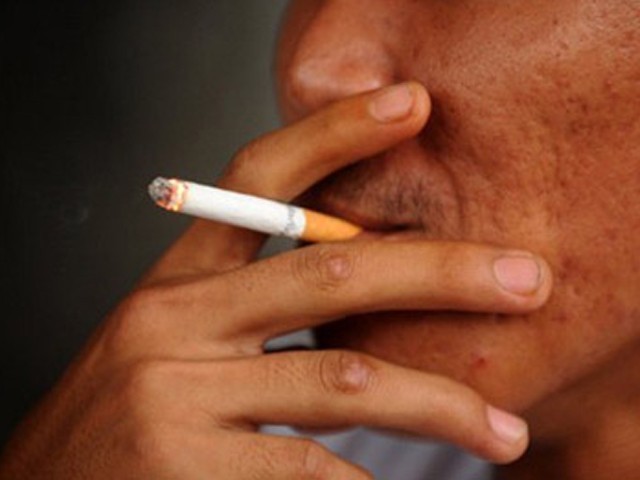 Most Muslims who smoke refrain from smoking during the period of fasting, which may last up to 12-14 hours. Even after breaking their fast, most smokers smoke only a few cigarettes. Research has shown that somehow, during fasting, smokers do not have the urge to smoke.

Those who smoke 25 cigarettes or more on a normal day, decrease the number of cigarettes to four or five a day during Ramazan. This provides an excellent opportunity for a smoker to get rid of this bad habit for good. With strong will power and a little extra effort, they can surely succeed in quitting smoking.

What does Islam says about smoking?

Almighty Allah (SWT) says in Chapter four, Verse 29 of the Holy Quran that we are not allowed to kill ourselves.

Since smoking is a sort of slow suicide – it kills its users in instalments – this would fall under the category of killing one’s own self. Research has shown that each cigarette takes away 11 minutes of a smoker’s life.

Furthermore, Prophet Muhammad (PBUH) is reported to have said that a person who has eaten garlic or onions should keep away from the mosque. The idea behind this was to protect the fellow people praying from the awful smell of garlic and onions. The same holds true for smokers because their clothes and breath smell of tobacco, which is unpleasant for people nearby.

Another reason why tobacco is not acceptable in Islam is because it is a powerful addictive substance, and all addictive things are prohibited in our religion. Tobacco not only destroys our health, it is also a waste of money.

Allah (SWT) says in Chapter 17, Verse 27 that we should not spend our money wastefully.

This is the reason why several Muslim scholars all over the world have given a fatwa against the use of tobacco stating it is strictly forbidden (haram) in Islam.

However, keeping religion aside, this article also describes the serious health hazards associated with smoking and an effective way to quit smoking in the holy month of Ramazan.

– Smoking is the single largest preventable cause of disease, disability, and premature deaths in the world today.

– In 2014, six million people around the world died of tobacco-related diseases. If the current smoking patterns continue, the death toll will rise to 10 million per year by 2030. Tobacco smoke contains over 4700 chemicals in the form of particles and gases. It includes over 50 carcinogens (cancer-causing substances).

– Smoking is declining in the West, but it is on the rise in developing countries like Pakistan.

What makes smoking so harmful? How serious are the risks of smoking?

Many smokers are unaware of the serious risks involved in smoking. The following facts show how serious the risks are.

– Those who smoke 20 cigarettes a day are 25 times more likely to die of lung cancer than non-smokers.

– On average, a person who smokes 20 cigarettes a day shortens his life by 10 to 15 years.

Cancer of the mouth, throat, lungs and oesophagus (food pipe) occurs 10 times more frequently in smokers than in non-smokers. Tobacco smoke has also been proven to increase the risk of developing bladder, pancreatic, cervical and breast cancer. Oral tobacco use, for example, in paan (betel leaf), is associated with cancer of the mouth. Smoking also increases the risk of leukaemia.

There is an increased risk of pneumonia, as well as other respiratory tract infections in smokers. Smoking causes chronic bronchitis in which patients have persistent cough with sputum (so called “smoker’s cough”).

Smoking and the heart

Smokers are twice more likely to die of a heart attack than non-smokers. Heavy smokers have more than thrice the risk. Smoking is even more dangerous in people who have other risk factors, such as increased cholesterol levels or high blood pressure.

Smoking and the brain

There is an increased risk of stroke amongst smokers.

Smoking and the face

Smoking affects the blood vessels in the skin, which damages the complexion. A smoker’s face has more wrinkles around the eyes and the mouth and looks much older than that of a non-smoker of the similar age.

Also tar in the smoke stains the teeth.

Over 95% of patients with an arterial disease of the leg, which causes intermittent claudication (pain in the leg while walking) are smokers.

Smoking has been proven as a risk factor for impotence. Up to 50% of men in their 30’s and 40’s will have sexual dysfunction as a direct consequence of smoking. Besides making men impotent, tobacco smoke reduces the quantity of the ejaculate, decreases the sperm count and makes the sperms immotile.

Smoking during pregnancy causes growth retardation of the baby. Babies exposed to tobacco smoke have a greater risk of dying from cot deaths. Smoking women are more likely to be infertile and witness a shortening of their menopause by two to three years. There is also an increased incidence of miscarriages, still births and premature labour.

The harm caused by ‘passive smoking’

Breathing the smoke from other people’s cigarettes is called passive smoking. It consists of smoke from the burning end of the cigarette, called ‘side stream’ smoke, and smoke exhaled by the smoker, called ‘mainstream’ smoke.

– Irritation to the eyes, nose, and throat

– Up to 30% increased risk of lung cancer

It is our duty to protect our children from the effects of passive smoking.

The benefits of quitting smoking

Quitting smoking is the greatest single step a smoker can take to improve his health. Several people think that “it will never happen to me” – until they develop cancer or have their first heart attack. Quitting smoking increases the chances of a longer and healthier life.

It makes a difference right away. You can taste and smell food better. Your breath smells better, your cough goes away. It also cuts the risk of lung cancer, and other cancers, heart diseases, strokes, and other complications, such as chronic bronchitis and emphysema. Former smokers have fewer days of illness, fewer health complaints, and less common episodes of upper and lower respiratory tract infections. Quitting smoking also saves money.

How to quit smoking

Remember, quitting smoking is not as difficult as many think. The key to a successful attempt is your strong will power. By following the simple rules given below you will succeed:

Why do I want to quit smoking?

What method will I use to quit smoking?

How do I stay smoke-free?

Adhere to the following steps:

Why should you quit? Each smoker has his or her own reasons. Here are four good reasons for you to quit smoking:

– Your family: They need your financial and emotional support. If you die prematurely from smoking-related illness, who will take care of them?

– Your children: Children exposed to passive smoking at home are more prone to cold, cough, pneumonia, asthma and ear infections. Children whose parents are smokers lag behind in school and many have behaviour problems. Worse still, if you smoke, your children are more likely to take up this addiction.

– Yourself: You will begin to feel better within a few days of quitting smoking. No more early morning coughing episodes, no bad smell from your clothes and your chances of living a longer and healthier life significantly increase.

– Your religion: All addictive substances are prohibited in Islam. It has been proven without any doubt that tobacco contains a more powerful addictive substance than heroin. Various religious scholars across the world have described the act of smoking as haram (strictly forbidden).

– Choose a quitting date: The month of Ramazan could be an ideal month for a Muslim to quit smoking. Some people use the first of Ramazan for this purpose, but the last Friday of this month could also be used to say good bye to cigarettes forever.

– Sudden versus gradual withdrawal: Those who quit smoking altogether on the quit date have greater chances of a successful quit attempt. Decreasing the number of cigarettes could be an interim measure while you are preparing to quit. Once you have reached the decided date, all tobacco products should be stopped completely.

– Notice when and why you smoke – for example, while having a cup of tea, or when sitting with friends, and the likes. Tell your friends and family that you are trying to quit smoking. You will need their support. Invite another smoker whom you know to join your quitting attempt, so that you can reinforce each other’s efforts.

– Change your smoking routine. Keep your cigarettes in a different place. Smoke with your other hand. Do not do anything else while smoking.

– Avoid situations where you would normally smoke, for example when sitting in the evening with friends.

– When you feel like smoking, wait a few minutes. Try to think of something else other than smoking. Chew a gum or drink a glass of water.

– Visit a doctor who is an expert in smoking-cessation methods. He may prescribe you certain medicines to help you quit smoking.

Step 3: When your quitting date arrives

Get rid of all the cigarettes a night before and put away your ashtrays. Change your morning routine; for example, go for a walk after sehri and morning prayers. Take one day at a time; congratulate yourself each day on your success. Go out and enjoy your iftar at your favourite restaurant.

Step 4: After you have stopped

How to keep yourself smoke free:

– Do not worry if you feel sleepier or more short-tempered than usual; these feelings will pass.

– In order to divert your mind, exercise, take a walk or ride a bike. When you feel tense, try to keep busy, think about ways to solve the problem, tell yourself that smoking will not make it any better.

– Eat your meal immediately after breaking your fast. Feeling hungry is sometimes mistaken for a desire to smoke.

– Avoid places where smokers congregate – when someone offers you a cigarette, say with confidence,

If you get a craving for a cigarette, remember the four Ds:

– Drink lots of water after breaking your fast

– Do something else to get your mind off the craving. Call a friend, go for walk, or chew on a carrot stick.

– Delay reaching out for a cigarette. The urge will soon pass away.

Do not waver; do not think that just one cigarette will not hurt, because it will. The occasional cigarettes will make you crave for more. Do not risk it. Ask God to help you and God willing you will succeed in quitting smoking forever. Prayers are an effective way of relieving stress.