Does the death of al Qaeda’s Yemeni leader change anything for the better? 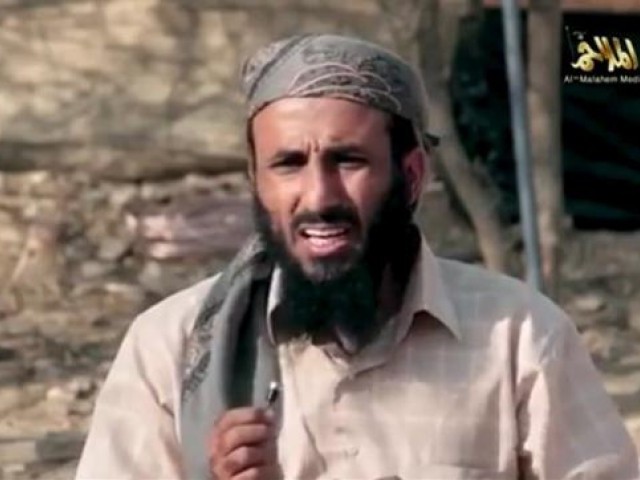 Al Qaeda’s Yemeni branch, also known as al Qaeda in the Arabian Peninsula (AQAP), released a video statement on Tuesday confirming the death of their leader, Nasser al Wuhayshi. Like every high profile terrorist death, this incident has ignited the age old debate – would this death be “effective” in destroying a particular terrorist organisation?

In today’s world of convoluted terrorist groups, the question should not simply be “is a particular targeted killing effective?” but rather from whose perspective is it effective?

If we look at Wuhayshi’s death from the US’s perspective, it is a great success and probably the most significant since Osama bin Laden. Wuhayshi was an important target because he was not only AQAP’s leader, but also held the position of general manager in al Qaeda Central (the organisation currently headed by Ayman al Zawahiri). As a result, he was part of the command and control structures of both organisations, and could coordinate terrorist operations beyond the Yemeni branch. He also held a certain level of respect among the jihadist community because of his association with the original al Qaeda movement and Bin Laden.

Therefore, while Qasim al Raymi has already been announced as his successor, it is not a given that he would be able to lead AQAP the same way Wuhayshi did, and also command respect beyond the Yemeni branch of al Qaeda. To put it simply, just having a replacement is not enough to say that there is no point in targeting a terrorist leader. It’s the type of person that replaces a leader, which is a better indicator of the effectiveness or the ineffectiveness of the leadership targeting. If Raymi is not able to exert the same level of command and control as Wuhayshi, this can strike a significant blow to AQAP, especially in regards to its ability to plan complex and devastating attacks in faraway lands – the West.

From the perspective of Yemen, however, the conflict has different dimensions. While AQAP has attempted three attacks on the US homeland, it is involved in a local insurgency at a much broader scale. Moreover, the recent Saudi-led war in Yemen has helped AQAP bolster its ranks and gain territory.

Surprisingly, it is presenting itself as more of a local force (as opposed to a global one), and is sharing power with other stakeholders in areas under its control. This could mean that while the death of a leader like Wuhayshi will not diminish AQAP’s insurgent capabilities in Yemen, it can have an impact in making the conflict more localised. AQAP has a hybrid structure where the local cells enjoy sufficient autonomy in areas where they operate, and are not always in contact with each other. With a further loss in leadership command and control, the local insurgency can become even more fragmented as different cells start to do their own thing in areas under their control, making it harder for Yemeni forces to battle them collectively.

Finally, an ironic development can take place where the degradation of one terrorist group can indirectly strengthen another. As evident by the bombings on Houthi mosques in March, ISIS has established a presence in Yemen. While it is not as strong as it is in Iraq and Syria, ISIS’s Yemeni branch can attract recruits from the lower level cadre of AQAP who might find it easy to defect after the loss of an authoritative leader.

There were already such murmurs among the lower level cadre of AQAP last year as ISIS was capitalising on a narrative of winning, but Wuhayshi’s leadership was able to prevent any mass defections.

This scenario can now change.

So is Wuhayshi’s death a success? The answer depends on your reference point.

If “success” is defined as decreasing AQAP’s ability to carry out complex attacks in the West then yes, it is more likely to be a success.

If “success” is defined as bringing an end to the local conflict in Yemen, then it is unlikely to have an impact in changing those conditions. However, it is important to remember that the US cannot actually change the larger structural conditions in Yemen, which range from ineffective state structures to societal divisions across sectarian lines, despite its euphemistic claims to the contrary.

Therefore, its focus will remain on short term counter-terrorism operations which directly impact the US’s own security. So we are back to the cliché that only the locals are best positioned to resolve the local conflict.

Unfortunately, that kind of “success” in Yemen is a long way away.

The author is a PhD student in the department of Political Science at University of Toronto studying International Security.