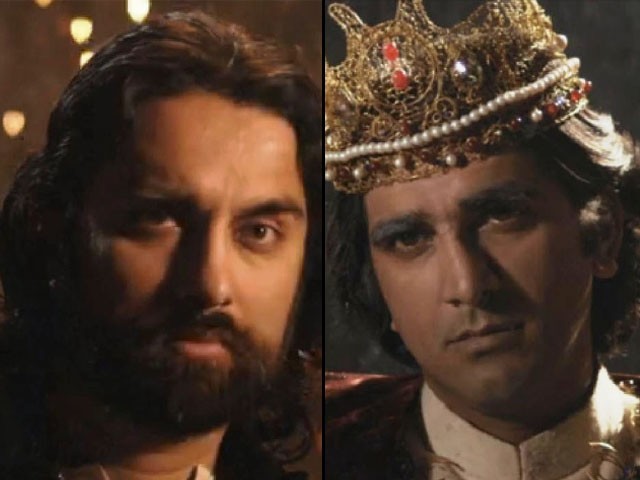 When I first heard of Aik Tha Badshah being launched, I was thrilled, exhilarated, the English Dictionary does not have enough synonyms to show how excited I was.

Noori, for me, is synonymous with nostalgia. It reminds of the long drives on GT Road travelling between cities. It reminds of riding my bicycle late at night while playing chor-police in the neighbourhood. It reminds me of the heavy torrential rains of Punjab that used to wet the earth for weeks on end (Oh God, let it rain in Karachi). It reminds me of the all-nighters I pulled off during my matriculation exams where every inch of my existence would pull me towards the bed like gravity but  Sari Raat Jaga Re and Neend Aye Na were more than enough of a motivation to keep me glued to the chair.

Ah yes, memories, good and bad, attached to every lyric of (almost) every Noori song, pretty much sums up my childhood (and teenage years).

When I first heard of Aik Tha Badshah being launched, I was thrilled, exhilarated, the English Dictionary does not have enough synonyms to show how excited I was. But, sadly, all I could do was to wait, since clearly I wasn’t important enough to be invited to the launch in Karachi. I watched the teaser again and again until the video was officially released; and it was quite different from what I expected.

I remember one of the Noori brothers stating in an interview that they had been experimenting with new sounds, inspired by the recent success of the local Indie bands, and that they had decided to break away from the traditional Noori sound which was their signature statement thus far.

Aik Tha Badshah is quite different from the stuff they used to make; it has a queer haunting feel to it, with the lyrics and music a bit ‘darker’ you could say; it’s a step away from their old music.

However, the questions that need to be asked here are, is the newly transformed Noori as good as the old Noori we all used to worship? And what, exactly, are they trying to prove with this strange rather medieval video?

All bands evolve; their music changes with time, sometimes for the better and sometimes for the worse. Take Linkin Park, for example; they used to produce amazing music, supercharged with Chester Bennignton’s wide vocal range and Mike Shinoda’s simple yet meaningful rhymes.

Linkin Park used to dominate the contemporary rock, alternate rock scene. But, ever since they tried to change, their music has lost its touch, the originality that made them great. Yes, their new songs are good too but even the most diehard fans wouldn’t mind them reverting back to their old ways.

Will Noori go down the same path as Linkin Park or will their fate be different?

Well, Ali Noor answered that question for us.

During a Q&A session with the media, he said that this song was released ahead of the album, Begum Gul Bakaoli Sarfarosh (which is set to be released in September) since it is different from the rest of the tracks of the album. Perhaps they wanted to see how their fans would take the change in their theme.

Now, for the strange slightly psychedelic video, we see Ali Hamza sitting on the throne while the four elements – earth, wind, water and fire dance around him in circles; he is shown as this draconian medieval figure moving the pieces on the chess board when Ali Noor emerges from the water and dethrones his brother, and then abdicates the throne himself to live as a common man.

What Noori would have you believe is that the video is about corruption and how power breeds evil. However, I see a deeper subliminal message behind the song as a whole; even the name Aik tha Badshah is there for a reason. I believe this is Noori declaring war on all the would-be rock bands of Pakistan.

This is Noori telling the world that once upon a time there was king of Pakistani rock, who ruled over the hearts and minds of the Pakistani youth, and now that king is back, replacing the false idols that forced their pawns to worship them. This is Noori flipping over the chessboard and setting the pawns free to choose who they follow – a clean board with a new beginning.

This is Noori coming back to life after a deep slumber of 10 years. And, oh my, what a comeback they’ve made!

A writing aficionado with diverse interests who likes using big words to feel important, he blogs at hishamsajid113.wordpress.com.