Was closing ‘Save the Children’ justified, Pakistan? 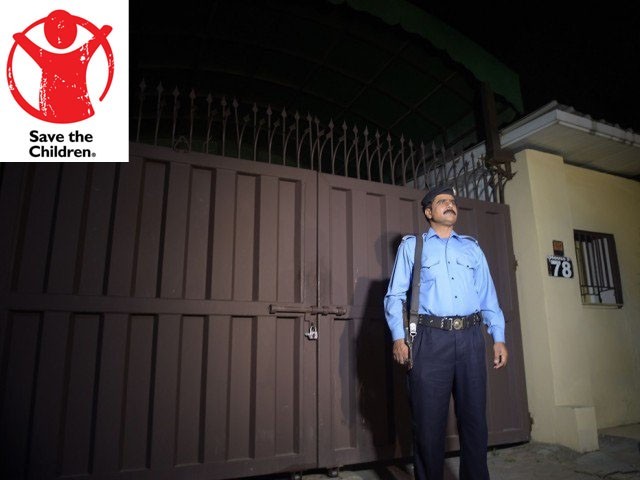 A news item published in the Express Tribune and other national dailies, dated June 11, 2015, read that Pakistan had stopped several international non-governmental organisations (INGOs) from working due to suspicious activities.

This also included ‘Save the Children’, which claims to have provided employment to thousands of Pakistanis as well as relief to some hundred thousand children in one year alone but has also attracted wrong attention due to linkages with Dr Shakeel Afridi, the CIA ‘rat’ behind the raid on the Osama bin Laden compound at Abbotabad.

This must have generated pressure on the government domestically and internationally that the very next day, Ministry of Interior – it was reported – issued a corrigendum suspending its orders to stop Save the Children from working in Pakistan.

Pakistan is going through testing times and the resolve of the State of Pakistan, to fight terrorism and those sponsoring it, is quite appreciable. Terrorist activities in Pakistan in the aftermath of 9/11 and Pakistan’s principled decision to stand with the international fraternity  in the war against terrorism has shaken Pakistan socially, economically and humanly – resulting in a society divided in opinion, a loss of billions of dollars to an already fragile economy and thousands of precious innocent lives.

Where there have been some substantial achievements in fighting terrorism, something seems to be amiss in government policies dealing with ‘suspicious’ elements. A lot of it can be ascribed to arbitrariness in the actions of the state. For instance, closing Save the Children one day and issuing corrigendum the very next day to halt implementation of its own orders shows that even the state is unsure of its standing and policy.

The state seem to have looked the other way for years while different NGOs – religious and development oriented – funded by local and international donors, kept growing. The local NGOs are registered at various platforms including tehsil, district, provincial and federal which are not inter-connected and do not have an established mechanism of data maintenance and sharing to date.

However, like every other developing country, Pakistan faces constraint in financial and human resource to be able to monitor the working of the NGOs on regular basis – to be specific, there is one section/desk officer INGO) reporting to deputy secretary (US) at Economic Affairs Division, as per organogram displayed at the official website, to deal with business related to INGOs – which results in lag of intelligence gathering on their activities and effective implementation of government policy.

There are certain sensitive areas which have been clearly marked as no-go areas – regulated by Ministry of Interior – for employees of these organisations, especially foreigners; however, it is almost impossible to keep a check on the activities of the locally-employed staff of these organisations which translates, at the end of the day, in suspicions and subsequently in arbitrariness in the implementation of policy.

Resultantly, there are missing linkages between districts, provinces and the federal government vis-à-vis data sharing. There is no initiative, to date, taken by the State of Pakistan to develop a central data repository where the origins and up-to-date record of NGOs’ activities could be traced at one-stop.

Resultantly, the state, in these testing times, is forced to engage in reactive policy-making and take arbitrary action in light of whatever information is available. However, this may cause the risk of sending unfriendly signals to the international community, resulting into unemployment of a large domestic human resource, cut in aid activities to deserving communities as well as causing negative externality. This would also have a direct impact on investment and trade as Europe and USA are very stringent in considering regulatory environment vis-à-vis human rights.

What can be done to avoid any embarrassing situation for Pakistan without compromising its resolve to fight terrorists and their sponsors for bringing peace and prosperity to the country?

China, in this regard, has developed some interesting regulations – an example of proactive policy-making; all the local Chinese working for INGOs are bound to take, on their international visits, one state-functionary along who takes part in the conference’s proceedings as a silent spectator. Similarly, a state-functionary keeps company with the foreign representatives of these organisations visiting China. Interestingly, the expenditures of this regulation are borne by the respective INGOs.

This policy may seem too interfering and distortive; however, its welfare impact is far less damaging than the ban or closure of an organisation. This too, like a ban, is not appreciated by the INGOs, but they are rules of the game and at least allow the organisations to function on one hand and the state to maintain security and peace on the other.

Pakistan should also consider establishing a central platform for registration of all local NGOs which would be resource efficient as well as convenient for data maintenance and monitoring. Economic Affairs Division should consider increasing the number of human resource dealing with INGOs to make it more effective. Moreover, Ministry of Interior may consider establishing a dedicated cell in Intelligence Bureau to exclusively monitor the activities of NGOs including religious and developmental, and if such a cell already exists, there is a serious need to enhance its capacity and scope of work.

Pakistan seems to have found its way to peace and prosperity after almost 15 dark years and it cannot afford to sabotage the substantial achievements it has made over the time. Hence it has to tread carefully, creating a balance between national security, welfare and maintaining an international image of a responsible state.