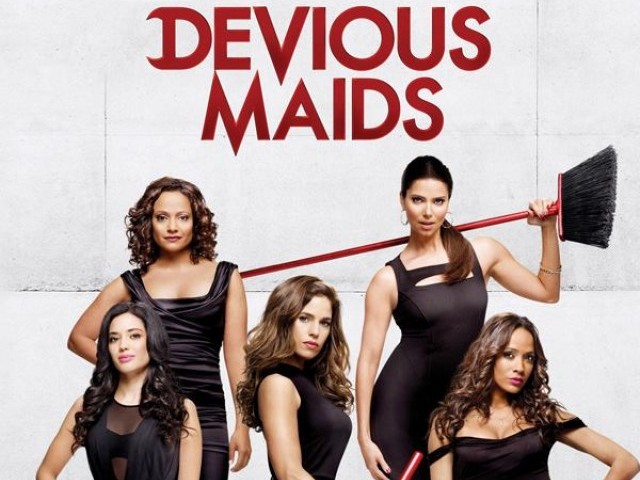 The comedy-drama series Devious Maids made its much anticipated return with the release of season three in June 2015. The show stars Roselyn Sanchez, Dania Ramirez, Ana Ortiz, Edy Ganem, and Judy Reyes as five Latina maids working for elitist families in Beverly Hills, California, with dreams and ambitions of their own.

But these five women are not just cleaning floors or washing dishes for a living. Apparently they hold on to many dirty secrets of the families they work for. However, keeping the ‘devious’ element aside, I believe the show suppresses a number of stereotypes and clichés about Latinas that the writers indirectly try to enlighten us about.

Here are five stereotypes that Devious Maids smartly shuns away. Take a look for yourself.

Not all Latina women are deprived of education

The show starrer Ana Ortiz, who plays the role of Marisol Suarez, is in fact, not a real maid but a PhD professor in the show. So, there you go. The modern day cliché about all Mexicans and Latinas being uneducated and working solely as maids contributes to a judgmental statement.

Hence, the show sheds some light on the issue of education. Furthermore, all maids shown in Devious Maids have dreams and ambitions of their own but sadly, they are put on hold since they have to work 24/7 cleaning houses of the high profile households they represent. Naya Rivera, who is currently guest starring as Blanca, is yet another character who works as a maid to generate some savings for her college fee.

They can speak English – fluent that is

Another clichéd label that Devious Maids sets fire to is the inability of Latina and Mexican women to speak fluent English. Not all women of Latina heritage are incapable of conversing in a decent American English accent. Unquestionably, it is an oversimplified statement to be made about someone a person has little or no idea about.

Don’t doubt their ability to think and reason

The whole point of Devious Maids is being clever and skilful in what one does. All five maids in the show are capable of doing unimaginable things without the others knowing about them. Take for instance, their ingenious approach towards achieving certain career-related goals. In the last episode of the show, Blanca threatened Taylor Stappord (who happens to be her boss in the show) to fund her college dues considering that she knows a bit too much about the dirty little secret Taylor is keeping from everyone.

Being a maid is not an easy task to fulfil

In the recent episode of the show, Marisol Suarez shut three women up with inspirational words as they insulted the low lives of maids. Carrying out hard core duties of a maid is something that should not be taken lightly. The thing we are unable to comprehend is that all of us are humans and deserve to be treated equally.

The maids’ careers and lives are all at stake while they are working tirelessly to earn a living for themselves. And despite all their efforts, the reward is not as fruitful as it should be.

Not all Latinas and Mexicans are low paid workers or maids.

As I previously mentioned, Marisol Suarez is not a maid but a PhD professor. The writers of the show use this facet of the character as bait to suppress the stereotype about all Mexicans and Latinas being entitled to low paid jobs as workers and maids. As a matter of fact, there are many hard working Mexican and Latin individuals out there who are devoted and hardworking employees in many high profile organisations.

It is sad that most people judge others based on clichés and stereotypes. We are solely responsible for creating the notion of a ‘maid’ that has resulted in inequality; take for instance maid jobs that entail hard work and are low paid at the same time.

In the end, we are all human beings and should respect and in turn be respected by others; something that is quite rare in today’s world.