My sister was a victim of honour killing and I demand justice! 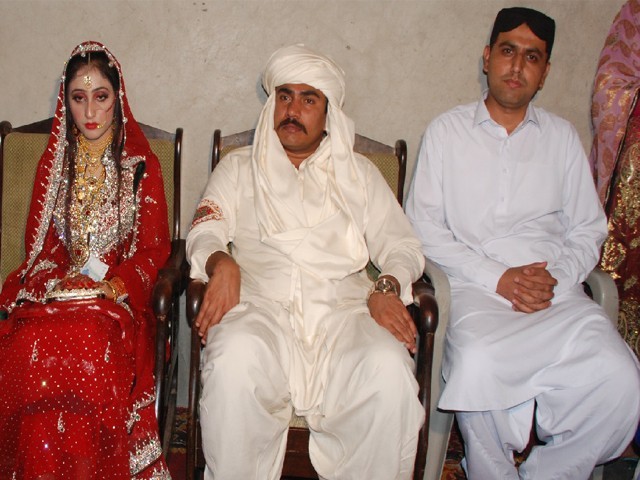 Tahira Khoso is a victim who lost her life to the cold blooded tradition of honour killing. PHOTO: KHALID MEHMOOD KHOSO

Feudal lords have ruled over Sindh and Balochistan for centuries now. These land-owning stalwarts proudly protect their out-dated customs and traditions, without any resistance. Why? Because no one has the power or the will to stand up against them; and this has cost us many innocent lives.

Recently, the case of Tahira Khoso made it to the news; she was shot in the head, in the presence of her father, brother and uncle in Jacobabad, as part of an honour killing ritual. Her husband, Waqar Umrani, shot her in cold blood after some domestic dispute took place between the couple. Umrani left the scene with his accomplices without any confrontation.

Tahira was taken to a hospital, where she succumbed to her injuries.

Tahira Khoso was my sister and I demand justice for her murder.

This incident took place in the 21st century, in the year 2015, in a country that boasts of being a nuclear power, a developing economy and a democratic state. But none of these things mattered when my sister was shot dead. Because the people who shot her were not from this century; at least, their mind-sets were not. And the ease with which Umrani was able to end Tahira’s life only shows the monsters this archaic system is breeding in its midst.

Unfortunately, honour killing is still a part of most legal systems in our rural areas. There has never been an earnest attempt to abolish this practice, because most of our parliamentarians come from feudal backgrounds and, as such, they would rather protect their backward traditions than do what they are supposed to do – to help their people and give them basic human rights.

Under feudal rule, if a woman is charged with a crime, it’s immensely difficult for her to prove her innocence because she is seen as a secondary citizen and therefore, a man’s testimony is given more weightage. On top of that, she has no right to defence in the court of a Sardar.

In the span of 86 days after the killing, no arrest has been made so far, which reveals how ineffective the local police are when it comes to protecting the lives, property and honour of the common man. The SSP of Jacobabad has been useless in this entire investigation. Various reasons are behind his lacking, one of which is the enormous pressure he is being kept under from the political elite – particularly from an office bearer and provincial head of a political party.

So far, just one police raid has been reported, and that too has been of no avail. Above all, a few Jacobabad police officials were arrested by the Frontier Corps (FC) Balochistan for using a non-custom paid vehicle. This incident highlights the carelessness and unprofessional attitude of the local police. Despite this, the honourable chief justice of Pakistan issued a notice concerning the incident in front of the press on April 29th, 2015.

It came off as surprising that even a notice from such an established individual of the country couldn’t push the Sindh police to fulfil their obligatory duty. If this couldn’t, what can?

If, even in 86 days, the Sindh police have not been able to coordinate with the concerned law enforcement agencies based in Balochistan, then it puts a major question mark on their competence. The police force is the frontline law enforcement institution, which is legally and morally bound to protect the citizens of the nation, according to Article 25 of the constitution of Pakistan and yet, it fails to fulfil its basic duties. Why has the SSP not been suspended as yet? Why is everyone in a state of deliberate numbness? Perhaps the SSP is assured by the ruling elite of Jacobabad that the matter will be resolved and will be nipped in the bud by the local jirga.

Not even a single member of parliament has discussed this critical matter in their concerned assemblies, which sheds light on their misplaced priorities. These local members are often Sardars, Waderas and Mirs of their tribe. During elections, they tend to camouflage themselves in front of the media and voters, showing opposition against heinous acts such as honour killing. However, in reality, they have double standards and are protectors and beneficiaries of such ancient customs.

I cannot even begin to explain the difficulties my family has been facing ever since we lodged the FIR against her death. Death threats, profanities and the murderer’s glorification on social media are all being used to bully us and coerce my father to settle the matter in a Sardar’s court.

This will result in the murderer enjoying immunity for being a man who holds the license to murder women in the name of honour.

Almost every system of the world has gone through a slow but steady evolutionary process, where it has been continuously refined with the passage of time. But in Pakistan, this does not seem to be the case. Here, the proceedings are not only irrational, but against the teachings of the Holy Quran and its spirit of Ijtehad (independent reasoning).

Our society must play its role rather than just stick to reading the news and forgetting it once the day ends. The educated civil society and members of NGOs must come forward to work alongside their countrymen from other remote areas of Pakistan in order to give them a moral push to fight against social odds such as honour killings.

It is time that every law-abiding citizen, from all ethnic backgrounds voices their opinion. We have a right to believe in a Pakistan of equal rights.

The author is a business graduate and an ex-banker. He is a human rights activist as well as an active member of the Justice for Tahira Khoso Campaign. He tweets as @khalid_khoso