1971 confession: After Bangladesh, is Balochistan’s disintegration next on India’s list? 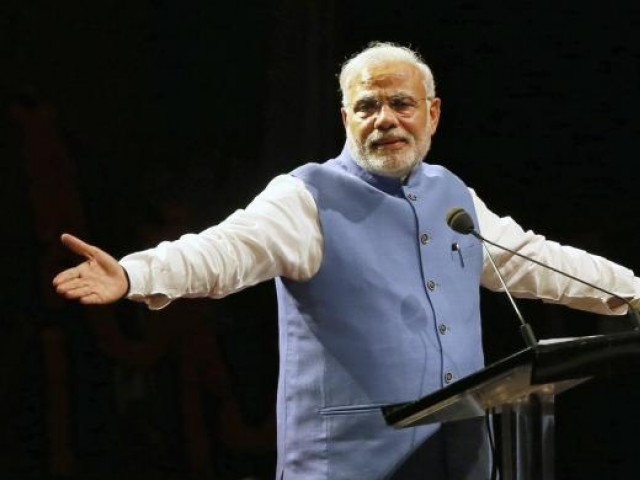 Prime Minister Narendra Modi reacts as he speaks to members of the Australian-Indian community. PHOTO: REUTERS

I heard what my ears would never want to hear again – Narendra Modi’s acceptance of India’s lethal plan in the disintegration of East Pakistan in 1971, and its threat to destabilise Pakistan through terrorism. Clearly the statement was aimed at fanning hatred against Pakistan in Bangladesh.

This also proved that the specific aim of creating RAW in 1968 was to subvert the people of former East Pakistan and prepare grounds for the creation of Bangladesh for the training of over one million Mukti Bahini.

The controversy grew even more after his minister of state, Rajyavardhan Rathore, made a controversial statement on June 10th stating that India will enter any country, mostly focusing towards Pakistan, which harbours groups of terrorists or individuals with ill intent towards India, and they will strike wherever they want to.

India needs to revisit and re-evaluate its statements, in order to avoid tensions brewing any further, since our army and nation have deep regard for their motherland. According to a global survey from WIN/Gallup International, Pakistan ranks significantly high in the ranking of countries where people are willing to fight for their country.

Even the Myanmar situation comes off as a baffling one. A day after their confession of the Myanmar adventure, matters took an ugly turn when Myanmar rejected assertions that Indian armed forces entered their territory in pursuit of rebels. Regardless of whether they did it or did not, a few prominent journalists in top Indian media houses commented that Indian troops and the Indian government failed to respect the sovereignty of a country like Myanmar.

On their own, these apprehensions may not amount to much. But taken as a handful, such fears could eventually erode India’s credibility.

“There should be sobriety and maturity. Jingoism and boastful claims are not going to help the operations of India’s Special Forces.”

It gets more worrisome when the Indian defence minister stated that that his country will use terrorists to counter terrorism.

India, I feel, has not come to terms with the existence of Pakistan and keeps hatching conspiracies to undo it. The enormity of the statements given by India is a serious issue. We have heard of ‘rogue’ states, ‘failed’ states and ‘terrorist’ states. What kind of nation does India want to become?

The excerpt below is from a speech made by Modi, which adds a whole new dimension to the debate.

(A Hindu terrorist? Pervez Musharraf, don’t you know that a Hindu can never be a terrorist. But, listen up Musharraf, if a Hindu ever becomes a terrorist because of your doings, Pakistan will be wiped off from the face of the earth.)

It is worth noting that India was the first country in South Asia to introduce the concept of cross-border terrorism in 1971. RAW is used as an instrument to apply state terrorism, indulge in false flag operations, psychological warfare and espionage, destabilise and topple neighbouring governments, and browbeat them into accepting India’s hegemony.

A simple question that needs to be answered is – what else is state-sponsored terrorism?

The facts are clear enough. Mr Modi’s statements are a clear indicator towards the deep-rooted terrorism they use to destabilise their neighbouring countries.

It’s a pattern really, how successive Indian governments have dealt with sponsoring terrorist activities and labelled Pakistan as the perpetrator time and time again. Terrorist attacks from the past decade have only sown seeds of hatred towards Pakistan and acted as a barrier in India’s foreign policy dealings with Pakistan.

Before writing and promoting an anti-Pakistan book in India, American analyst and author Christine Fair said in 2009,

“Having visited the Indian mission in Zahedan, Iran, I can assure you they are not issuing visas as the main activity. Moreover, India has run operations from its mission in Mazar (through which it supported the Northern Alliance) and is likely doing so from the other consulates it has reopened in Jalalabad and Qandahar along the border. Indian officials have told me privately that they are pumping money into Balochistan.”

Another US analyst, Laura Rozen, explained the India-Taliban nexus,

The recent inopportune and highly provocative statements depict that it may be time for the world community to determine whether Indian hegemonic policies are the problem or a solution to the issues of peace and stability in the region.

Ultimately, change for the better in South Asia and India can only come when its politicians and people wake up, stir and fight for a genuine democracy, not a government that acts as a terrorist puppet.

The conclusion is obvious. Since 1990, India has been dubbing Pakistan as a country indulging in cross-border terrorism solely because of its support towards Kashmir’s cause. We don’t want to witness another 1971 debacle. For long, Islamabad has been alleging that intelligence agencies from India have been active in supporting a Baloch separatist movement. India has truly bled Pakistan by its proxy wars.

Let time be the healer, a complete break in ties would give tormented minds in the neighbourhood some diplomatic solitude to ponder over.

Has done his Master’s in Defense and Strategic Studies from Quaid-e-Azam University, Islamabad and is currently pursuing his studies in the same field. He tweets as @shau_ni (twitter.com/shau_ni)

What if an accident like Fukushima or the Bhopal Gas Tragedy repeats itself?

How much Indian civilian nuclear activity is safe?

Pakistan will remain nuclear as long as India remains nuclear