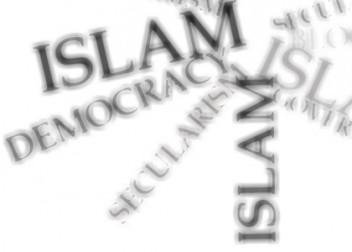 The recent upheavals in Muslim societies generally and Pakistani society particularly has dragged religion itself, which is considered to be the very ideological basis of Pakistan, on cross roads of time. To reconcile religious tenets with modern principles of Secularism and Liberalism seems to be the most critical demand of the hour.

In a society that is, on one side, afflicted with poverty, illiteracy, cultural and religious prejudices and on the other, crushed under the vicious exploitation by the prevailing system of feudalism, in close association with the political arena and thoroughly sanctioned by religious authorities – status quo seems impossible to wither away. However, the recent turbulent wave of religious extremism has increased the craving for the reconstruction of religious thought, in harmony with the modernistic principles.

Religion, whether one admits it or not, is the most efficient tool to delude the masses and utilize and direct them for attainment of petty gains and vested interests. This is true for even the educated class, reason being the unsound education system and the lack of knowledge about their religion. Ignorance always breeds blind following, and the case of religious following by the supposedly educated people is a classic case. The very reason for the mass following of the supposedly educated people is that they consider it a service to their religion, when in fact they are smiting an irreparable damage to religion and through it, to society. An ordinary person in our society, well equipped with modern technical education, would support the “Islam system” and “Khilafah” when as a matter of fact, he has no real idea about what an Islamic political and economic system is and what “Khilafah” actually means. He merely considers this the measure of his love and devotion to his faith to support any voice that ascents in favor of these theological arrangements of politics and economics, while utterly failing to analyze these precepts rationally.

Secularism is one of those principles that have been ravished unremittingly by religious authorities, so much so that the very name is akin to being the enemy of religion, hence the enemy of the state created in the name of religion. Thus, any advocate of secularism in our society is deemed as an advocate for a “godless state” or a state averse to religion and religious practices. Although, secularism taken in it’s accepted and prevailing form, is not in clash with religion per se; the only thing it demands is that religion be a personal matter and the affairs of the state be liberated from religious influences, thereof triggering a severe clash with the supporters of political Islam, an ideology though deeply rooted in history, has emerged and intensified as a backlash against the colonial occupation of the Muslim world by the West.

A theocracy intrinsically is bound to discriminate people on the basis of their religion. Even if it treats the minorities humanely, at some point it is bound to discriminate in favor of the people following the religion of the state. Throughout history, this has been proven without an exception and is still favored by the present proposed system of a theocratic state. Interestingly, the proponents of a theocratic state aim at running the affairs of such a state in more or less similar manner as was run in the Islamic society more than a thousand years ago. In other words, the followers of the religion that stresses upon the utilization of human knowledge and abilities of intellect more than any other faith refuse to come to terms with the eternities of milestones crossed by human understanding during the last thousand years, which they are actually instructed to do through a phenomenon within religion: Ijtihaad. The lack of any such process has degenerated the religious mindset into a rigid cognition, sticking its head in the sands of devoted yet blind following.

This is not what Islam teaches

Islam teaches a system of governance, based on justice, tolerance, respect and brotherhood. “Khilafah” was just a political system interpreted by the humans of old times according to their understanding and the cultural and political requirements of their age. We are not bound to follow the same pattern of political and social infrastructure. We need to follow the underlying principles of humanity, and upon it built a system in harmony with modern age. That’s the beauty of a faith that is destined for all times and places. Hence, the principles of secularism are in no way with clash with the tenets of religion. Secularism is not based on rigid principles, or religious prejudices, or social biases. It seeks the harmony of society through freedom of religion for all citizens, without regard to their creed. Isn’t that what religion teaches? It aims at treating people equally without any bias on the basis of their caste or color. Isn’t that what the prophet (PBUH) preached about?

Throughout history, Muslim states that can be termed pseudo-secular, according to modern standards, have existed, and whenever they have, they have proved to be far more prosperous as compared to the theocracies. A theocracy, on the other hand, that concentrated the power in the hands of a single “Khalifah”, has mostly tended to degenerate into worse forms of fascism. That’s quite natural. The immediate time after the prophet (PBUH) was an exception, but after that, whenever such a system has existed that sought to concentrate power in the hands of a single person, has proven to be disastrous.  It was akin to the ancient kingdoms of Rome and Persia. On the other hand, under a more tolerant and pluralistic state, human intellect has always flourished. The medieval Islamic societies that produced philosophers and scientists like Ibn-e-Sina, Ibn-e-Rushd, al Ghazali and al Farabi are striking instances of this historical fact. It was Muslims who preserved the Greek philosophy and then transferred it to the Europe of the Renaissance. It was Muslims who not only translated the Greek philosophy, but also openly debated and discussed it in their intellectual discourses. Ibn-e-Rushd, a highly revered philosopher and jurist in the West, is actually considered to be among the fathers of Secularism. Only this highly tolerant and liberal social and political attitude managed to bring about what we can boast off as the golden period of Islam history. No doubt, the power in those societies resided with the kings and Khilafas, but the system and society overall was more tolerant and tended to embrace diversification.

Associating Secularism with atheism or godlessness is narrowing it down to an extremely biased interpretation. Secularism does not seek to demolish religion. It does not aim at curbing religious freedom and practices. Religion has and can co-exist, and not only co-exist, but also actually flourish, in a secular society. It only directs towards an individual life and a collective society of peace and harmony. It only seeks equality based on the universal principle of humanity. A principle that needs to be learned and revived more than any other lesson today.

A student of telecommunication engineering, a cinema fanatic and a blogger.

Two faces of the hypocrisy coin

Napoleon once said, 'History is a myth agreed upon'