A tribute to a police officer, from his daughter 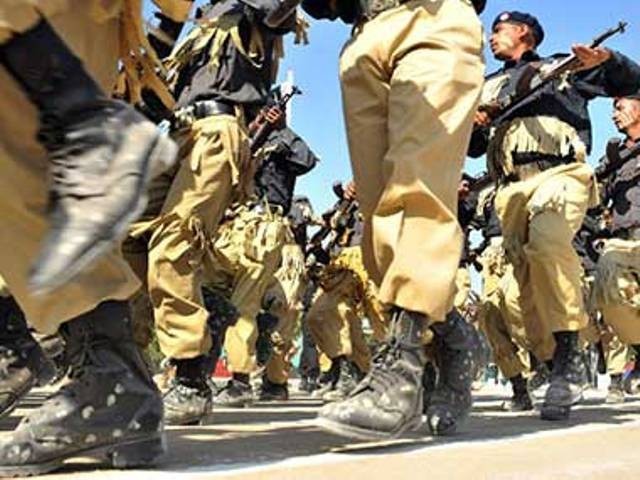 I feel sorry for the police because of the complete absence of respect we extend towards them. Photo: AFP

“He is also some $%&@^ police officer,” jested a friend while talking about a recent incidence.

And certain uneasiness took over me.

I was not new to this uncalled for ridicule but every time it happened, it would hit me with new intensity. Part of me wanted to scream and let everyone know that I am a competent and honest police officer’s daughter and that they should stop generalising all of them. But the wiser part of me felt threatened and cornered, as it knew that everyone would nod and agree for the moment but start complaining and mocking the moment I leave.

Tired of the same confrontation, I decided to stay quiet.

My daddy was an honest, hardworking and competent police officer. All these adjectives might seem oxymoronic when coupled with the words ‘police officer’ but it’s true. He was a “ranker” (another looked down upon specie) who gradually progressed his way to the higher ranks. His work was taxing both physically and mentally but the most inspiring thing about him was that he loved his work. It was his cheerful nature and keeping all his work worries away from us which made him an unconventional and loving father. Even today, when I close my eyes, I always visualise him with his signature bright and cheerful smile.

In Pakistan, there are no fixed working hours for a policeman as you are almost on call all the time. We respect doctors, army men and fire fighters for their “fluid” and demanding timings but no one acknowledges the police. I have seen my father responding to his wireless messages even in sleep and never complaining for his hectic duty.

I have seen him fearlessly protect Muharram processions in scorching heat, dreadful election duties, terrible protocol duties Eid duties and many more – and those were peaceful times without any terrorist threats; I shudder to think how he would have fared today. All these responsibilities never let him enjoy any vacation with us. Even as kids, we were always prepared for a last minute plan cancellation due to some emergency duty. It dampened our spirits for the time being but we knew that there were many people out there needing his help more than us. We wanted more of his time but at the same time we were proud of our father serving the country and helping out others.

My grandfather used to tell us an old saying that police duty is like a witch carrying her baby – she could eat the baby up anytime. That is what exactly happened… the hectic routine took a toll on his health and drained all his energy.

He loved his work till the end.

Unlike the armed forces, our police has always been derided and mocked and their services belittled. We, as society, don’t acknowledge their immense sacrifices. Whenever a policeman dies during his duty, the news tickers often announce him as “halak” or “janbahak”; seldom do we hear the words “shaheed” (martyred) used for them and, being a police officer’s daughter, it always stings.

It’s good to venerate our armed forces but why underrate the services of police?

Recently I came across a presumably “funny” video where the police force was being trained by the army. The video ridiculed the panting, breathless, pot-bellied police walas as stark comic contrast to the agile and efficient trainers.

Was it a fair comparison?

Considering the farcical difference in the budget which goes into the training and well-being of both forces, the comparison was absurd. Whenever I see policemen in their shabby uniforms stranded on roads for their protocol duties and waiting to be picked up by their bus, I feel sorry for them. Not because of their hard duty but the complete absence of respect we extend towards them. Their families are also sacrificing their share of time for us.

This Father’s Day, I would like my readers to see the other side of the story. It is painful to be collectively pigeonholed into a villain image, not only for the officers but for their families as well. Behind this maligned and hated, stereotyped image of the police, there are many competent officers who deserve our respect and acknowledgment.