Mr Modi, #DespiteBeingAWoman I have some questions for you 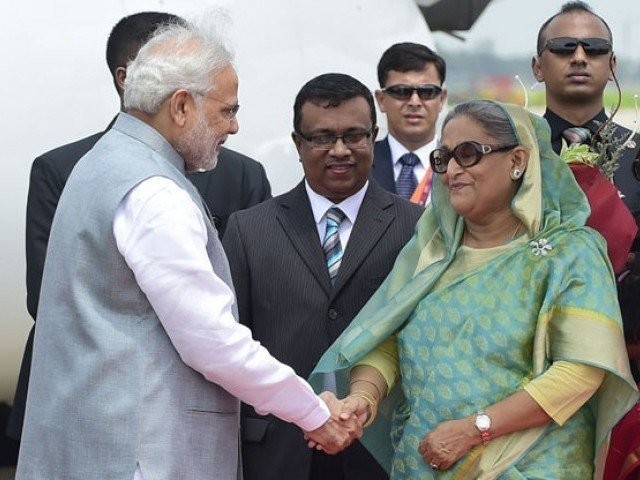 In this day and age, you cannot expect women to silently take abuse and not reply. PHOTO: AFP

A girl, now known as Nirbhaya, was beaten and gang raped. She later succumbed to the injuries and passed away. The people of India took to the streets to protest against this horrific act against women, against humanity.

The world stood with the women of India and unequivocally condemned this barbaric crime.

However, in a country where, according to its own Crime Records Bureau, reported acts of violence against women are at an increase of 6.4%, the prime minister, Mr. Narendra Modi, chose to speak to Sheikh Hasina, Bangladeshi prime minister, that she was countering terrorism ‘despite being a woman’.

I’m not even sure where to begin.

The idea of women being equal to men as human beings is not that difficult to understand. It’s a simple fact to me. It offers me no complications. It has no twists and turns in logic. If it doesn’t seem that way to you, maybe you need to look up words like misogyny and sexism.

PM Modi, in his offhand way, has forgotten that premiership of a country like India does not mean that he can forget the meaning and implication of those words. The idea of men and women being equal is one of the basic tenets of human equality and all your efforts to prove to the world that you are a powerful, capable and liberal country can go down the proverbial drain if you choose to address a fellow premier like that.

It would have been equally politically incorrect of Sheikh Hasina had she replied in kind,

“My, my, Mr Modi, you’ve come a long way in life despite being the son of a grocer.”

It is highly indecorous of political giants to address each other in such a way.

It is even more disappointing to see Mr Modi say such a thing because ancient Hindu/Indian culture has such strong female individuals. Whether it is their religious text or historic archives, you’ll find strong women featured everywhere. In modern day India, women have been elected as speakers of the Upper and Lower Houses of the Assembly as well as speakers and leaders of the opposition. Yet somehow in this same country, young girls are sold for prostitution at an alarming rate and dowry deaths/burnings are more than aplenty.

This contrast of facts comes sharply into focus when the sitting prime minister of the country utters something like that.

Social media erupted into outrage, and rightly so. Today, people’s voices have access to expression. The same medium that can create a hero can bring him down just as easily. Women tweeted ironic images with #DespiteBeingAWoman and, needless to say, Mr Modi’s graph suffered.

I have a new haircut #DespiteBeingAWoman

I am tweeting about politics #DespiteBeingAWoman

#DespiteBeingAWoman I could manage to brush my teeth.

#DespiteBeingAWoman Marie Curie won a Nobel Prize both in Physics and Chemistry.

PM Modi’s statement can be chalked as gross casual sexism, engrained misogyny or, this way or that way, a PR nightmare. You cannot make a comment like that on international media, with the world watching, and expect to get away with it.

In this day and age, you cannot expect women to silently take abuse and not reply. It is my hope – and the hope of every woman in India and elsewhere – that the prime minister seriously considers the meaning and impact of his words and perhaps, before thinking of women as weak, feeble specie, he should remember the person who gave birth to him – and she did it #DespiteBeingAWoman.