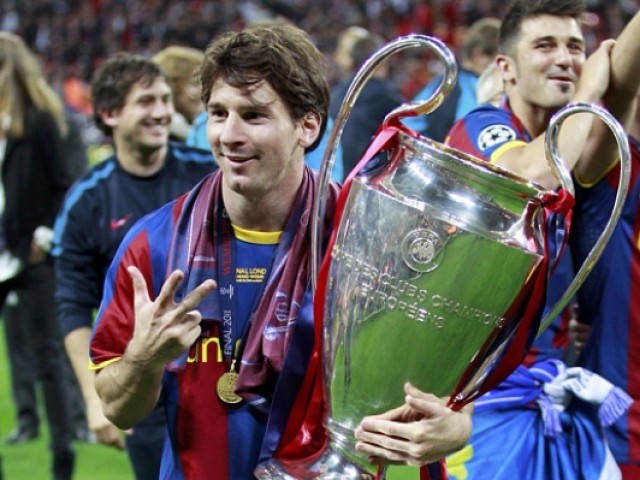 The clash of the European giants lived up to its hype in Berlin’s showpiece final. History was on the line for both teams, though with different connotations. Barcelona were bidding to become the only team in Europe to win the treble on two occasions, whereas Juventus were in pursuit of their own first treble, as well as trying to avoid a record sixth defeat in the cup final.

It was a highly anticipated encounter, after all the greatest attack was against the best defence in Europe. Barcelona were firm favourites in the build up to this game and they lived up to the billing just perfectly. On the glittering night of June 6th, Barca reigned supreme in Europe once again to claim their fifth crown over all, not to mention their fourth title in the past 10 years. Although Real Madrid (10) and AC Milan (seven) have more European titles, Barcelona undoubtedly remains the most successful club in the current century.

The Blaugrana won the treble in 2008 – 09 during Guardiola’s era as well, however, their performance during this season was by far the finest the club has ever recorded. With only six defeats in 60 matches across all competitions, they were truly the worthy treble winning side in the end. It was also more fitting that their path to European glory was not without taming all the reigning champions of England, France, Germany and Italy, the major football powerhouses of the Continent.

Amid all sorts of news about a rift between the coach and the players – creating a turbulent start to the season till the initial months of 2015 – it has come as a remarkable turnaround. Nothing represents the club’s revival more than its motto “More than a club”. The players, the coach, the management, all buried the hatchet for the club’s larger interests and ever since then, the team has transformed into a closely knitted unit with every member fully aware of his role.

The first goal of the final involved no less than nine outfield players which clearly characterised team cohesion, esprit de corps and selfless attitude of every single player. This was the solidarity that Lionel Messi, despite having a verbal spat with the coach in January, opted himself to play as winger in order to accommodate Luis Suarez down the middle.

Messi not only sacrificed the false nine roles but also lifted his game by several notches to remind everyone of his brilliance and greatness. With 58 goals and 26 assists for the season, he has evolved into a more complete version, capable of changing the course of a match at will. Even though Messi did not score in the final, he was decisively involved in every single goal scored by his team.

While the whole team deserves credit for winning the treble, Luis Enrique did complete justice on his part as a shrewd coach who had the vision to plan things successfully. It was his rotation policy which guaranteed availability of an injury-free, fresher looking team towards the critical stages of the season when all the other teams were blighted with injury crisis.

The fearsome trident of Messi, Suarez and Neymar stole all the lime light but somewhere in between the lines, the Asturian coach created the real modification when it came down to a fully functional, well-oiled machine that Barcelona proved to be in the end. Having won the treble in his first season in charge, Enrique has managed to come out of the towering Guardiola’s shadows lunging at Camp Nou ever since he parted ways with the Catalan Club.

As for Juventus, no doubt the defeat served a hammer blow; the Old Lady of Turin will certainly take solace from the gallant fight displayed at the biggest stage of European football. With the game levelled at one goal apiece, they, for once, threatened to take it all if it wasn’t for that one moment of brilliance from the little magician, Messi.  Also for their comfort, they won the league and the Domestic Cup double again and knocked the European champions Real Madrid out of the competition en route to Berlin, hence reasserting their status as the ‘continental giants’.

History was re-written in Berlin but until there is a tomorrow, history will always be on the line. The names may change but the class and calibre of current Barcelona team will always remain a pre-requisite for sure.

The author is a sports and tennis enthusiast who has been playing and following the game for the past 10 years. A true nature lover, who loves trekking and hiking in Northern Pakistan. He tweets as @patriot_231

Argentina and Messi, a story of missed opportunities rather than a fairy tale

Djokovic, Murray or Federer, who will take home the golden trophy?

Wawrinka won the French Open but will he win the Wimbledon as well?