Get over Imran Khan’s women 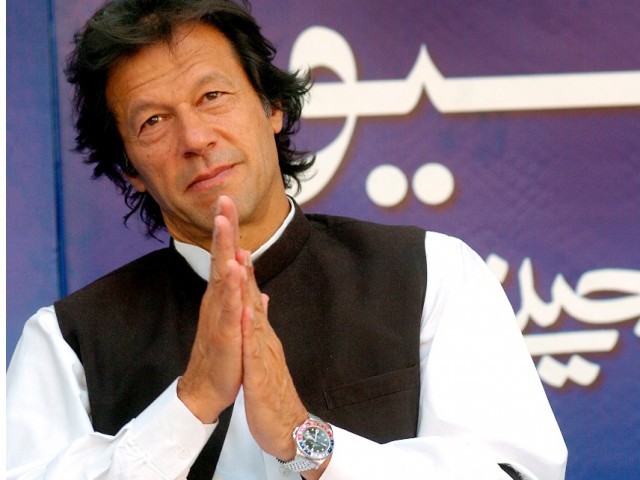 Imran Khan has been blighted with the terrible curse of forever being under that microscope.

Does a politician’s personal life have any relevance to his political calling? Does it really matter how many times he was married (or divorced) or how many women he dated in his heyday?

Former cricketer and current leader of Pakistan Tehreek-e-Insaf Imran Khan has been blighted with the terrible curse of forever being under that microscope; be it his unsuccessful marriage to Jemima Goldsmith or the numerous women he is rumoured to have dated, talk show hosts and political rivals can’t get enough of his ‘shenanigans’, and take every opportunity to use them as proof against why his future as a politician is doomed.

To the people who dismiss him as a ‘playboy’, I would like to point out that unlike many politicians who have suddenly risen (post-flood) like phoenixes from the ashes of Pakistan’s cremated dignity, Khan’s contributions to our country are worthy of note. Shaukat Khanum Cancer Memorial is one magnanimous contribution that has changed the lives of thousands of cancer patients for over a decade by providing financial assistance to those battling the fatal illness.

In a country where there is still no national registry for cancer, and where funds for deploying 3,000 security guards in Karachi seem more important than public health support, this hospital is nothing short of a miracle.

His cricketing career is another feather in his cap, as along with his spectacular World Cup victory in 1992, he has been inducted in the ICC Hall of Fame (yes, you read it correct, not the hall of shame where some cricketers belong).

His accolades suggest that when he is working, he means business. He didn’t disappoint as a cricketer and certainly not as a philanthropist.

Regarding his future in the political jungle, I think dismissing him as a potential failure is naive, and although I can only speculate and not promise it, Khan’s dedication to his work is a pretty good indicator that he will be a dedicated politician.

So, to the Khan-bashers — stop hating and start participating.

In fact, when I searched for “Imran Khan gossip” online, the results showed an attractive Bollywood actor wearing a muscle tee; Google has moved on. It’s time others catch up!