Pakistan should learn lessons from China and avoid conflict with India 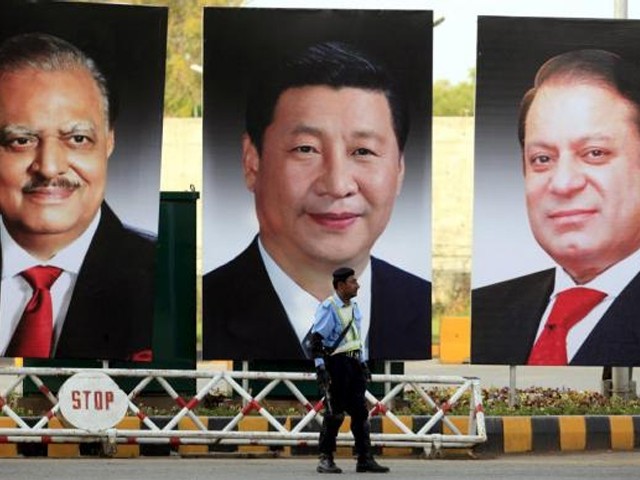 From the very beginning, Pakistan’s foreign policy has been security-centred, but the recent announcement of the China Pakistan Economic Corridor (CPEC) shows that Pakistan has pulled its strings closer in line with the global norms in order to benefit and cooperate with one of the emerging economies of the world.

In times of relative stability, public policies, and systems of behaviour, democratic societies tend to flow in accordance with the dominant paradigm. With the evolutionary emergence of the liberal capitalist order, sustainable economic development is considered to be the most dominant paradigm which relates comprehensive national power to economic development since, the national interests of states and international competition are intertwined.

In pursuit to achieve their desired goals, the states comply with the rules of success designed under the internationally recognised patterns. Within the globalised world order, economic interdependence reduces the chances of conflict between adversaries since the contributors are compensated with equally distributed economic benefits. For this purpose, it is essential that a state avoids conflict with the other states and prefers to build a chain of allies than enemies.

This perspective is fully followed by China. Its colossal trade with India is a remarkable example. Apparently, China has outpaced the US in terms of trade with India. China’s foreign policy emphasises on competition rather than confrontation. Though the US-China relations are rooted with complex standoffs on various issues, yet both are deeply involved in bilateral economic interaction. Emerging as a giant economy, India follows the same principles and believes it should not provoke China, rather take advantage of it as a crucial option among many others

It is eminent that in an international society, relations are based not on trust but self-interests. Sometimes the major states use economy as a tool of politics to intervene in the internal policies of small states by exploiting and controlling their markets under the phenomenon of economic imperialism. Thus, before knotting the ties of cooperation and partnership, one must always calculate the proximity of zero-sum or positive-sum game by introspecting which states are benign or repugnant towards its vested interests. Similar to the social relations of human beings based upon expectations, the states approach those states to which they expect their demands would be safeguarded and fulfilled.

Being a patriotic Pakistani, I certainly share the general public opinion that China brings a glimmer of hope to us through its generous support which will boost our economy in multiple ways. Nonetheless, the CPEC is a mega project which will rejuvenate the soul of the ancient Silk Road, which has been unable to captivate the required potential trade since decades.

Significantly tracing down the facts, however, I consider Pakistan’s scenario is dissimilar to that of China in many aspects. Pakistan is facing two fronts – one against India and the other against terrorists – which in turn diverts its priorities and attentions from domestic development to security enhancement.

If Pakistan is determined to deter India’s power projection, it must obtain economic balance rather than accruing military prowess. Secondly, developing nations have leapfrogged the development ladder by turning on their exports growth. Conceded myriad loses of a free trade agreement with China suggests Pakistan to exceed its exports particularly to China on equal levels by enhancing the production of its domestic industrial sector.

Deeply wrecked by terrorism, I feel that the most challenging impediment that could halt the materialisation of the CPEC is the intense national security issue across the Pakistan-China border areas. Balochistan, Gilgit-Baltistan and the Chinese autonomous region Xinjiang are home to anti-state elements. Hitherto, the perpetrators of the Mastung carnage once again ascertained to what extremes the self-styled freedom fighters can commit atrocities in order to acquire the highest ratings in the hierarchical list of deadliest terrorist attacks, trying to outnumber attacks by Tehreek-e-Taliban Pakistan (TTP) and ISIS.

Following the callous tradition of attacking the most vulnerable targets of society, whose deaths matter more than their lives, the slayers have earned inexcusable opprobrium. It wouldn’t be unimaginable to think that the seeds of poisonous separatism have grown only to poison the national life, particularly of those belonging to the deprived areas of Balochistan and Khyber-Pakhtunkhwan (K-P).

Ideologically isolated, politically backward, and most plausibly castigated for garish ends, the grotesque images of the chronicle of Balochistan convulsing into the fifth era of intense turmoil are impervious to relinquish. Amidst an avalanche of crisis emanating from an oppressive feudal system, enfranchisement of foreign proxies, ignored infrastructure, sectarian confrontation, greater social disintegration, extensive poverty-illiteracy-unemployment, mishandling of resources and negligence of administrative duties, and massive corruption, the recent act of ethnic cleansing isn’t the one to be considered as exceptional.

Proxy and conventional wars enmeshed in aggressive religious, political, and ethnic fault lines have transmuted the 32 districts of Balochistan in which diversity (particularly the north and northern-west parts are inhabited by a large number of Pashtuns, while the urban areas including the provincial capital Quetta is home to Hazara community) is highly distinguishable to become the most crisis-ridden province. It seems to me as the chaotic legacy of Hazara victimisation has now exacerbated to reach Pashtuns. Even though it would be obfuscating the reality that the 22 Pashtuns were executed only on ethnic grounds, they were killed for being Pakistanis.

The Baloch separatists have waged their struggle, as they accuse Pakistan for being manifestly dismissive of their urge to preserve their separate identity and how the government is against their demand for the explicit exercise of the right of self-determination. The sectarian elements embrace the same agenda to destabilise the state. Apparently, it is the religiously inspired ideological revulsion that has been the key ingredient of sectarian conflict, not only in Pakistan but all across the Muslim countries. The ancient proverb that “the enemy of an enemy is a friend” is worth to bore in mind here. Due to the improbability of visualising the foggy line that distinguishes the agendas of separatist freedom fighters from the boisterous sectarian elements, I doubt if they have signed an accord of union against a common enemy.

Adding fuel to fire were the lamenting remarks (sponsoring terrorism to counter-terrorism) of the Indian defence minister who left no stone unturned to further aggravate the security apprehensions between and amongst arch rival neighbours. In response, the Pakistani government has eagerly moulded its foreign policy in the crucible on interaction with India.

The recent stringent remarks by Prime Minister Nawaz Sharif against the involvement of RAW in aiding the terrorists and calling India an enemy willing to sabotage the multi-billion dollar CPEC project, is an open invitation to direct confrontation. While the military has pledged to raise its ante, the proximity of seriousness between Pakistan-India state stakeholders seems as if mistakes from the past are being re-enacted.

It must be remembered that violence is mostly orchestrated on reciprocal terms. As Pakistan ought to support the Kashmir separation, likewise India takes it as a priority obligation to deteriorate the social fabric by bolstering the anti-Pakistan elements. Nonetheless, before the CPEC hits the final stage of implementation, the credibility and durability of security assurances to the Chinese workers is a question within itself.

To some definite extent, the recent attack on labourers in Turbat was an alarming signal highlighting a grim future. Rising dangers replace the receding ones and old problems re-emerge. Apparently, the separatist elements would continue to spew venom whilst in response the state cannot play the role of a hapless bystander. The state has the responsibility to let the law take its due course. Establishing peace must be the sole prerogative of the governing authorities. However, peace should be comprehended intellectually with concomitant socio-political goals, which are attainable only through encouraging national integration and ideological balancing.

Once again, the repetition of the same rhetoric of restoring law and order on behalf of Balochistan and federal government has suffused the national setting. The civilian government cannot leave everything on the security forces. The Balochistan issue needs a political solution more than military infiltration. Being under the scourge of multi-facet challenges, the economic corridor is the most crucial option for Pakistan to achieve significant stability and influence in the region.

Pakistan’s foreign policy should preserve its national interest in the international community, but that can only be the case if it is independent from external aggression. Pakistan’s government should shift its foreign policy and articulate a new energetic vision impervious to external dictation.

Pakistan needs to learn lessons from the Chinese policymakers and avoid direct conflict with India, bolster cooperation with Afghanistan, and other countries on equal positive-sum grounds. For Pakistan, the initiation of the CPEC will be a defining moment, as it undergoes initial stages the country needs to see the error of its ways.

I must say that to entrench a win-win approach vis-à-vis the economic corridor, we have to overcome the haphazard created by the follies of our inept and self-centred views. We do not have moment to spare.

The author is currently pursuing a degree in international Relations and is determined to bring a prosperous change in society.