#Justice4Feras: When the US police kills another innocent victim and no one cares 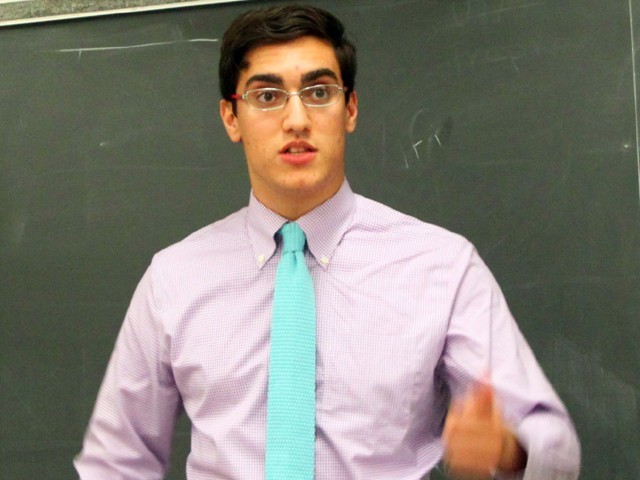 A 20-year-old Muslim graduate of El Camino Real Charter High School, named Feras Morad, was shot dead by the US police last Wednesday for ‘refusing’ to obey the officer’s instructions.

Witnesses of the incident reported that the student had been high on ‘magic mushrooms’ for the first time at a party in Long Beach, California. Due to the effects of the drug, Morad jumped through the second floor window which created panic amongst his peers who informed the police out of concern for his safety.

Upon arrival, the police tasered him and subsequently, shot him dead. The police stated that he had been acting in a ‘threatening manner’ and ‘refused’ to obey their orders. Therefore, they stated that they,

His family was neither informed by the police nor the hospital or the LA county coroner’s office. They eventually found out about the incident through Facebook.

The Justice4Feras Facebook page stated that the boy was unarmed, bleeding due to multiple wounds and possibly suffered from a head injury due to the fall, when the officers demanded compliance. He did not physically or verbally indicate any signs of aggression, but was rather confused and wounded at the time.

This isn’t the first time the US police have been accused of brutality and misconduct. According to the recent statistics published by The Guardian, on an average, three people are killed by the US law officials on a daily basis. This year alone, 102 unarmed citizens were killed by the police, out of which 63% were minorities. Hence, it is not surprising when the United Nations Human Rights Council (UNHRC) claims that the US has failed to introduce the UN’s recommendations from 2010. Not only have they been impugned for using excessive force against minorities, but have also been accused of racial inequality with regards to the death penalty.

One of the reasons why the US police continues to kill people without taking them into custody is perhaps due to lack of publicly available information. Jim Bueermann, a former police chief and president of the Washington-based Police Foundation, states that,

“These shootings are grossly under­reported. We are never going to reduce the number of police shootings if we don’t begin to accurately track this information.”

Earlier this year, the Washington Post decided to compile a database of every fatal shooting caused by the police, as well as tracked details of the circumstances that led to the incident. A detailed investigation revealed that although 50% of the victims were white, about three-fourth of the victims who were unarmed were minorities.

I believe that the police officer involved in Morad’s case needs to be brought to justice. Expected measures were not taken during this incident, including protection of the local public or propagating the need for a more just society.

According to the law, the US police is only authorised to use deadly force when they fear for their lives or the lives of others, none of which applied to Morad’s case. Unless the officer involved in this particular crime is not held responsible, such incidents will occur continuously. There have been numerous occasions over the past few years where unarmed citizens, a majority of whom were minorities, were killed by the police. Most of these incidents have not been reported consistently by the Uniform Crime Reporting Program, since reporting on the police is completely voluntary.

In my opinion, the law enforcement agencies need to make this requirement mandatory, as well as hold the officers involved in such incidents into custody. Awareness related to these cases needs to be made more accessible and transparent in order to decrease the occurrence of such incidents in the future.

Morad was amongst the list of victims against who unjustified lethal force was used by the US police. His friends and relatives are shattered and are demanding justice. The police could have taken several measures to protect themselves instead of killing the student. I, along with many many others, strongly believe that whether it is one person like him, who had no criminal record and was completely unarmed, who meets such a brutal death, it is society as a whole. And denying him justice is denying justice to the entire society.

The law officials involved need to be brought to justice. And according to US Constitution, no one is exempt from the law – not even the police.

The author is a graduate from Lahore University of Management Sciences and is currently working on the US Aid Power Distribution Program. She is essentially involved in issues related to women empowerment within the energy sector. Other than that, she loves reading as well as painting.

Why shouldn’t our transgender community have a job quota in Punjab?

Transgenders in Pakistan: An identity card hasn't accomplished anything