Pitch Perfect 2 is not so perfect after all 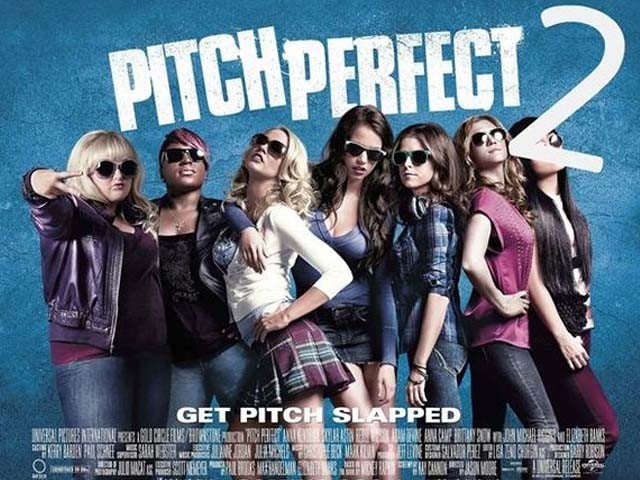 Even with almost two hours of a running time, Pitch Perfect 2 came across as a hot mess. PHOTO: TWITTER (@oberlinapollo)

Having a commando situation in the opening scene with one of the biggest celebrity cameos Hollywood can pull off (President Barack Obama and his wife), the movie Pitch Perfect 2, directed by Elizabeth Banks, sets the tone for a ride very different from the first one, and I’d like to say, it’s not in tune with what it wants to sing about.

The prequel worked because it was a lot about the freshman struggle and the issue about not fitting in and standing out. It worked because it celebrated the underdogs, whereas the entire second movie talks about competition. While there are other storylines, they all seem undercooked and make the movie come off as haphazard. The humour is another mediocre aspect in the movie since the jokes were dry and seemed very forced and predictable.

The movie follows the Barden Bellas after winning the acapella championship three times during their final year at college. Due to the opening scene incident, their dean tells them not to perform at any acapella showcases in the future. They lose their rights to tour the US and their spot is given to the best acapella group in the world, The Sound Machine.

The movie documents the Bellas being outshined by The Sound Machine at every level except the final battle, the World Acappella Tournament, which, if they win, will restore their right to perform. But of course, The Sound Machine is so much better a group.

Meanwhile Beca (Anna Kendrick) gets an internship at a recording studio where she is hoping to become a music producer. Along with all the Bellas drama, graduation, and worrying about life after college, it is great to see the movie highlighting an average college student’s struggle. The film allows the audience to relate to the characters, and this seems to be the only factor that shows the connection Pitch Perfect had made with the audience in the prequel.

Besides that and the relationship drama, the movie seems to be all over the place. With so much going on in one film, the main event, the world championships, passes by in a much shorter time frame and the struggle of the Bellas seems to end up in naught.

While I understand that new Bellas needed to be added and having Hailee Steinfeld, who plays Emily, on board was a move to attract the younger audience to the film, having a new character storyline seemed very forced.

Coming to the music of the film, composed by Mark Mothersbaugh, it is much better than the prequel. The choreography improved drastically and the performances of The Sound Machine were a visual delight. The Cup song even got a makeover which involved a beautiful and heart-warming scene.

I had higher expectations from Pitch Perfect 2 and I was expecting it to take me on an emotional ride, something which the prequel did. Pitch Perfect enabled me to connect with the characters in a film that gave its characters ample screen time to tell their story, but with Pitch Perfect 2 starting when the Bellas are in their final year at college, as opposed to the freshman year in the prequel, there should’ve been more of what made the prequel muster up a cult following.

Even with almost two hours of a running time, Pitch Perfect 2 came across as a hot mess, and with so much going on, it did not click like it should have.