Here is why I can’t trust the police in Pakistan 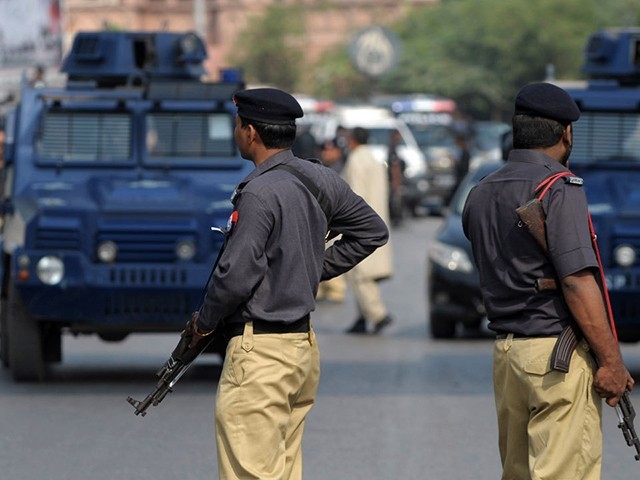 A look at the Karachi operation. PHOTO: AFP

A friend’s recent encounter with the police has left me fuming. He was waiting for his sister outside a restaurant on a busy road, when a transvestite tried to get into his car. Seconds after he told the transvestite to go away, a police mobile stopped next to his car, as if waiting to pounce on him and hurled a series of accusatory and demeaning questions at him.

He had not been committing a crime nor attempting to do so, then why was he dealt with like a culprit?

And would he have been treated the same way had he been in an expensive-looking Prado? Admittedly, what I have just mentioned is an age-old debate but that only means that each and every one of us needs to stand against this deplorable behaviour on part of our police.

Personally, I refuse to remain passive towards all this nonsense and I say this not only because I am a citizen of this country and someone who has fallen prey to the corruption embedded in our law enforcement system, but also by virtue of the fact that in the past one year, I have personally interacted with police officers of all ranks as part of my job at a local public policy think tank.

Despite several people discouraging us and even warning us regarding women’s safety at thaanas (police station), a female colleague and I visited a number of police stations in Karachi. I would be lying if I said that we ever felt unsafe or even remotely insecure at any of our meetings with the police officers. In fact, some of them were extremely respectful. I do not know whether this was due to the fact that we are lawyers or because we consider ourselves to be alpha-females, but I highly doubt that we would have felt the same way had we been accused of a crime or had been a victim of one.

To quote one example of my own encounter with the police a couple of years back, a few girlfriends and I were stopped and interrogated by them because we were travelling in a yellow cab at night. The use of public transport by women in Karachi, especially at night, is a big no-no, but you’d think that in the worst case scenario, there will always be a police mobile or two that you could go running to for protection – except they’re not always around to protect you.

The only reason we were released from their penetrating eyes and crudely phrased questioning was because we spoke confidently and appeared to be from influential families. But not everyone is as lucky. More often than not, the common man is completely unaware of his rights and unless you throw in a few names like your dad’s friend who is an IG or someone in the top ranks, you’re done for.

They will either threaten to call your family or take you to the police station for a crime that you definitely have not committed, or even pressure you for a bribe. Sometimes, all of this is done in the course of a few minutes for absolutely no reason.

If their excuse is that they must take precautions in order to prevent criminal activity, then I wonder who truly believes that. Undoubtedly, there are good men, and even women now, in the police force who work tirelessly to improve the state of affairs, but I can only count them on my fingertips.

Simply put, the reason why the conviction rate is so low in Pakistan is not just because the courts are not doing their fair bit of the work – although I will leave that debate for another day – but also because most cases are not even handed over to the public prosecutor.

Because half the time they are not genuine to begin with.

I am not the first person to complain of this routine oppression and I will surely not be the last. I have heard and witnessed countless horror stories of harassment by the police and as much as I’d like to, I will never grow accustomed to them. These people are supposed to be our saviours and our heroes, not villains whom we need saving from.

It is impediment that the common man is aware of his basic rights, such as under what circumstances and by what section of the law his/her vehicle can be searched and if charges are levelled against anyone, they should know which clause(s) of the relevant statute is applicable in their case. This may seem like an insignificant measure to take for survival in Pakistan but knowing your rights is the first step to attaining them.

Next time a cop tries to throw you off, let them know you cannot and will not be so easily conned. And if that doesn’t work, call that uncle of yours in the government.