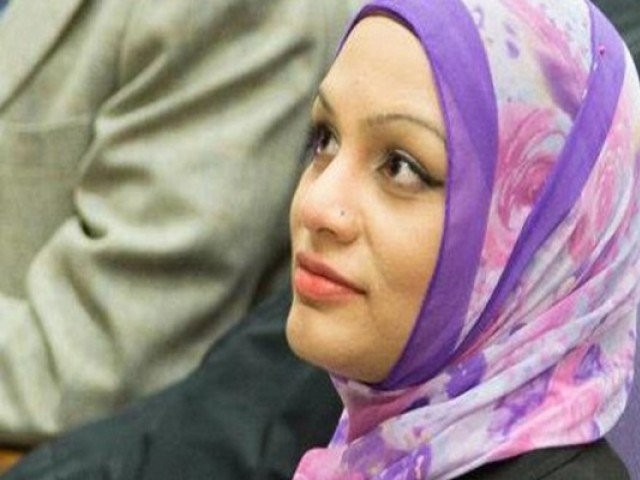 A few days ago, I came across a post on Facebook by Tahera Ahmad. I was left dumbfounded.

Tahera Ahmad was an ordinary Muslim passenger on board a United Airlines flight from Chicago to Washington DC. Ahmad, a well-educated Muslim woman from North-western University, was travelling for a conference, aimed at promoting awareness between Israeli and Palestinian youth, when a rather disturbing incident of racial profiling took place against her during the flight.

She asked for an unopened can of diet soda.

“Well I’m sorry; I just can’t give you an unopened can. So, no diet coke for you.”

According to Ahmad, she was the only passenger who had not received an unopened soda can. Justifiably angry, she asked the attendant as to why she couldn’t have the unopened can as requested, to which the attendant is said to have responded saying,

“We are unauthorised to give unopened cans to people because they may use it as a weapon on the plane.”

The fact that a gentlemen sitting only a few seats away was given an unopened can highlighted the staff members train of thought; Ahmad – who donned a scarf – was the only dangerous person on-board.

The ordeal didn’t end there.

While this incident was taking place, Ahmad tried to look around for people to support her and witness the blatant discrimination that was taking place against her – but no one came to her aid. In fact, some of the passengers threw racist slurs at her and asked her to stay quiet.

One of the passengers, according to Ahmad, shouted from the opposite aisle,

Startled by this comment, all she could do was turn around and say,

To which the person replied,

After coming across this post, many questions stormed my head. I tried to put myself in the shoes of the flight-attendant and come to some sort of reasonable conclusion – but to no avail. Then I tried to think about it from a passengers perspective, and knowing that other passengers were being given the unopened can left me with no excuses again. Then I tried imagining myself in place of Tahera Ahmad, and the only thing that came out of that was unabashed anger.

How could a flight attendant be so disrespectful to a passenger?

While it would be easy to say that this is not new for a Muslim, it is absolutely unacceptable. We live in the 21st century and such humiliating treatment meted out to one for their religious beliefs should be intolerable to every single person subscribing to the mere concept of humanity!

Every now and then, we come across cases where Muslims in non-Muslim majority countries are discriminated against, because they wear a particular outfit or live in a particular area. The case of Darlene Hider is case in point. Hider was ridiculed by a Delta Airlines staff member, and she and her children were seated right at the end of the plane. The fact that such treatment has become so common could be one of the reasons this particular flight-attendant did not think twice before speaking to Ahmad in such a derogatory manner. She may have thought that her bigotry would go unpunished – that there would be no consequences for them.

With passengers taking the side of the flight-attendant, she got the support and stamp of approval she required to keep going on with her dogmatic charade. It is utterly disheartening that even Ahmad’s fellow passengers could not adhere to the tenets of respect and equality. Many will say that this entire fiasco is being blown out of proportion and that a soda can is a soda can, opened or unopened, or that she could have just asked the flight-attendant to clean the can before handing it to her. But to them I ask, would you not be offended if you were not allowed to enter a building because of the clothes you wore and other people were? Would you accept a dirty tissue while everyone else received a clean one? What if you were told you could not work someplace if you do not wear a hijab – would that be okay? What if you were told you were not allowed to work some place because you do wear a hijab? This uncivilised behaviour is unbecoming of a world moving towards equality on a global level. America prides itself on diversity and equality for all, but what is that standard of equality? Who are the exceptions to that standard? Muslims?

When news of the incident broke out, social media was replete with users declaring solidarity with Tahera. Soon enough, a trend was started on Twitter, with the hashtag #unitedfortahera in her support. Many people also stated that the airline in question had lost its reputation and thus, many would not be travelling on it again. Few people also showed their dissatisfaction on United Airlines by saying they will never fly with the airliner again. Here is what people had to say:

#UnitedForTahera: Muslim Woman Claims She Was Discriminated Against on Flight After She Asked for an Unopened Diet … pic.twitter.com/yIQhxZdYJf

We fed @TaheraHAhmad wings, cake & gave her an unopened can of Diet Coke to put a smile on her face #unitedfortahera pic.twitter.com/TLyruHlqSS

You must have issues if you think someone can use a can of coke as a weapon. What happened to our society? #unitedfortahera

What does @Delta and @DeltaAssist do when you are harassed? They put you and your kids on the back of the plane. pic.twitter.com/9DpLUNTo5N

@united shall be shamed for providing poor sensitivity training to its employees. We'll take our business elsewhere #unitedfortahera

While we understand that the responsibility for such incidents taking place cannot be thrust upon an entire nation, it is definitely a dark day in the United States of America. There are rules in place for safety and security that should be applied across the board. I do not believe any Muslim would have a problem with that – but when rules become tools for discrimination – there is a problem. Wearing a hijab is a very personal decision made by many women, Muslim and in many cases, Christian (nuns) women. To question them or single them out for it is trespassing onto their personal rights. Whether or not we like a certain segment of society, we have absolutely no right to make anyone feel like a lesser human. And that is exactly what was done in the case of Tahera Ahmad.

Scotland referendum: If they can have it, why can't Kashmir?